This is a true story about putting fear in its place by Heather McMillan. I met Heather at the 2:1 Conference last weekend.

In between two sessions, I felt restless. I got up and scanned the room, searching for someone to talk to. I found Heather. In the span of a few minutes, I learned about her product (which I can't wait to share with you!) and about at least fifteen different things we have in common.

I felt like I was talking with an old friend, and I was overjoyed to hear Heather's testimony about how she cast fear out of her young son's life.

If you're anything like me, you're feeling skeptical at this point. Right?

Heather is for real. Her son's story is real. It gives me hope for my own Gracie who is paralyzed by a fear she often can't explain.

Heather McMillan is the mother of four teenagers, a preschool teacher, and family pastor in Harrisburg, Oregon. She and her husband, Elton, train children's pastors internationally and have a passion to strengthen families in the ways of God. She is the owner/creator of We Choose Virtues whose purpose is to simply inspire character that lasts! Heather has lived her life intentionally close to the Lord and has some remarkable stories of His power and love to share! Follow her on Facebook. 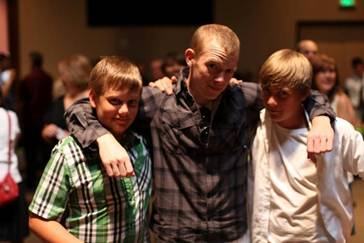 First of all, I hate fear. It is an irrational tormentor that debilitates the soul and paralyzes dreams. Fear makes you live with the effects of a trauma that may NEVER have happened. It does this by attaching the little word Yet to everything. You haven't failedÃ¢â‚¬¦YET. You have not been forgottenÃ¢â‚¬¦YET! It slips in that little doubt that God cannot keep His word and cannot be trusted. Fear is a liar and a cheat, robbing us of our security in God.

God hates it too. While He is speaking words of provision, promise and protection, fear offers people dread instead. When they drink it, they get death where life should be. This is not what God had in mind when He talked about faith being the evidence of things not yet seen! Fear is faith; faith in the enemy's lies. Getting rid of fear starts with repentance for drinking the Kool-Aid!

Fear is opportunistic. If you have a trauma, fear moves in to capitalize like an infection in a wound. Those who have lived with this know how real it is. Forgiving those who hurt us is a good star, but fear even finds a way to affect little children who have never had a bad thing happen to them in their entire lives! How does it manage that? The same way it gets the rest of us. It lies!

No big surprise there!

Too close to home

My son Avery (number three out of four kids in our family) was happy and easy-going for the first two years of his life. He had some minor things happen to him that I believe the enemy really exploited. We were living in a missionary apartment on the third floor of our church while we were waiting for travel visas to go to Liberia, West Africa. I had put Avery down for a nap and ran down to the first floor to put a load of laundry in the dryer. When I returned to the stairwell I could hear him crying. He sounded pitiful. I climbed the stairs and found him sitting on the top step. He said “You went to Africa!” I said “No! No! We didn't go to Africa without you! We would never ever do that! We are not going to leave you! NEVER! Mommy is so sorry!”

Unbeknownst to me, fear had just found a little victim and sank its teeth in. Avery began to suffer from anxiety. He became clingy. Nap times were HORRIBLE. Night time was worse. We didn't notice anything else right away, but gradually over the years he became fearful of leaving us, being introduced to people, the dark, trying new things, going new places, being forgotten, failing in school, and the list goes on. He acted like he had been abused and neglected, and he had never been.

I remember that even as a 5th grader, he would come into our room in the middle of the night just to see us for a minute. He was always tired from not getting enough sleep. He was really good at athletics and other things, but he just wanted watch. I prodded; I begged; I prayed; I counseled; I explained; I supported; I insisted. Nothing.

“I don't know!” was his only answer. Fear was louder and more convincing. Avery wouldn't budge. Grrrrr.

We need the upper hand.

One day when I was pulling weeds in the yard, I got a phone call that Avery needed to come home from school early. He had a stomach ache. He probably had a test that day; they usually made him feel sick. I started getting ticked off.

This kid needed to stay in school! 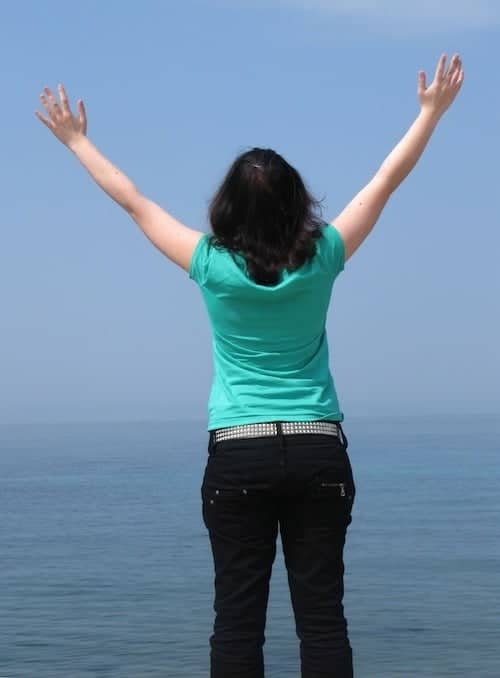 This was a huge annoyance and inconvenience to our lives!

Avery was supposed to have opportunity and influence as a child of God, and he wouldn't even leave the house! This was INSANE! I started crying out to the Lord. “This is not Your will! You have not given us a spirit of fear!”

I immediately began turning my wrath on this enemy and accusing the Spirit of Fear “You are robbing my son of opportunities that the LORD has given him! I rebuke you in the Name of the Lord Jesus Christ! Fear, you leave my son right now! I don't care how you got your foot in the door; I am closing it with authority that was given us by God  "bind Fear in Jesus' name, and I loose the peace of God over my son!”‚

I called it out by every name I could think of. “Fear of people, GO! Fear of death, GO! Fear of darkness, GO! Fear of rejection, GO! Fear of sickness, GO! Fear of failure, GO! Fear of the unknown, GO! Fear of change, Go! Fear of abandonment, GO! Every evil manifestation of Fear, GO! And that is when God reminded me of the incident on the steps. “I don't care if you think you have a right! You have NO RIGHT! What you told Avery was a lie. We didn't leave him. You planted that idea in his head! You are a liar and a thought caster.” By now I was seething because I felt so ripped-off. “I command you to go in Jesus' name.” Then I started all over again. I remember asking the Lord to help Avery to take every thought captive to the obedience of Christ. I would need to teach him that for sure.

My flower beds were weeded in record time. I raked those old thorns and weeds up and crammed them into a bucket. Don't mess with a mother!

My husband dropped our son off with me. I asked Avery to stay in the yard and help me get the weeds into the chicken coop. He was surprised because coming home from school early usually buys you a trip to your bed!

By this time, I was feeling the peace of God, and I just started thanking Jesus for the power we have in His name.

Avery had no idea I had just been fighting for his life.

Out of the clear blue? Hardly.

Suddenly Avery said, “Mom, I'm not going to come into your room at night any more. I don't have to. I'm not trying to get away from anything anymore. I don't even know why I was doing that. I really just wanted to sleep. Now I'm going to.”

Shaking with amazement, I just asked “Why?”

“Something left me in the car on the way home from school. I thought I threw-up but I didn't see anything and then I just knew I was safe.”

We stood out in the front yard and hugged.

When he went around the corner with a bucket of yard debris I watched him until he was out of sight. Then I sat down and cried.

Avery Bruce, whose name means fearless and secure, has never again been tormented with fear or anxiety. He is bold and courageous and is an upright influence on his peers. He loves school and adventure. He is a soft spoken, but very confident young man of 15, and Elton and I are so proud of him.

Avery has often told me that he wants to build me a house in his back yard when he grows up. I know what you are thinking! It is NOT so we never leave him. He said it is so Elton and I have a place to live in between our missions trips to Africa, India and other lands. He also wants to be the Chief Financial Officer of We Choose Virtues someday so he can fund our trips.

Watch out for him! Good things are yet to come!

In conclusion, we don't have to let the Devil walk all over us and steal, kill and destroy. We were given life. Sometimes we have to fight for it with the weapons of our warfare that are not carnal, but mighty to the tearing down of strongholds.

This simple tool will help you destroy - F.E.A.R.