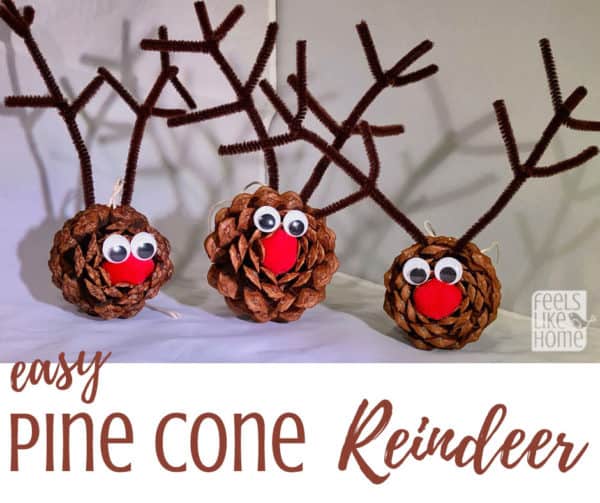 I created this super cute little reindeer craft from a pine cone, thinking it would be perfect for my 8-year-old to make on a chilly and rainy December afternoon.

I got out my trusty hot glue gun and all the supplies, and I invited her to come craft with me.

"No, I don't think so," she said from downstairs.

I sat with wide eyes, wondering what to do next.

"It will be fun. We're going to make reindeer," I urged.

My 11-year-old emerged from her bedroom. "I'll make crafts with you, Mom," she offered. I can always count on her to do my silly kid crafts. She loves creating, and she really loves one on one time with me.

So that is how my big girl came to make a little kids' craft with me and had a great time doing it.

I still think these cute little reindeer would be great for a younger child or even a group of children.

Some of the materials for this craft were provided by CraftProjectIdeas.com. 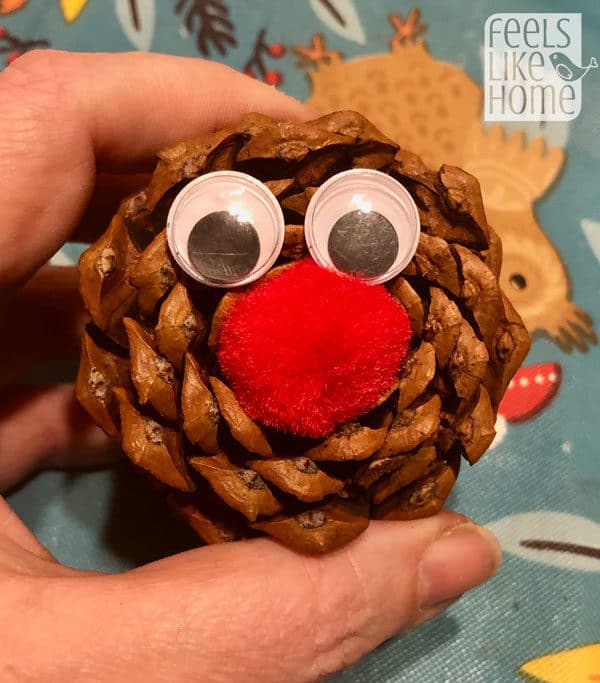 3. Cut some fuzzy sticks so that you have 4 two-inch pieces and one full stick. Fold the full stick in half and crease it to form a V. 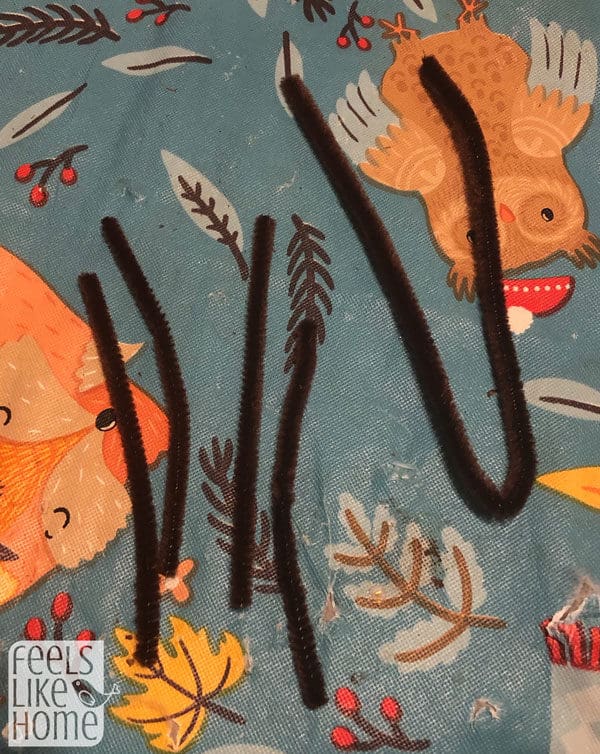 4. Wrap the shorter pieces around the two sides of the V as shown below. I wrapped each short piece tightly around the main antler twice and then shaped it and trimmed if necessary to make the two sides even. 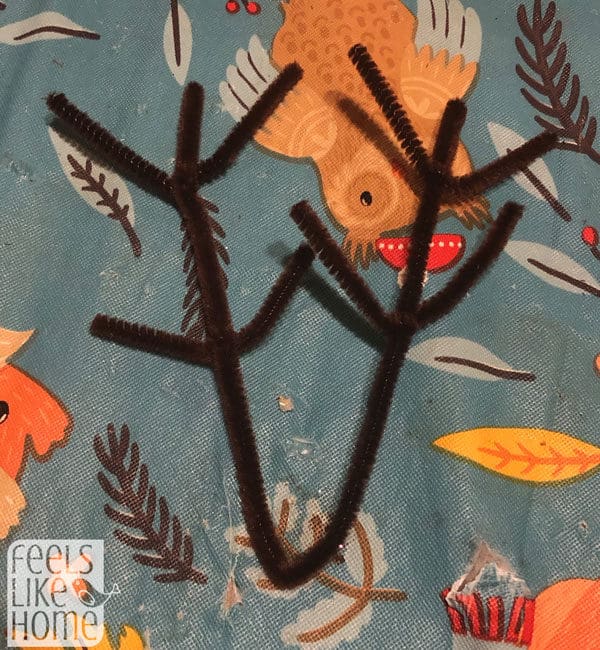 5. Glue the antlers behind the eyes, poking them the whole way down between the scales of the pine cone. 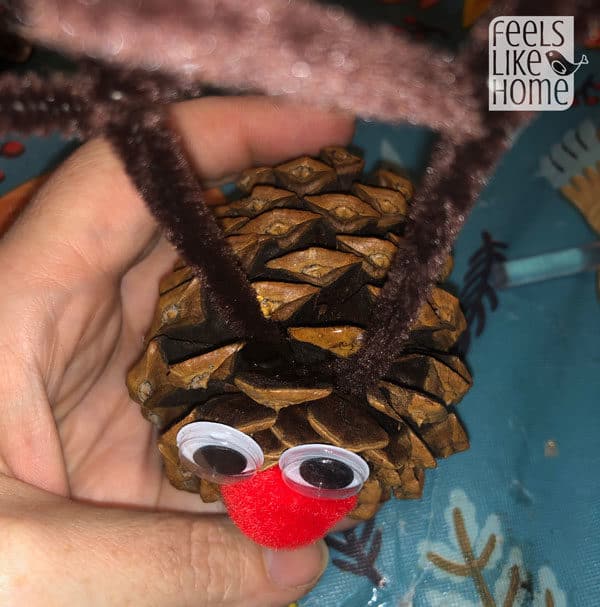 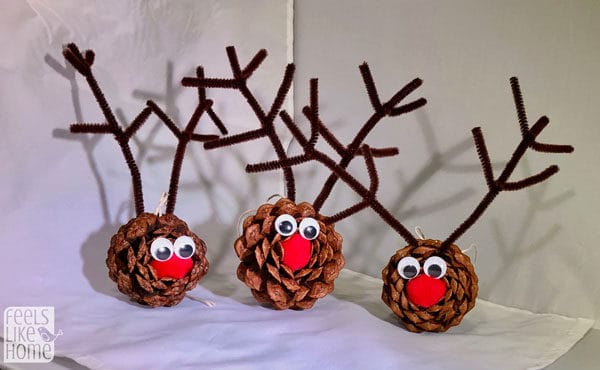 I love these little pine cone reindeer, and I think they're perfect for the Christmas tree or as gift decorations in place of a bow or ribbon. The child who made them with me thought they were fun to make and cute too, and I think they would be nice for even young children, if you used regular craft glue instead of hot glue. I can't wait to see yours!

Be sure to check out the other 4 simple and easy Christmas pine cone craft projects that I shared today! 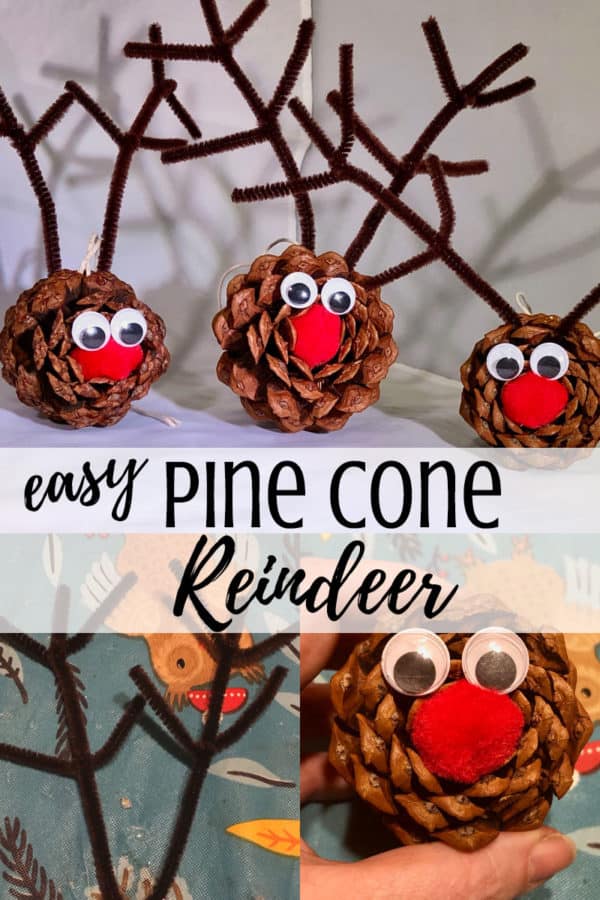 This website uses cookies to improve your experience while you navigate through the website. Out of these, the cookies that are categorized as necessary are stored on your browser as they are essential for the working of basic functionalities of the website. We also use third-party cookies that help us analyze and understand how you use this website. These cookies will be stored in your browser only with your consent. You also have the option to opt-out of these cookies. But opting out of some of these cookies may affect your browsing experience.
Necessary Always Enabled
Necessary cookies are absolutely essential for the website to function properly. This category only includes cookies that ensures basic functionalities and security features of the website. These cookies do not store any personal information.
Non-necessary
Any cookies that may not be particularly necessary for the website to function and is used specifically to collect user personal data via analytics, ads, other embedded contents are termed as non-necessary cookies. It is mandatory to procure user consent prior to running these cookies on your website.
SAVE & ACCEPT
8.2K shares