Traditional Old Bay Steamed Shrimp Recipe for Peel & Eat Shrimp - These delicious shrimp can be cooked in a skillet or sauce pot on the stove. This is the best simple, quick, and easy seafood seasoning recipe. Very healthy with vinegar and no butter. Perfect low carb, keto, paleo, whole 30 dinner. Can be served cold. Can use seafood seasoning instead of Old Bay.

Every year on New Year's Eve, Joe makes three pounds of these Old Bay steamed shrimp for dinner. (It's okay to substitute seafood seasoning for Old Bay if you can't find the latter.) He loves peel & eat shrimp, and while I don't love them as much, I do partake of his bounty on that special occasion.

What is Old Bay?

Old Bay seasoning is sold by McCormick and was originally created by the Baltimore Spice Company in Maryland. In the eastern US, it is synonymous with seafood dishes, but I've eaten it on popcorn, French fries, corn on the cob, fried chicken, potato salad, and many other dishes and meats.

Old Bay is a blend of celery salt, paprika, and black and red pepper. It is smoky, salty, and a little spicy, so a little goes a long way.

Try these other shrimp recipes while you're here: 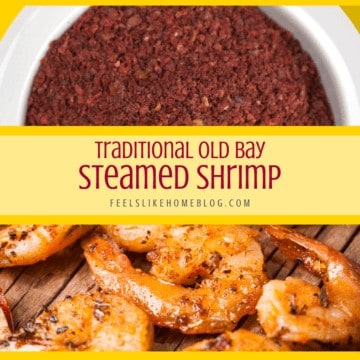 You will need a steamer basket to make these steamed shrimp. If you don't have one, you can also drop the shrimp right into the cooking liquid and boil them. The texture will be a bit different, but they will taste pretty similar. I prefer to eat these shrimp hot, right out of the pan, but a lot of people (including my husband) prefer to eat them chilled as in a shrimp cocktail. I also like to serve these with cocktail sauce which is made from ketchup and horseradish. 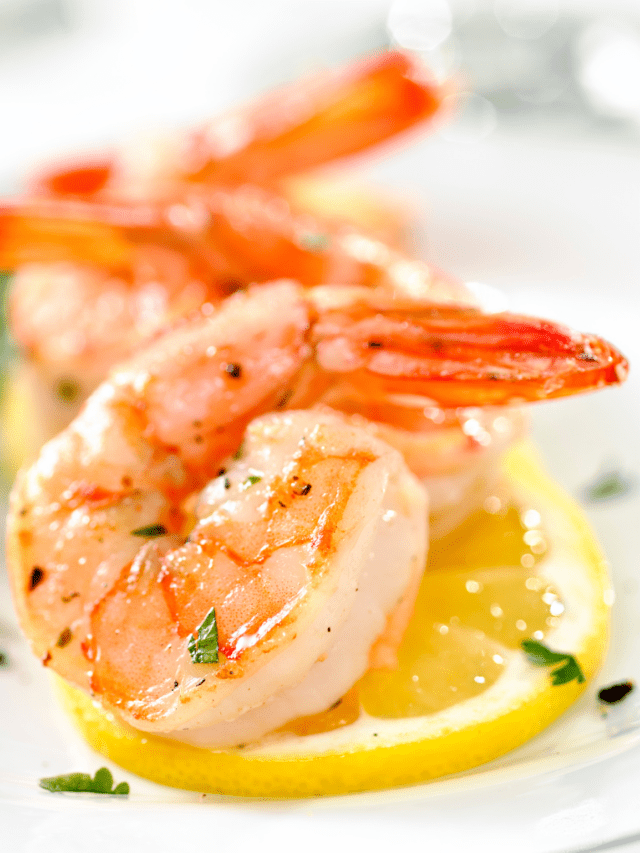