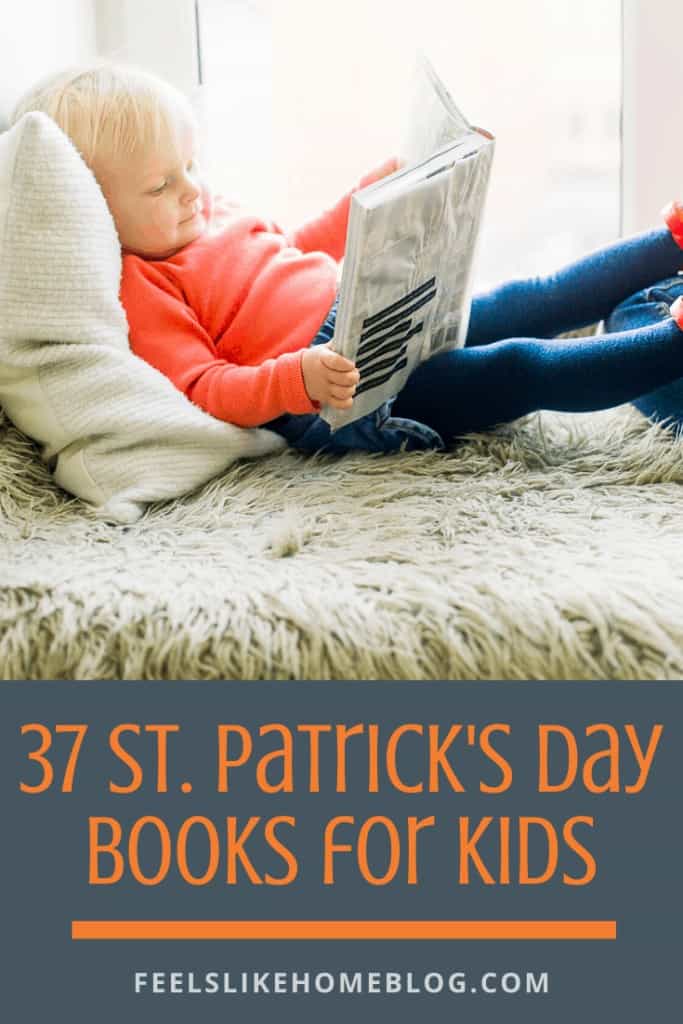 These 37 titles are the best St. Patrick's Day books for kids. They will have your children laughing and reading the whole month of March while they think about leprechauns, shamrocks, pots of gold, and saints.

I also like St. Patrick's Day. I don't know what it is about the holiday, but I find it fun and whimsical and interesting even though I'm not the least bit Irish. Well, maybe a little bit on my mother's side, but it's minimal at best.

I like leprechauns especially because they're mischievous pranksters with secret riches. Who wouldn't want a couple of those?

If you're looking for some things to do, check out this post on 18+ St. Patrick's Day traditions to start with your family. There are some really good ones in there.

37 Best St. Patrick's Day Books to Read to Your Kids

So that's all the St. Patrick's Day books I could find. I'm excited to get my hands on a few (and ordered them from Amazon while I was writing this post!), but the one I'm most looking forward to is Jamie O'Rourke and the Big Potato. I love Tomie dePaola and met him when I was in the fourth grade. His books are always so clever and interesting and well illustrated.

What are your favorite St. Patrick's Day books?

For more classroom & homeschool learning content, check out the Learning Index and for more book recommendations, check out the Reading & Writing Index.

This website uses cookies to improve your experience while you navigate through the website. Out of these, the cookies that are categorized as necessary are stored on your browser as they are essential for the working of basic functionalities of the website. We also use third-party cookies that help us analyze and understand how you use this website. These cookies will be stored in your browser only with your consent. You also have the option to opt-out of these cookies. But opting out of some of these cookies may affect your browsing experience.
Necessary Always Enabled
Necessary cookies are absolutely essential for the website to function properly. This category only includes cookies that ensures basic functionalities and security features of the website. These cookies do not store any personal information.
Non-necessary
Any cookies that may not be particularly necessary for the website to function and is used specifically to collect user personal data via analytics, ads, other embedded contents are termed as non-necessary cookies. It is mandatory to procure user consent prior to running these cookies on your website.
SAVE & ACCEPT
1.1K shares