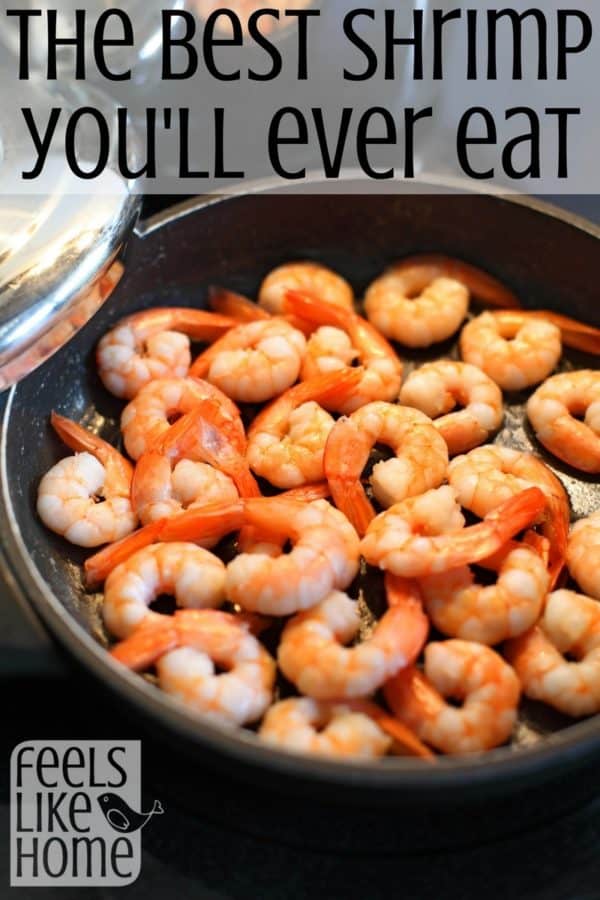 I used to like seafood. Lobster, shrimp, crabs, clams. I ate it all. I celebrated many birthdays at Red Lobster.

When I stopped eating meat in 1996, I lost the taste for seafood. I've never acquired it again.

I've tried different kinds of seafood a few times a year since I started eating meat again, but I've not enjoyed it.

Actually, I've enjoyed deep fried shrimp and deep fried clams. But I don't think they count since they taste less like seafood and more like breading.

On second thought, I really like coconut shrimp, too, but I think that falls under my point above.

Joe likes to make steamed shrimp on New Year's Eve. I always sample one, but that's the end of it. They taste fishy and I don't enjoy them.

I don't understand why they're called steamed shrimp, by the way. They're boiled shrimp.

He's always used the recipe on the back of the Old Bay box:

You will need a steamer basket to make these steamed shrimp. If you don't have one, you can also drop the shrimp right into the cooking liquid and boil them. The texture will be a bit different, but they will taste pretty similar. I prefer to eat these shrimp hot, right out of the pan, but a lot of people (including my husband) prefer to eat them chilled as in a shrimp cocktail. I also like to serve these with cocktail sauce which is made from ketchup and horseradish.

But, like I said, I don't enjoy steamed (or boiled) shrimp.

Fortunately for me, Joe is not a great planner. He bought 2 pounds of shrimp this year, but he neglected to check the status of our vinegar. We don't have any.

In Harrisburg, Pennsylvania, at 5:30 pm on New Year's Eve, there are no stores open that sell white vinegar. Even if there was, the clouds are currently releasing a fine drizzle that's turning to ice upon contact with the road. Going to buy some was out of the question.

What we do have lots of, thanks to Christmas baking, is butter, and butter makes everything better. I was concerned that the vinegar contributed a necessary acidic zip to the shrimp, so I told Joe to throw in some lemon juice (because we had some of that, too).

I know. Cooking shrimp in butter is not the best way to start my healthier eating plan. Let's ignore that point for a moment.

I ate 8 of the little shrimpies, and they were very tasty. I approve. 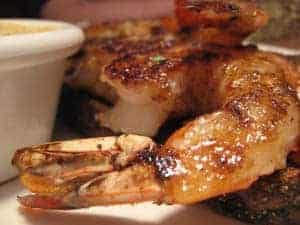 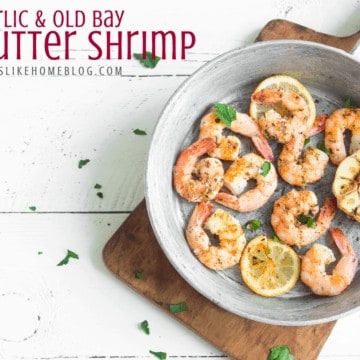 This website uses cookies to improve your experience while you navigate through the website. Out of these, the cookies that are categorized as necessary are stored on your browser as they are essential for the working of basic functionalities of the website. We also use third-party cookies that help us analyze and understand how you use this website. These cookies will be stored in your browser only with your consent. You also have the option to opt-out of these cookies. But opting out of some of these cookies may affect your browsing experience.
Necessary Always Enabled
Necessary cookies are absolutely essential for the website to function properly. This category only includes cookies that ensures basic functionalities and security features of the website. These cookies do not store any personal information.
Non-necessary
Any cookies that may not be particularly necessary for the website to function and is used specifically to collect user personal data via analytics, ads, other embedded contents are termed as non-necessary cookies. It is mandatory to procure user consent prior to running these cookies on your website.
SAVE & ACCEPT
65 shares