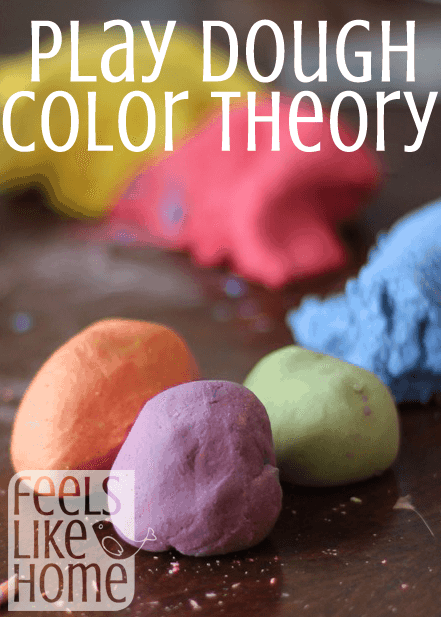 What kids don't love play dough? I know mine do.

One of the things they love most about dough is mixing the colors. If I've spent money on little yellow tubs of dough, the very last thing I want them doing is mixing it into mud. So that doesn't go over very well around here.

I had the bright idea recently to color a big batch of play dough using the primary colors and encourage the girls to experiment with mixing. It was a super fun activity, and they both played for over an hour. 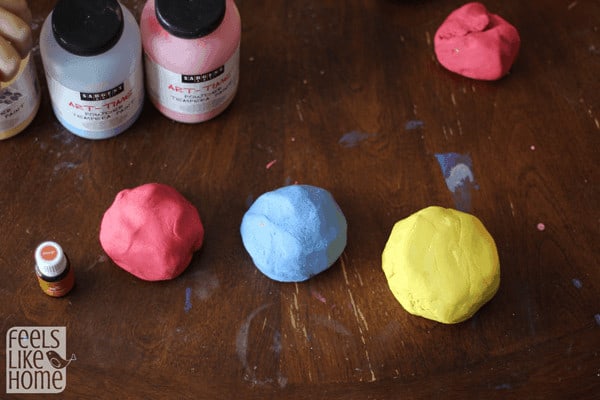 The materials were pretty simple.

Divide the dough into 3 equal parts, one for red, one for yellow, and one for blue. Give each child a ball of each color and encourage her to mix it as much as she wants.

I gave Grace, who is 7, her dough, and she went to town mixing all the colors quickly. 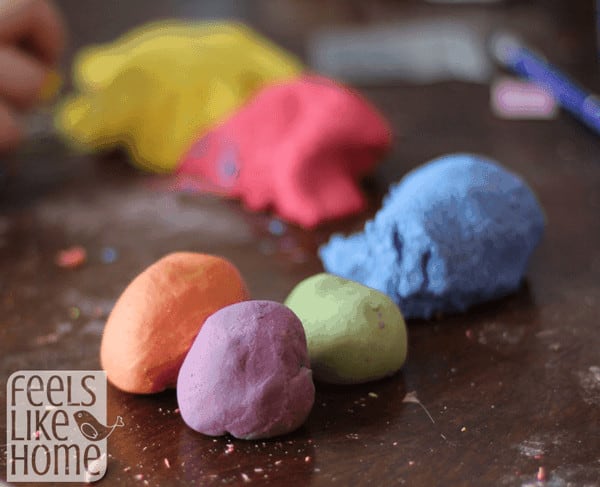 Allie, who is 4, didn't knead hers as much, so the primary colors stayed truer longer. 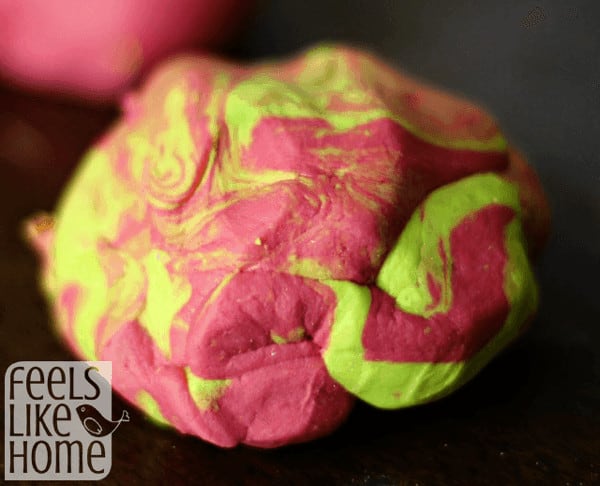 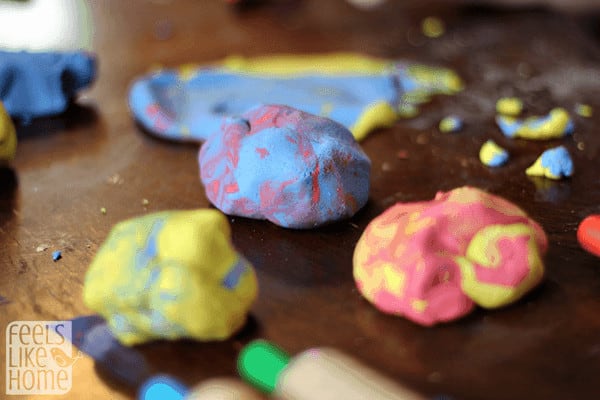 Grace made rainbow dough after she mixed the other colors. This, of course, led pretty quickly to brown, which you'll see below. 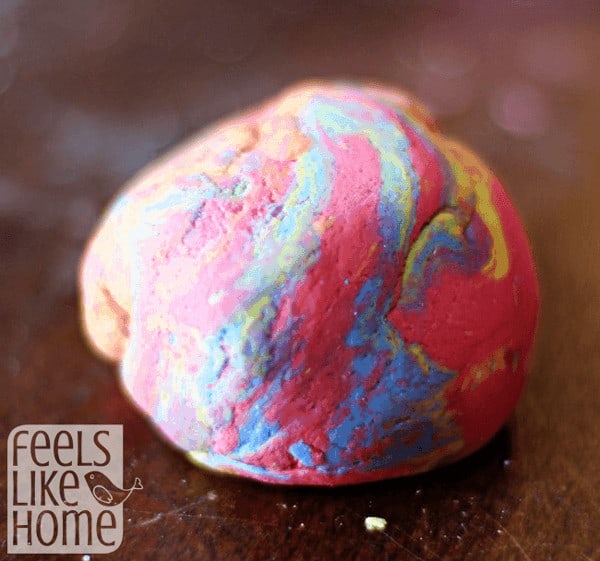 We got the dough tools out, and the girls rolled and cut the dough. They used cookie cutters and made shapes, too. 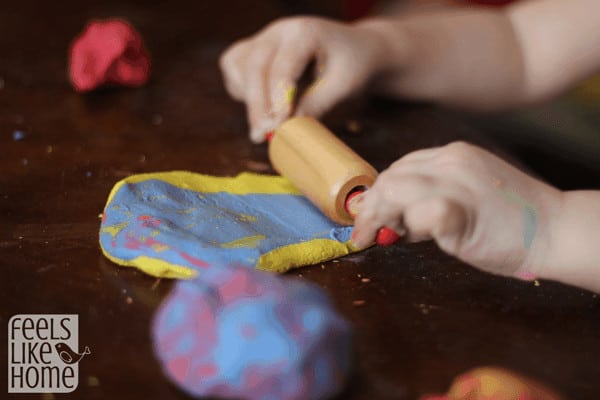 It was interesting that the play didn't lead to mixing of the colors. As you can see, Allie's colors didn't mix much at all.

The last time we colored dough, I didn't want the colors to mix, and they did. This time, I did want them to mix, but they didn't. Clearly, I don't know much about this color mixing business. 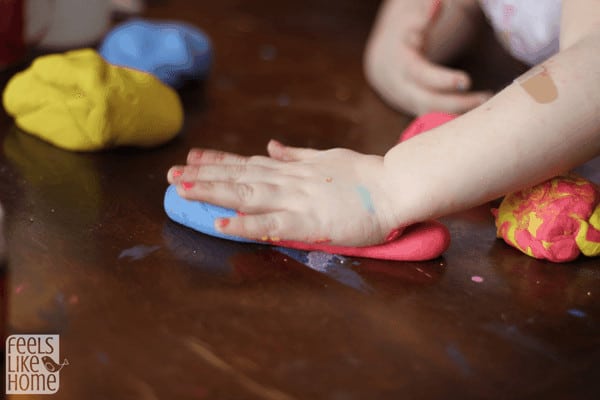 Once we got Allie's dough mixed and she had all six colors, she quickly made a pumpkin. She was so proud of herself! 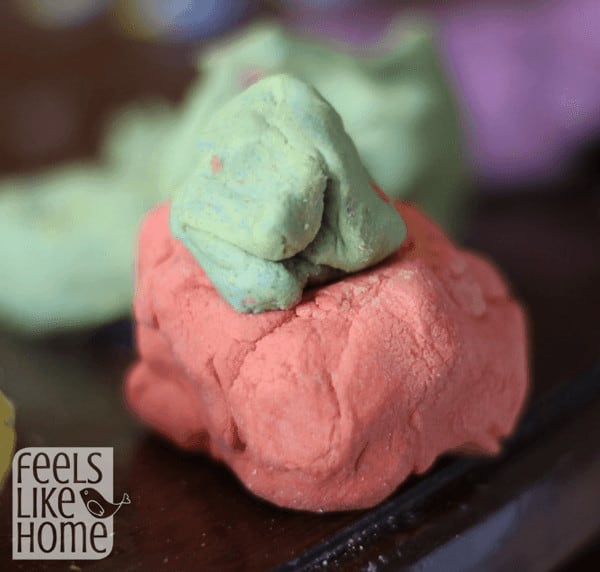 I wish I'd taken a better photo of Grace's brown bunnies, but this was the best I got. After she mixed her colors all together, she made a momma and a baby brown bunny. We baked these in the oven, but they broke when we tried to take them off the cookie sheet. 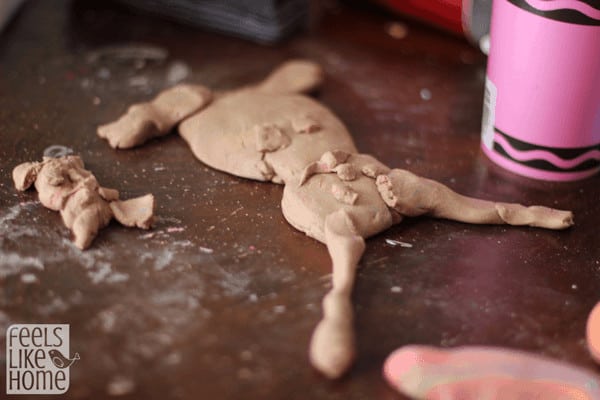 This website uses cookies to improve your experience while you navigate through the website. Out of these, the cookies that are categorized as necessary are stored on your browser as they are essential for the working of basic functionalities of the website. We also use third-party cookies that help us analyze and understand how you use this website. These cookies will be stored in your browser only with your consent. You also have the option to opt-out of these cookies. But opting out of some of these cookies may affect your browsing experience.
Necessary Always Enabled
Necessary cookies are absolutely essential for the website to function properly. This category only includes cookies that ensures basic functionalities and security features of the website. These cookies do not store any personal information.
Non-necessary
Any cookies that may not be particularly necessary for the website to function and is used specifically to collect user personal data via analytics, ads, other embedded contents are termed as non-necessary cookies. It is mandatory to procure user consent prior to running these cookies on your website.
SAVE & ACCEPT
53 shares