Have you ever needed a bamboo skewer? Just one.

I don't remember why I needed one bamboo skewer, but I did. And I could only find them in packs of seven thousand.

Okay, not really seven thousand, but it felt like an awful lot. I think it was a hundred or a hundred forty-four or something.

Since I had so many left over, I came up with a lot of uses for them. 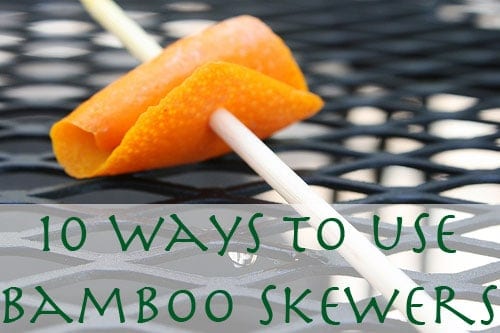 In fact, I had to go buy more because I ran out.

Oh, by the way, if you are going to cook bamboo skewers (presumably with food on them, on the grill or in the oven), you're supposed to soak them in water for 30 minutes before you use them. Otherwise, they burn.

Or so I've heard.

10 Foods to Make with Bamboo Skewers

How do you use bamboo skewers?

Have you seen the rest of the series?