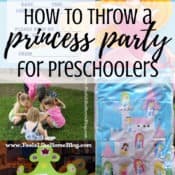 Simple & easy DIY Disney princess birthday party for preschoolers - My 3-year-old loved this party! Complete with ideas for favors and goodie bags, activities, food, crafts, and games. Because the party was outside, we had only basic decorations. Easy to do on a budget or with toddlers. Served cupcakes instead of a big cake and kids decorated them at the party.

I put a little party together this past weekend for Grace's third birthday.

We'd already had the family party, but Grace asked (for the first time ever) to invite her friends to the party. We invited her whole class - 12 kids - plus a family that we're good friends with.

I was afraid that they'd all show up, and I'd be seriously outmatched, but we ended up with 9 kids.

The invitations were not fancy. They were a free; I printed them at home and wrote in the relevant info.

The setting was a beautiful public park. It's Grace's favorite park within driving distance. 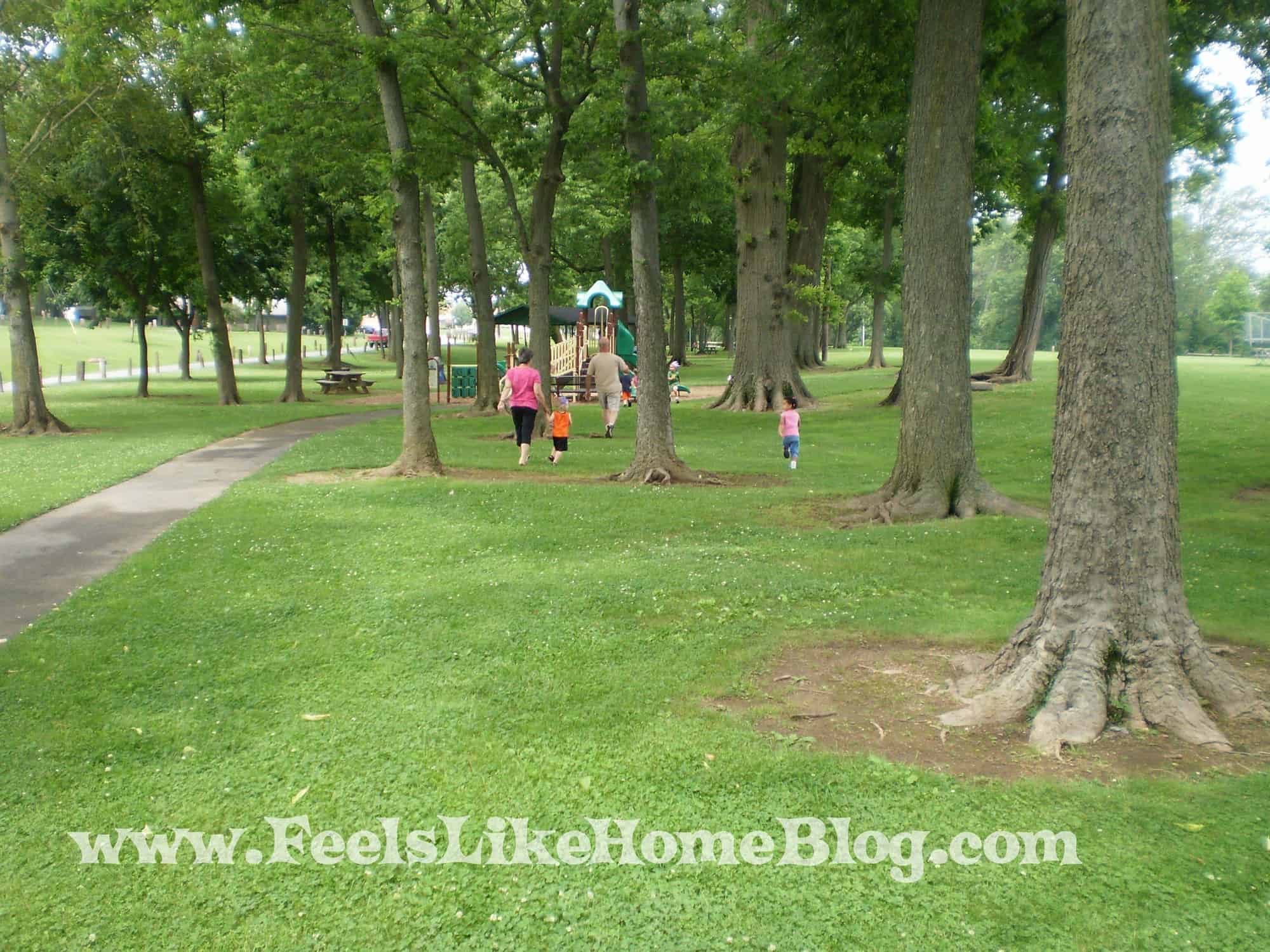 I considered having the party inside and asking the guests to come dressed up in their best prince or princess garb. I still think that's a great idea for older kids, but it wouldn't have worked for this crowd.

My 3-year-old would much rather run and play and slide than dress up, so I decided to ask guests to wear play clothes and be prepared for a rowdy good time.

The decorations were also relatively simple. We used streamers in light and bright pink, loads of latex balloons, and a few mylar balloons shaped like Grace's favorite princesses.

I also got Disney princess table covers that we used to cover the picnic tables.

The party was at 2pm, so we didn't serve a full lunch.

I wasn't keen on serving lunch and then telling the kids to run around in the early June heat. That sounded to me like a perfect recipe for barfing preschoolers.

We did serve cupcakes and ice cream. More about that below.

We sent each guest home with a pink goody bag filled with the following:

This was the fun part! I kept the kiddos busy, and when they weren't doing an activity with me, they were playing on the playground you can see in the photos above.

Lessons Learned from Our Princess Party

My DIY princess birthday party was so much fun for me and for the kids. Pinterest wasn't a thing when I planned this party (in 2010), and I know there are a lot more fancy activities that you can do today, but sometimes simple is better for kids this age (3-years-old).