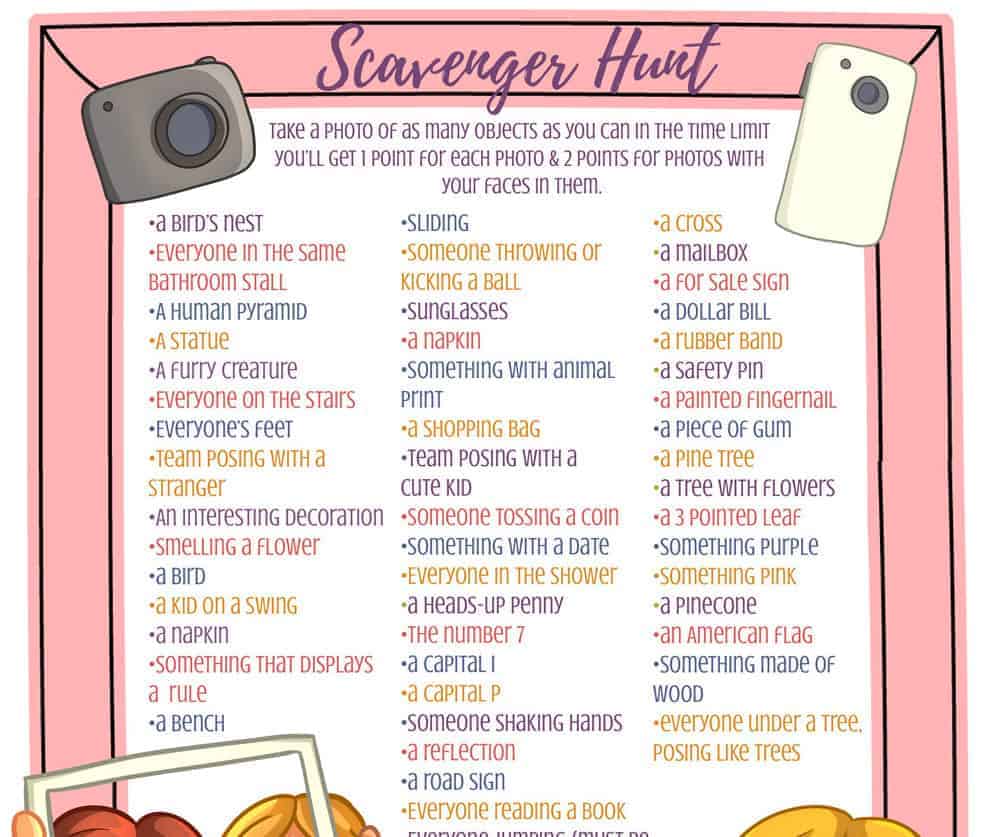 I am a Girl Scout leader for two troops. I’m the leader of Grace’s 6th grade Cadette troop, and I’m the assistant leader of Allie’s 2nd grade Brownie troop.

I don’t do much planning for the Brownies; the main leader does all the work for that one. But for the Cadettes, pretty much everything falls to me.

A lot of Cadettes take responsibility for their troops, but my girls aren’t really into girl-led activities. In fact, I let them plan out most of the year this year, and they didn’t really follow through on the activities they had planned which was a disappointment to me.

One thing that they did tell me loud and clear was that they wanted to have fun and they didn’t really care about earning badges. This is fine with me because badges are expensive and I am happy to save the troop that money so that we can spend it on trips and supplies for cool crafts and activities.

Anyway, all that to say that we spend a lot of our troop meetings on non-Girl Scout-y fun things like playing board games. At our last meeting, I set up a forensic science whodunit activity where they had to do real science experiments to figure out who stole $400 from a fictional charity. They loved it.

Our next meeting is the last one before our end of year picnic, and it’s shortened because Grace has her piano recital right before. Grace asked me if the girls could maybe do a scavenger hunt for their meeting which was fine with me.

I’m pretty sure Grace wanted me to create a scavenger hunt like the Easter basket scavenger hunts I’ve created – a series of rhyming clues that lead to a prize at the end – but I didn’t want to spend money on a prize, and those are really difficult and time consuming to create while only taking a few minutes to complete. Our meeting this time is an hour, and I wanted to make the scavenger hunt take up most of the time.

I brainstormed a bit and did some searching on Pinterest, and I decided to create a photo scavenger hunt. All of my girls have either a phone or an ipod that they bring to meetings, so they will all have the ability to take photos.

How to Set Up the Photo Scavenger Hunt

I only have 4 girls total, and one often misses for cheerleading activities. If all 4 come, we will do the hunt in 2 groups of 2 girls, but if only 3 are there, I’ll have them do it all together as a group. They’ll have fun with it either way.

I aimed for about half of the items being outside and half inside. It’s actually supposed to be raining during our meeting, so they may decide to scrap the outside things, but if they get brave, there will be a lot to look for outside as well as inside.

I intentionally mixed up the items on the list between outside and inside. Girls this age don’t tend to read ahead (who am I kidding? I don’t either.), so I think they will spend a lot of time running back and forth between rooms in the church and outside. If they read through the whole list, they could group the tasks pretty easily, but… we’ll see if they think to do that.

The Photo Scavenger Hunt is Intended for…

Even though I created this photo scavenger hunt for my 6th graders, I think it would work equally well for littler kids, say older elementary, and for teens and even groups of adults. It’s simple but has loads of items, and none of the items are especially baby-ish. They are just fun and interesting.

The printable includes drawings of kids, but I don’t think that would bother teens or adults.  Let me know in the comments if you think the pictures are too “little” for older people, and I will create a new one without the kids. It wouldn’t be too hard. 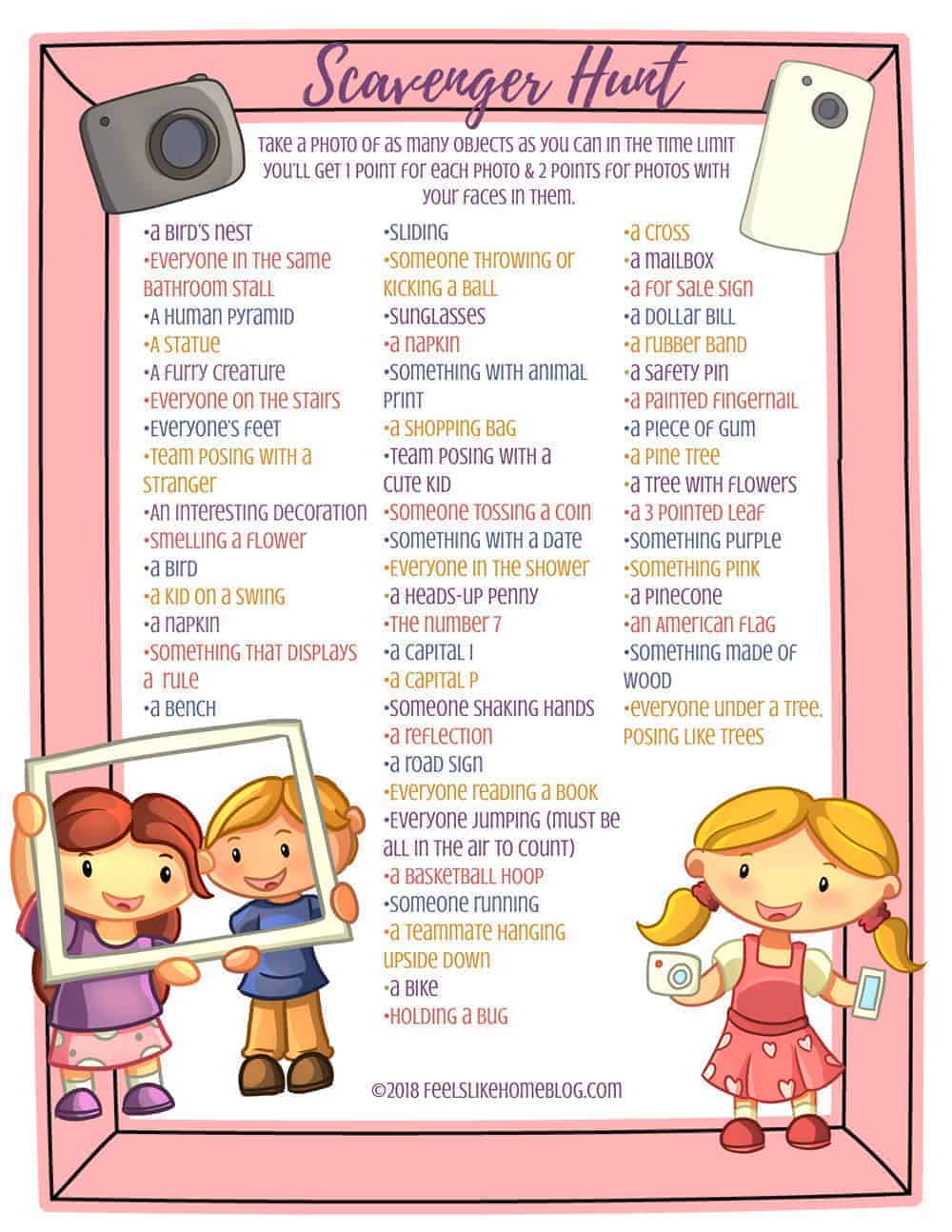