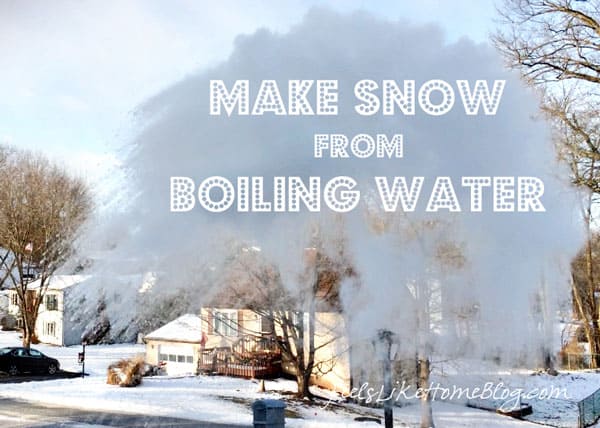 Much of America is experiencing a cold snap, the coldest weather in decades (according to the evening news). 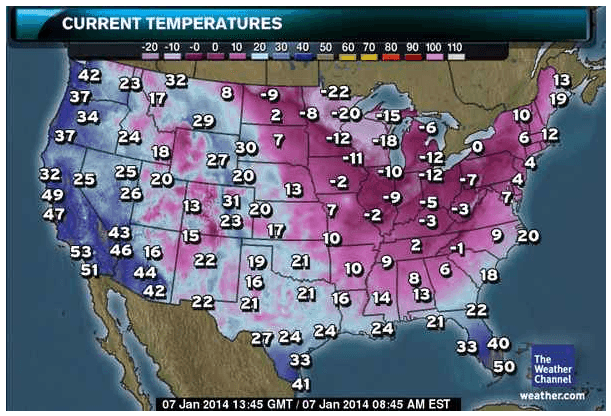 I personally don't remember ever seeing sub-zero temperatures, so this is sort of a big deal. 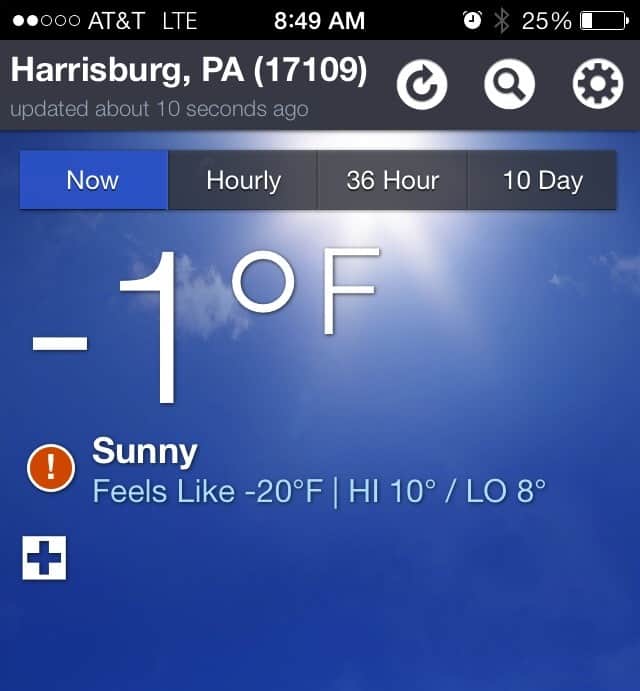 My children, who love to go outside every day - and especially go! play! in! the! snow! - are stuck inside, for skin will begin to freeze in minutes at these temperatures.

Schools are all closed; art class is cancelled. Even Joe's office is closed today, on account of the bitterly cold weather. Everyone is staying indoors and keeping warm.

{Say a prayer for those people without reliable heat, for I know not what they are doing right now.}

We did venture outside for two minutes for one little science experiment. (And that was long enough because it is colder outside than I even imagined. Cold enough to make your bare skin ache almost instantly.)

Yesterday, I saw Linda at The Joyful Journey do this science experiment on her blog. I wanted to know How?! and Why?! and How cold does it have to be?! but she wasn't sure. So I decided to do some research and share the whole thing with you, in case you want to wow your own children.

Instant Snow - A Science Activity for a Cold, Cold Day

At Linda's suggestion, I googled how to make snow from boiling water, and I found lots of information. Here are the basics:

As you can see, Joe threw the water too hard, and the pan was too small.

For attempt #2, Joe used a much larger pot with twice as much water, and he didn't throw it up as hard.

He also tried to run away from what he thought was raining boiling water and incurred a sizable wound on his knee. The water, as it fell, was cold.

Because it's that cold outside.

The Science Behind Turning Boiling Water into Snow

You may be thinking it would be easier to freeze cold water, but that's not the case. You want the water to be hot, boiling even.

The molecules in hot water are moving fast - the hotter it is, the faster they're moving. Quickly moving molecules jump around and become water vapor, so when you throw them up into the air, you're really throwing up a hot water and a lot of hot gas (the water vapor, which is mixed in with the water as bubbles and also forming as the hot water evaporates).

The gas freezes instantly in a process called deposition, and it breaks the hot water into tiny liquid bubbles, which also freeze quickly into tiny ice crystals. The tiny ice crystals form a cloud just like the thin, wispy cirrus clouds you see up high on sunny days.

Incidentally, if you had a water gun that would safely spray boiling water, it would freeze impressively.

The closer your water is to a full, rolling boil, the more of it will freeze. In the time it took for our water to travel from the stove, down the stairs, through the house, and outside, it cooled a bit, leaving about half of the water to fall as rain onto the driveway. (Hence Joe ran backwards away from it and skinned his knee.)

Cold water won't work in this experiment because it produces practically no water vapor. The molecules are moving slowly, very little water is evaporating, and it will take minutes or longer to freeze. It would not have time to freeze in the air.

Obviously, the warmer it is, the less of your liquid water will freeze. At 10 degrees Fahrenheit, almost none of your water will freeze (and you will end up with rain). At 0 degrees Fahrenheit, most of our water froze. I have seen videos of other people throwing boiling water into the air at colder temperatures with even better results. We may try it again this afternoon, when the temperature is supposed to closer to 5, just to see what happens.

In this case, you're mixing water (above 200 degrees F) with air (below 0 degrees F). Because there's a big difference in their temperature, the water cools very quickly. Because of the above water vapor and tiny particles principles (and the fact that there's a whole lot of air and very little water), the water cools down much more quickly than the air heats up.

Ice crystals form most easily when the water contains impurities. Atoms or molecules not normally found in water (chlorine, fluorine, salts, etc) act as seeds for ice crystals to form. The more impurities in the water, the quicker ice crystals begin to form in the liquid water. Tap water or rain water from a bucket would work better in this case than filtered, purified, or distilled water. The latter will not make ice crystals nearly as readily as the former.

This process is similar to how ski resorts make their snow.

They simply spray a very fine mist of hot water into cold air. It turns into ice crystals and falls to the ground as something that looks like snow.

What's the temperature at your house today?