The egg drop experiment seeks to answer the question how can I keep an egg from breaking? This is an old experiment done by many kids over many years, and it never seems to lose its fun factor.

As soon as they learned one of our Super Science Summer experiments was an egg drop, my kids grabbed the materials and went to town. It was the very first experiment of the whole summer and I have to admit, they didn’t do very well at it.

I think the key to a good egg drop is understanding the concepts ahead of time.

Then again, they might not care about the concepts and just want to drop eggs from high heights.

Either way is okay, I guess, but the idea of Super Science Summer is to get them thinking and doing real science, so the concepts are sort of important.

All that said, my kids had no interest in the concepts. They only want to do the thing, and I let them because I’m fun like that. We’ll probably try it again another time this summer and talk more about the transfer of energy and inertia.

The materials for this experiment are really simple. 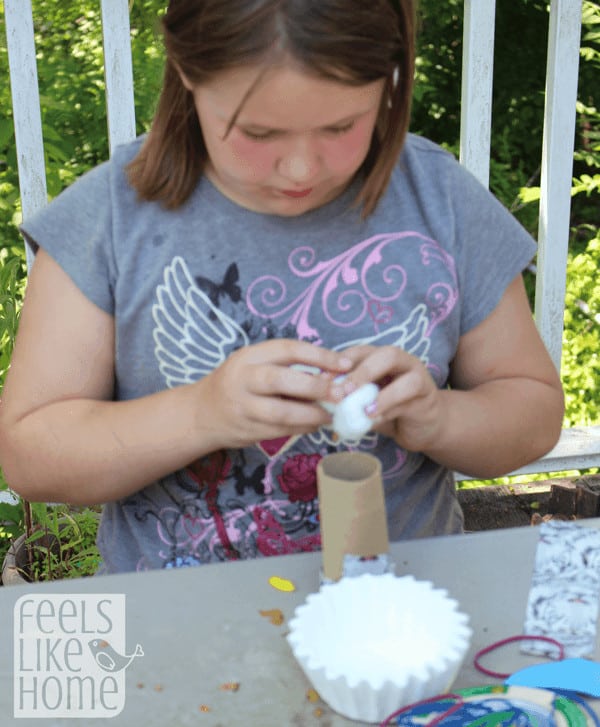 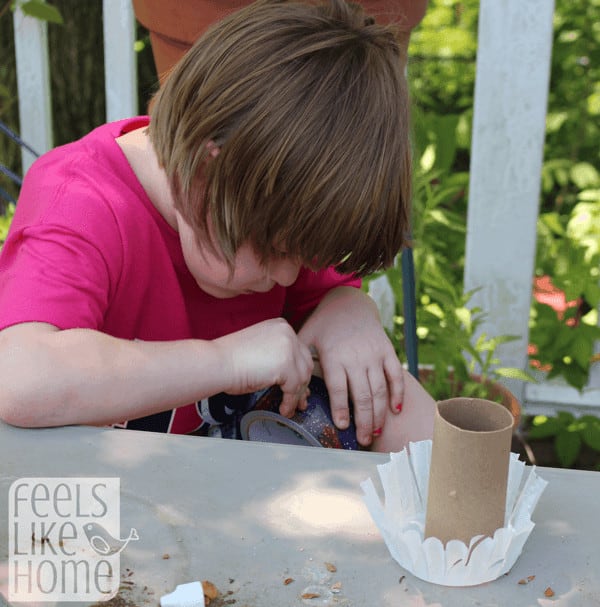 That’s really it. This experiment sounds super easy, but depending on where you drop your egg from, you may find that it is a real challenge! 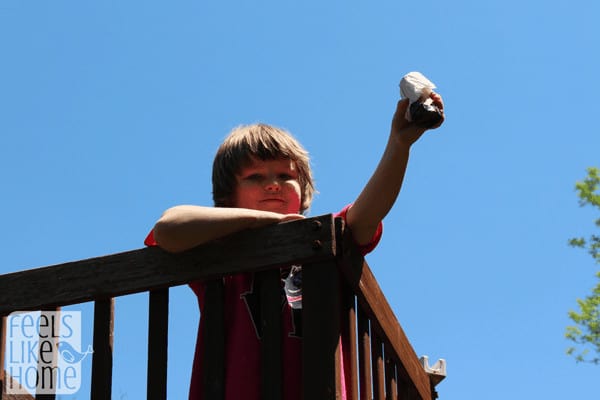 Grace and Allie first dropped theirs from the crow’s nest on their treehouse. I would guess that it’s about 15 feet up, and the eggs fell onto the grass. Allie’s egg broke at this height, but Grace’s survived. 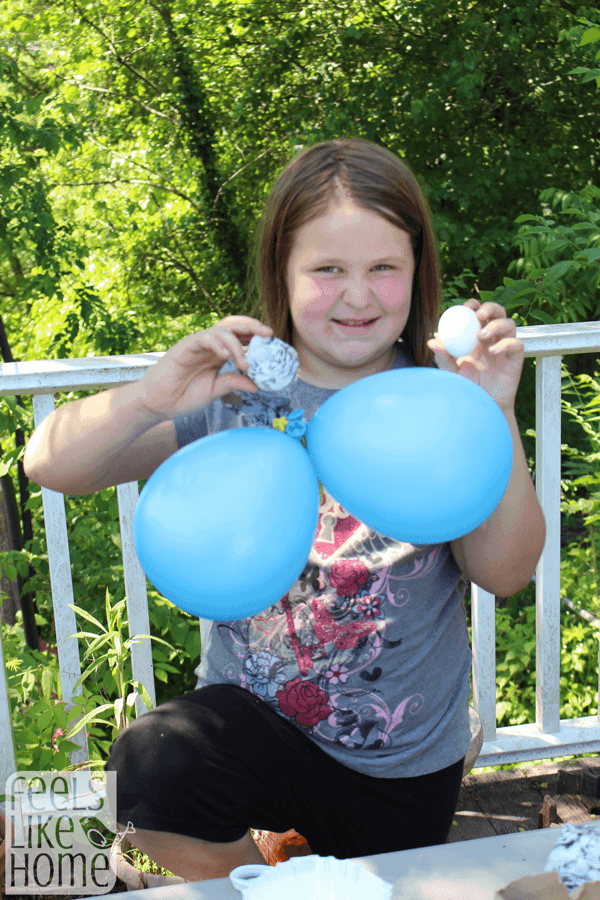 Since Grace’s egg survived the first drop, we decided to drop it out my bedroom window over the driveway. 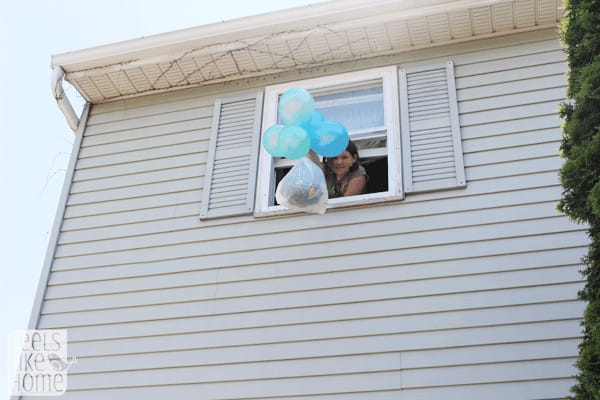 We had high hopes about the drop out the window. Alas, it broke.

So Grace went back to the drawing board, retooled her design with lots of plastic bags duct taped around the egg. 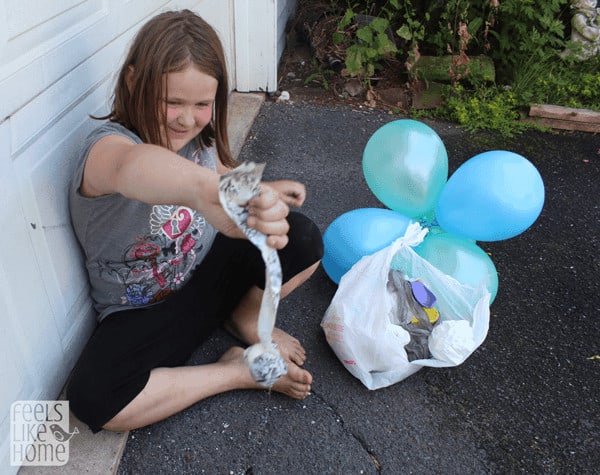 The third egg broke, too. 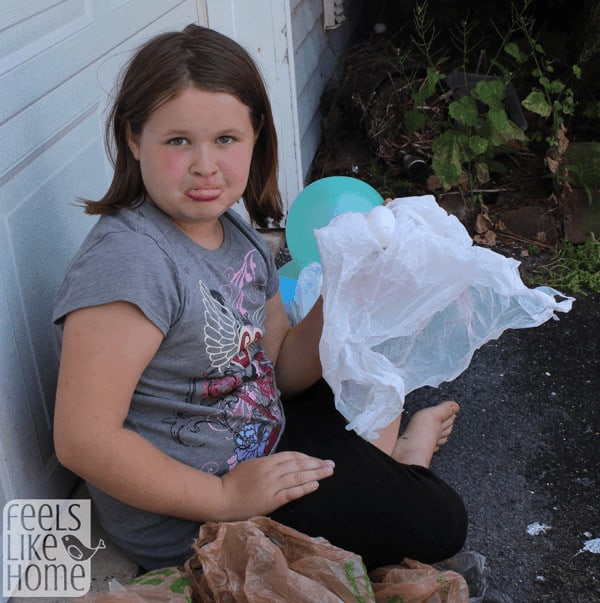 So then she gave up. Like I said above, hopefully we’ll give this another try later on in the summer.

Newton’s First Law of Motion states that an object at rest tends to stay at rest, and an object in motion tends to stay in motion – unless an outside force acts on it. This is called inertia. In this case, the egg falls because of gravity, and it keeps falling until something (the ground) stops it. The egg is moving really fast when it hits the ground, so the force is big. The large force breaks the egg unless there is something in the way to provide cushion and absorb the force.

You could start this experiment by dropping the egg from above your head. And then drop it from a ladder and then something higher. See how high you can go before the egg breaks.

Check out Super Science Summer, my at-home science summer camp going on for 11 weeks in 2016!