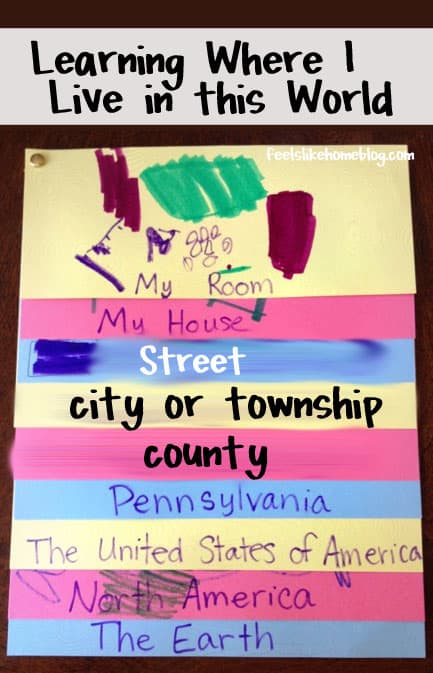 We're still doing school. I've been in a panic for a month or so over our last two Calvert first grade assessments (because they meant we still had two months' worth of instruction left for the school year that just ended for everyone else, and this is 100% my fault), but I realized this past week that Grace could do everything in them without any further instruction.

So. We've been doing a test every other day to get them done and sent in. (There were 4 math tests and 2 reading tests).

I'm still going through the teacher's guides for all the subjects and pulling out activities that I think are good for her. It's less than 25% of the stuff, but there are some great activities and lessons in there.

There was a story in the Calvert reader about maps. The little girl showed her house and her street and her city and state (which was Kansas) on different maps. She showed where Kansas is on a US map, then where North America was on a globe. (There was no explanation of the US versus North America, but I corrected that in our project.)

I wasn't sure that Grace understood the concepts in the story, so I put together a very simple activity to help her.

I did something like this when I taught astronomy, but we extended it to the solar system, galactic arm, galaxy, local group, and the universe. I had my students use concentric circles.

In planning this out, I was too lazy to draw and cut out a bunch of circles, so I made rectangles instead.

It didn't matter. Grace understood the concept perfectly from rectangles.

If you wanted a more concrete example of how each place fits into the next, you could cut your rectangles into squares and have the same effect as the circles. I didn't do that because I knew Grace would need more space to draw than a 3-inch square would offer. 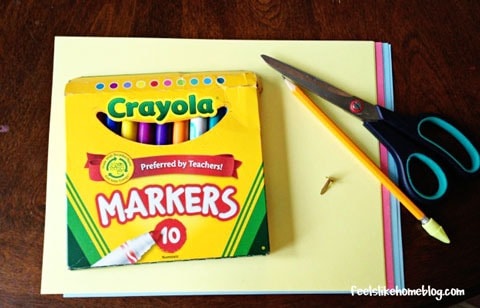 How to Make It