I have three sets of flatware, and (though we're cleaning house and purging a lot of items) none of them are going anywhere. 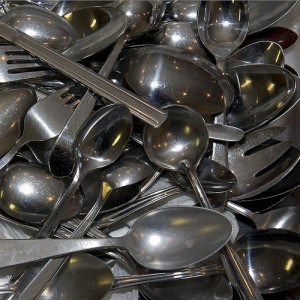 How do you use cheap flatware?

Have you seen the rest of the series?