You are here: Home / Away from home / Little Pim #Smartholiday Twitter party 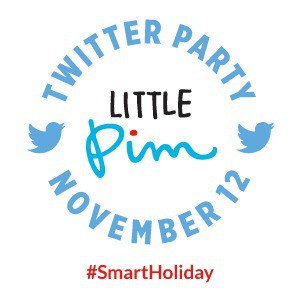 Did you know that learning a foreign language after age 6 makes that language develop in a whole different area of the brain from your native language? It becomes facts you know rather than part of your natural speech.

I was a French education major before I decided to teach science. I studied language development and foreign language education for a few semesters. It’s really fascinating stuff, and I knew when I became a parent that I would introduce my own kids to foreign languages at a very early age.

And then, when Grace came along, we were so busy painting and crafting and playing games and reading and writing and doing a hundred other things, foreign languages sort of fell by the wayside. Every once in a while, my sister would say, “Are you working on French with Grace yet?” and I would have to admit that I wasn’t.

Because it isn’t easy to pull together a foreign curriculum that doesn’t include reading and writing. There aren’t many options. 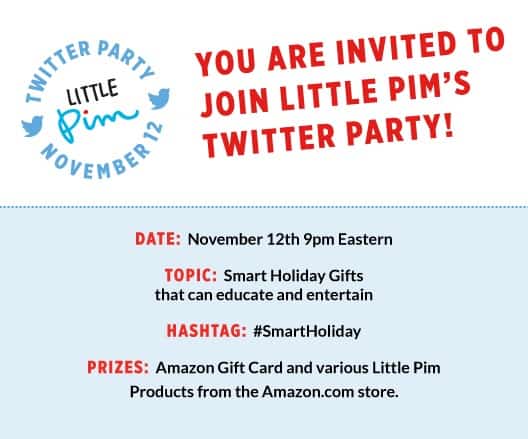 My good friend Allie from No Time for Flashcards has endorsed Little Pim for some time, and she asked me to be a panelist for their Twitter chat tomorrow night (Tuesday) at 9pm eastern. We’re going to be chatting about holiday gift giving, especially gifts that promote learning.

To participate, follow the hosts @NoFlashCards and @LittlePim and the panelists @teachmama, @pragmaticmom, and me @TaraZiegmont as well as the hashtag #SmartHoliday.

Make sure you do more than follow the chat! Join in the conversation with your own ideas about holiday gifts that promote learning!

If you aren’t familiar withÃ‚ Little Pim,Ã‚ check out their website and their Amazon store.

Do not forget to RSVP – it’s the only way to be eligible for the prizes. RSVP HERE.