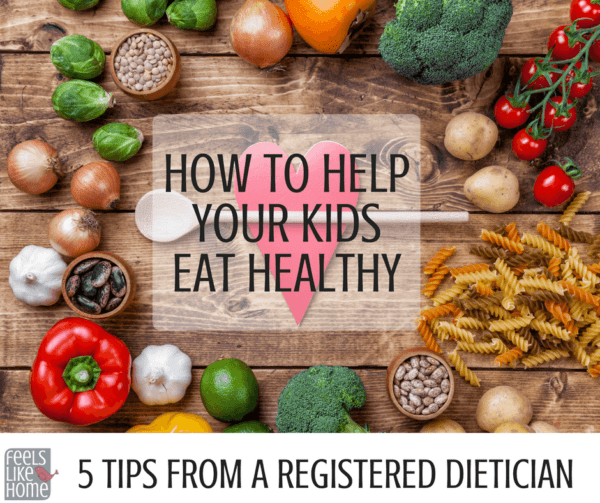 One of the areas on which I want to focus this school year is making healthy choices. I want the girls to understand how nutrition and exercise play a part in their feeling good and being healthy.

They can clearly see my bariatric surgery journey has transformed not only the amount I eat but the content of what I eat. They can see that their dad is preparing different meals than he used to. And I do drag them along most days (sometimes pouting) for a 20-30 minute walk.

I want my girls to learn to make healthy choices for themselves. I think it's so important for them to have ownership of what they eat and don't eat, and we have been really bad about that in the past.

We went to see a registered dietician last week to focus specifically on what the girls are eating, and she had a lot of great tips for us, some of which I have included below and some of which I will share in the coming weeks.

Grace is very picky. She doesn't like any kind of fish or seafood. She doesn't like onions, mushrooms, peppers (except for red ones), cauliflower, and a slew of other things. She won't eat anything that has onions in it, so we have had to switch to onion powder. She doesn't mind that. She doesn't especially like cheese or peanut butter, and she will only occasionally eat chicken nuggets.

She loves pizza, crackers, ice cream, and all the unhealthy things that everyone likes, but we have made a concerted effort to keep those things out of the house.

Allie is a more adventurous eater. She doesn't like mushrooms or asparagus but will at least try a few bites of almost anything else. She loves shrimp and crab especially and will eat them until there are none left on the stove.

I had three really big takeaways from our meeting with the registered dietician:

We discussed a ton of other things, but these were crucial for me.

Present a variety of healthy foods and let your children decide whether to eat or not eat.

This is not the way we have been operating. When Grace was really small and refused to eat, we gave in and made her oatmeal as to not have a starving child wake up in the middle of the night. But then, she came to see that oatmeal as a way out of trying anything, so we had to cut it off.

More recently, we have coerced her into eating a couple of bites of everything on her plate by offering dessert or making her sit at the table. It wasn't really working for us, but we didn't know what else to do.

The idea of just offering foods and letting Grace have total control over what she eats was pretty new to both Joe and I, but we are trying it. Joe puts her food on her plate, and she simply eats or doesn't eat as she wants to. There isn't even any discussion of it.

As I said above, we frequently offered the kids dessert in order to coerce them into eating their dinner.

The dietician was horrified (okay, maybe not horrified, but definitely concerned) that we were offering sweets as an incentive to eat healthy food.

Truth be told, I never felt good about offering dessert as a reward, but it was the only thing we could do to get Grace to eat her food. I had forgotten all about the blog post I republished last week (Reward with Food, Punish with Food: 11 Tips to Prevent Childhood Obesity) in which Freeman Michaels wrote that food rewards encourage obesity in children. Or maybe I hadn't totally forgotten, and that's why it never sat all that well with me.

Since we aren't eating sweets anymore (except at very special occasions, and I still don't even then), there is no hope of dessert to encourage eating compliance. The kids (usually Grace) still ask almost every night, "Do we have any ice cream?" or "What is for dessert?" and we have to tell them once again that there is no ice cream and they can have some blueberries or cherries for a snack before bed if they need it. (Because Joe works really late in the summer, we tend to eat dinner around 7pm, in which case they don't need a snack when they go to bed at 8:30.)

If they don't eat, they get nothing to eat until the next scheduled meal or snack.

This one is SO VERY HARD for me, but the dietician was firm. If the kids choose not to eat, they get nothing until the next scheduled meal or snack. Period.

When my kids are hungry, I want to feed them.

But I also know that feeding them when they've refused the healthy food we offered for a meal is no good and teaches them bad habits.

We have been doing this for a little over a week, and I haven't seen any change in behavior yet, but I do think a payday will come some time in the distant future.

One side note. I can't be sure what the kids are eating 100% of the day, especially when I'm in my home office and working. They could easily get food from the fridge or pantry while I'm back there anaqqd have whatever we want.

For this reason, we have slowly eliminated all the junk food - crackers, chips, overly sugared yogurt and puddings, ice cream, etc. - and left only whole fruits and veggies, low sugar yogurt, and low fat cheese. If the girls want to snack on something, at least we can be assured that it will be healthy food.

Snacking during my workday isn't a big issue for us because the girls choose what they want for breakfast and lunch. I provide healthy options, and they choose, so there isn't any refusing to eat what has been offered.

You have to present a food at least 12 times before an average kid will feel comfortable in trying it.

I'm going to come right out and say it. I'm skeptical of this one.

The registered dietician said that most kids need to be exposed to a new food twelve times before they will willingly try it. I am most certain that Grace been exposed to onions and asparagus more than twelve times in their lives, and yet she will not eat it. Same with shrimp and mushrooms. Not only will she not eat the offensive foods, she will not eat any food that has onions, shrimp, or mushrooms even in or near it. (No casseroles, for example.)

On the other hand, when we have given Grace the opportunity to buy new foods at the grocery store, she will try those the first time. For example, she wanted a dragon fruit not too long ago. We bought it, brought it home, researched how to cut and serve it, and gave it to her. She took one bite and said she didn't like it. To be honest, I wasn't that crazy about it either, even though it looks super cool, and we eventually threw the whole $9 fruit in the trash.

I don't know if the 12 times thing is true or not. Maybe if we bought dragon fruit 12 more times in the coming months, Grace would eventually try it again and discover that she likes it, but I have my doubts.

We have only been implementing these suggestions for a week or so, and we haven't seen much in the way of results. We do have a lot less strife and drama at the dinner table, so that is a big win, but the kids aren't eating a lot more variety than they have in the past or anything like that.

Still, I have hope that this too will improve as time goes by, thanks to the tips above and some others I will share with you in the coming weeks.

Next week, stay tuned for a cool printable I designed for kids to track their eating habits by the day. 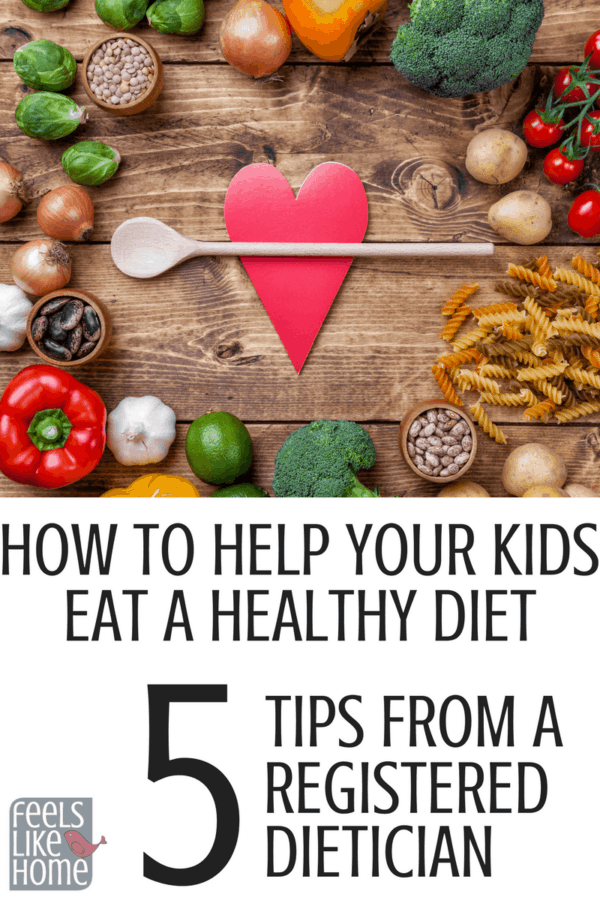 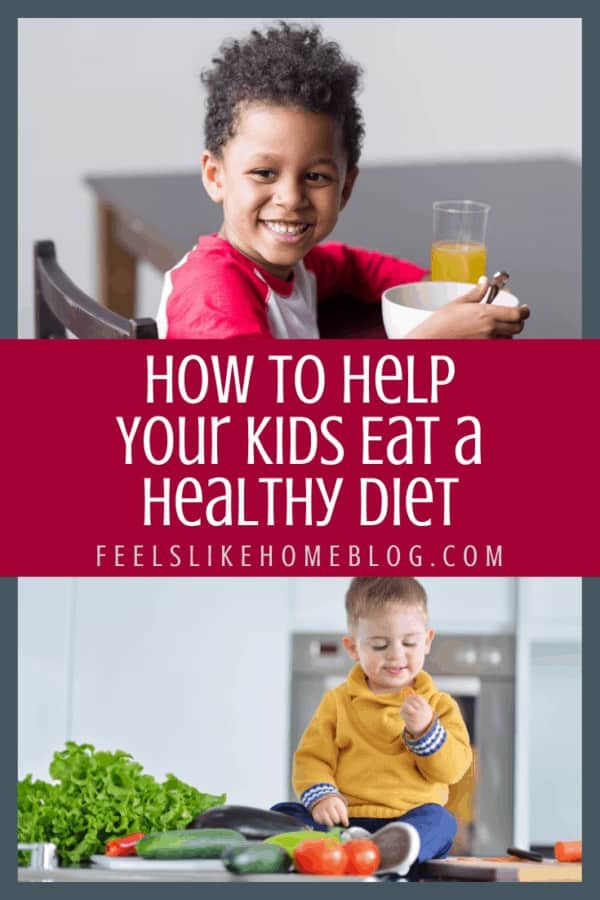 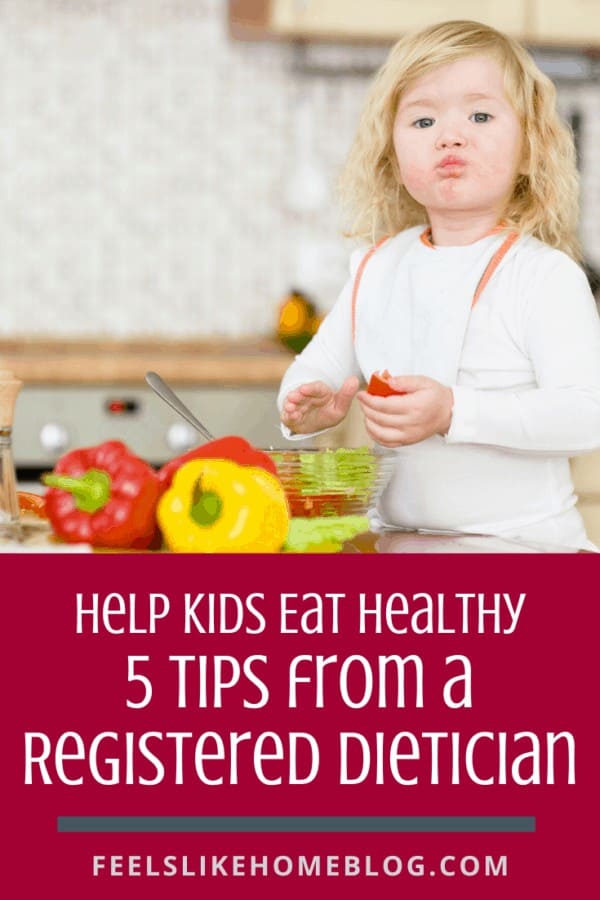 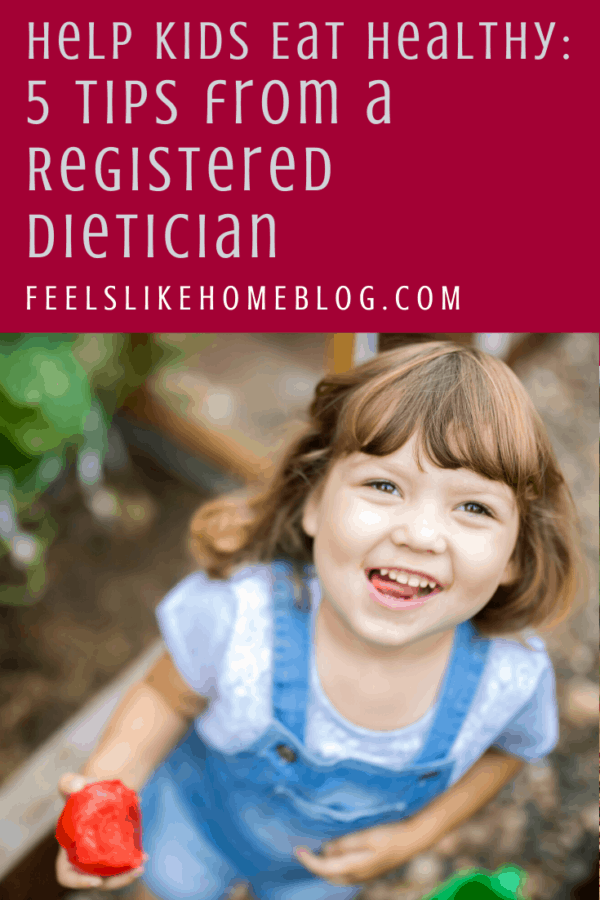