I am almost 8 weeks pregnant, and I am in the throws of morning sickness.

If you've ever been pregnant, you are probably well aware that it's not really morning sickness, but rather strikes-at-any-time-you're-breathing sickness. This time around, mine is most noxious in the early morning, the late morning, and the late afternoon. 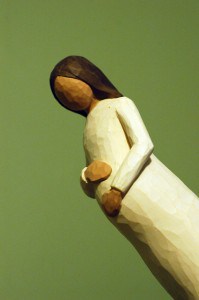 PinThat's an improvement over my pregnancy with Grace when it was all day, every day. I'm grateful for little miracles.

What to Do to Ease Morning Sickness

What to Avoid to Ease Morning Sickness

I'm not a doctor, and I don't presume to be, so if you are worried about something, get real medical advice. I am, however, a mother who's been through rather severe nausea before, and I thought it might be helpful if I shared what has worked for me.