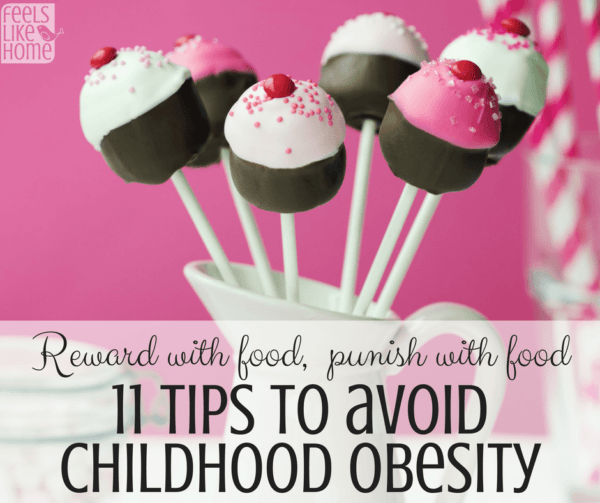 Childhood obesity has reached epidemic proportions in this country. Meanwhile, unhealthy eating behaviors that lead to adult obesity - such as bingeing, dieting, skipping meals, self-medicating with food, and making poor nutritional choices - develop in childhood. Parents need to use creative strategies to change these behaviors.

I want my kids to avoid the weight issues I've suffered my entire life, but we have not done a good job of helping them to develop good habits to achieve that end.

As parents, we can all do better about shaping the role of food in our kids' lives. Next week, I'm going to share a post with some helpful tips from a nutritionist on encouraging children to eat healthier foods, but before that, I wanted to reshare the tips below.

I originally published this post on February 17, 2010, and I have fallen into most of these bad habits as time has passed. I needed to reread them as a fresh reminder to get my act together where my kids are concerned. I hope they are as helpful to you as they were to me.

Working with overweight and obese adults, I have come to understand that many people have lost touch with what their body truly needs. Because food has become a replacement for love and affection, often a source of comfort, and even a place to channel anxiety and stress, overweight people come to me to help them find their way out of the patterns they have developed.

Eating patterns are learned behaviors developed, in large part, during childhood. As the father of three children, I am personally concerned with how patterns of behavior around food are formed and reinforced in my own children's lives.

Behaviors center on needs. Many people have learned to try and meet their needs in ways that are not healthy - namely with food - and those behaviors start to form in childhood. If you are a parent interested in interrupting patterns of behavior in your children that might lead to obesity, here are some effective tools that encourage healthy eating patterns.

Food should not mean "I love you" or "You did a good job." Rather, food should represent fuel and nourishment for your child's body. An encouraging or celebratory hug can mean a lot more to a child in the long run than a treat.

Differentiate between praise and rewards.

Praise is important for both parents and adults. Studies have shown that positive feedback (praise) ranks higher than pay or bonuses (rewards) when it comes to retaining employees, for example. Apply the same principle with your kids. Give them positive feedback rather than rewarding them with ice cream.

Many people grew up with the threat of going to bed without supper. Besides reinforcing the notion that food is something other than a vital part of human health, the practice of punishing a child by withholding food is both physically and psychologically harmful. Physically, withholding food puts your child into starvation mode and this can cause a metabolic imbalance that contributes to weight gain. Psychologically, a child may overeat when she thinks she may be in trouble, as a preemptive measure. Later in life, people who developed this pattern in childhood often unconsciously gorge themselves when they feel as if they have done something wrong.

"Clean your plate" teaches children to ignore their bodies. One of the reasons nutritionists often give for the astonishing rate of obesity in America, compared with obesity rates in other countries, relates to portion size. Studies suggest that portion sizes in America are directly related to obesity levels.

The other day I was picking my son up from kindergarten and I overheard a parent say to her little girl, "Did you have a hard day? Let's go for an ice cream, would that cheer you up?" I did everything in my power to contain myself as I flashed back on the many overweight and obese clients I have coached who report being comforted with food as a child. Using food to cheer up a child can create a dangerous dynamic. Later in life, this pattern of eating as a means of dealing with emotional upset can lead to significant weight issues.

During Super Bowl 2007, I totally lost track of my behavior and consumed an entire bowl of Doritos by myself. Watching a tense football game and unconsciously snacking on crunchy and salty foods is a wonderful illustration of an unhealthy pattern of behavior. Two things are going on - one is the distraction of watching the game, and the second is the anxiety I am feeling - that contribute to this behavior. Letting children eat in front of the television can create similar unhealthy patterns.

Use food to enhance, not dominate, celebrations.

Celebrations should revolve around special time spent with family and friends. Activities that are fun and uplifting should be the showcase of any child-centered get-together or party. When children learn that expressing joy and excitement involves overeating or eating unhealthy foods it can lead to life-long weight issues.

Rewarding kids with unhealthy foods at the end of a long day may create a habit that lasts a lifetime. Even juice and crackers can undermine a primary meal--kids who have sweet snacks don't eat dinner. Rethink snacks as nutritious mini-meals. Try celery, carrots, and apples.

Every parent I know is terrified of their child becoming an addict. Typically we don't think of food as addictive, but research is starting to link certain types of food coupled with certain behaviors around food with addictive patterns. Dopamine, a chemical released in the brain that's associated with drug and alcohol addiction, is also released in association with certain types of food. Research has shown that rewarding with junk food (foods high in sugar and fat with little nutritional value) may be directly related to the circuits in the brain associated with addiction.

Dinner in my household used to be a bit of a disaster. My wife and I served our children a plate full of food, including a protein, starch, and vegetable. My hungry children would go straight for the starch, leaving the protein and vegetable untouched. Now we serve the vegetable first, followed by a protein. Once those have been consumed we bring out a moderate portion of starch.

The number one reward in our house is additional outdoor play time. Interestingly, scientists say that exercise also stimulates dopamine release and raises the number of dopamine receptors in the brain.

Finding ways to meet our children's needs in healthy and positive ways will have lifelong implications. We must help our children to listen to and respect their body signals, so that food is only associated with physical hunger. This is the best way I know of to curb the obesity crisis in America.

* * * * *
Freeman Michaels, who played Drake Belson on The Young and the Restless in the mid-1990s, is now a nationally known weight-release coach and seminar leader, and author of a book about his successful approach, called Weight Release: A Liberating Journey.

When you know better, you do better.

We all know better now. 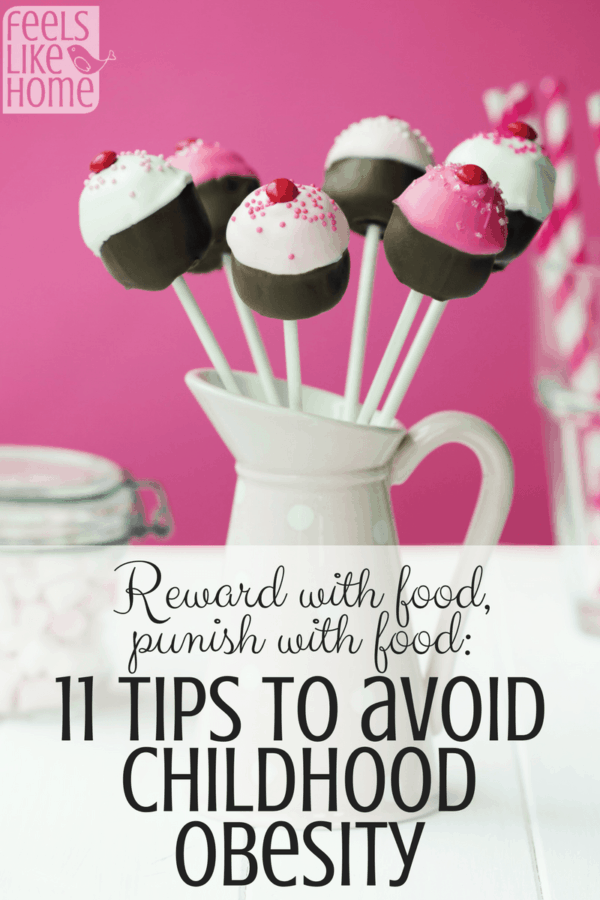 This website uses cookies to improve your experience while you navigate through the website. Out of these, the cookies that are categorized as necessary are stored on your browser as they are essential for the working of basic functionalities of the website. We also use third-party cookies that help us analyze and understand how you use this website. These cookies will be stored in your browser only with your consent. You also have the option to opt-out of these cookies. But opting out of some of these cookies may affect your browsing experience.
Necessary Always Enabled
Necessary cookies are absolutely essential for the website to function properly. This category only includes cookies that ensures basic functionalities and security features of the website. These cookies do not store any personal information.
Non-necessary
Any cookies that may not be particularly necessary for the website to function and is used specifically to collect user personal data via analytics, ads, other embedded contents are termed as non-necessary cookies. It is mandatory to procure user consent prior to running these cookies on your website.
SAVE & ACCEPT
160 shares