This post is not sponsored by anyone, just so you know.

You know Grace. She has anxieties.

Incidentally, when I was a teenager, our neighbor'sÃ‚ wienerÃ‚ dog had anxieties. They had to medicate him or else he chewed his fur off. How weird is that? 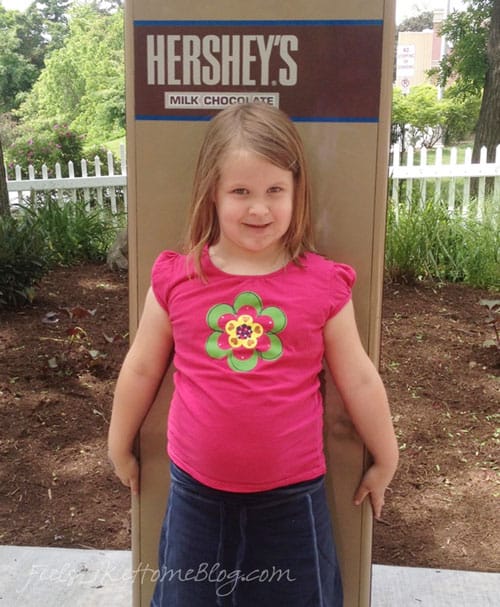 I didn't think about it at the time, but looking back, I wonder what Grace thought about that conversation.

The ferris wheel went around and around (four times, I was counting), and we examined all the water park from a bird's eye view (it had closed a few minutes before, so most of the water was turned off).

After we got off the ferris wheel, we made our way around the back of the park, toward Grace's new favorite ride (Music Express, which brings back my memories of Geauga Lake, where the Scrambler, Tilt-A-Whirl, and Music Express were our favorite ridesÃ‚ ever. Also, the wave pool. And the monorail. And the Big Dipper. And the antique cars. And more.).

In between the ferris wheel and the Music Express is a wooden roller coaster (called the Lightning Racer).

I don't know what happened in my brain right as we passed that roller coaster.

"Grace? Would you like to try a little, slow roller coaster?" I asked, assuming that all wooden roller coasters were fairly tame.

"Yes! Is it really little and slow?" She asked.

"NO!" Joe gave me the hairy eyeball. "IT IS NOT LITTLE AND SLOW!"

I turned to Grace, "Do you still want to go on it if it isn't little and slow?"

I expected her to say no. Every experience I've ever had with Grace told me she'd say no. I think maybe she felt dared since Joe said earlier that she wouldn't ever want to go on a roller coaster.

I have to pause to tell you that I swore off roller coasters about ten years ago. I had ridden a couple of them in the same day, and I had heart palpitations and couldn't breathe and was dizzier than I've ever been in my life. I decided that those "don't ride these if you have a heart condition or high blood pressure" signs might know what they're talking about, and I stopped riding roller coasters.

Joe made it clear that he did not want to ride the roller coaster whether it was little and slow or big and fast. No way.

Since I talked her into it in the first place, I took Grace's hand and marched right into the roller coaster. There was virtually no line. We walked up the (very lengthy) ramp, waited about five seconds at a gate, and stepped into the car.

And then, an announcement told us we'd travel up a 90-foot hill and careen down at more than fifty miles per hour (or something along those lines).

I prayed that Grace wouldn't know what that meant.

I leaned over and tried to prepare her for the opposite ofÃ‚ littleÃ‚ andÃ‚ slow.

"Okay, Grace, so we're going to go up a big hill, and we might go slowly up it, likeÃ‚ click, click, click,Ã‚ and then we'll go fast down the other side. Okay?"

"Okay," she replied with wide eyes.

I slid my arm around her waist, preparing for the impending screaming freakout.

She moved my arm back to my own side. "It's okay. You're right beside me."

"Oh, one more thing. When the cars go down a hill, you might fly up out of your seat, but don't worry. You won't go anywhere; you'll just lift up in your seat, and you'll go back down when the car stops going down."

"Okay." She nodded, processing all this and preparing herself.

The cars flew out of the shed, down a hill, around a turn, and up the hill.

Grace began to laugh before we got to the first big hill.

Lightning Racer has two sets of cars and two tracks, and they run as a race. There's a big FINISH line, after which the cars slow down considerably. (Our car won.)

As soon as we slowed down, Grace said, "HEY! What happened?"

"The ride is almost over."

"Oh," she pouted. I wanted to keep going.

"Uhhh. Maybe you can talk your dad into coming on with you," I encouraged. It had been fun, but I knew my equilibrium and heart didn't have another go 'round in them.

She did. I think his ego wouldn't allow him to decline since I (who gets motion sickness on the carousel) went first.

After Lightning Racer, they went on the Music Express together, then the Whip.

After all that, Joe crawled up the hill with his tongue hanging out.

Not really. But he didn't look comfortable at all.

It was getting late, and we began the (very long) walk to the front of the park. Along the way, we passed two more roller coasters.

Or maybe it was me.

I don't remember. Someone pointed it out.

"I don't know. Ask the girl at the gate." I know I said that because what happened next astounded me.

"I LOVE IT! It's my new favorite ride in the WHOLE PARK!" Grace gushed.

Grace walked back over to us and grabbed Joe's hand. "C'mon, Dad!" She grinned, and they were off.

My stomach hurt for Joe.

He made a point of assuring me that the Wildcat was neither little nor slow.

I stand corrected. Wooden roller coasters can be big and fast, and my older child is no longer afraid ofÃ‚ everything.