This spring, we had an issue with Grace and her sleeping habits.

To be specific, she went to sleep just fine (not in her bed but in a sleeping bag on the floor of my room, but that's a whole different blog post), but she didn't stay asleep.

An hour or two would by, and Grace would wake up. Everyone wakes up through the night;Ã‚ the issue came from what happened next.

Grace got out of her sleeping bag, trudged through the hallway and down the stairs, and plopped onto the couch. Usually, she moaned,Ã‚ I can't go to sleep, and then she laid her head down and went to sleep.

Sometimes, Joe would pick her up and take her back to bed, but that invariably led to an explosion. She would cry and beg and then, when she realized things were not going to go her way,Ã‚ kaboom!Ã‚

Everything came crashing down. 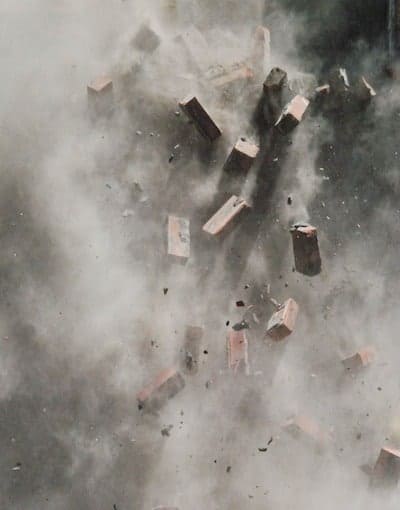 If you don't have an explosive child, let me tell you what an explosion is like. She screams. She shakes. She hits and kicks and head-butts. Sometimes she laughs, not because it's funny, but because she's having these strong feelings and doesn't know how else to deal with them. She's unreasonable, unmanageable, almost unimaginable.

We're working on these explosions with Grace's therapist, Miss Julie. Grace is super smart, but her emotional development is lagging. Her "appropriate ways to express my frustration and anger" department isn't quite where it should be.

The explosion always woke Allie up. It became a whole house fiasco with Joe trying to calm and comfort Allie, mitigate Grace's violence and get her back to bed, and me trying to ignore the fracas and get my work done. (Because I work full-time from home, and my work hours are in the evenings.)

I suppose I should pause to say that I don't believe in punishment. The quick and easy solution (that I've heard a hundred times if once) is that we should paddle her.

After much trepidation and consultation with Miss Julie, I realized that Grace wanted to spend time with me. She was getting out of bed because she felt like she never got my undivided attention (having a toddler sister and all), and she knew that I would be working but alone in the living room.

Armed with this knowledge, we decided to give Grace an incentive to stay in bed, a reward if she could stay in bed through the night for a whole week.

She had been waking up every single night, so a whole week seemed like an unreachable eternity.Ã‚ If it worked, though, if Grace stayed in bed, there would be no need to deal with the tantrums becauseÃ‚ there would be no tantrums.Ã‚

Choosing a reward was easy. Grace didn't want a new toy or a fancy dinner or a video game or even money. She wanted to be special. She wanted time devoted just to her.

The reward I proposed was a special date with just Daddy, me, and Grace. We promised her that we'd get a babysitter for Allie, and the three of us would do whatever she wanted for a whole afternoon.

In short, we rewarded her with undivided attention, time free from distraction.

The first day, we built Grace up. We told her that we knew she could do it. We posted a chart just like the printable kids charts at KidPointz, and Grace put a sticker on it each morning, after she stayed in bed all night.

Of course she stayed in bed every night. I had no doubt that she could do it if she chose to. Earning a special date made her choose to.

The special date was a wild success. Grace wanted to go for a boat ride, so we rented a row-boat at a state park. Joe rowed us all over the lake in the bright sunshine of a Saturday morning. We counted turtles on logs and picked leaves for Grace's leaf collection.

Afterwards, we went for ice cream together. 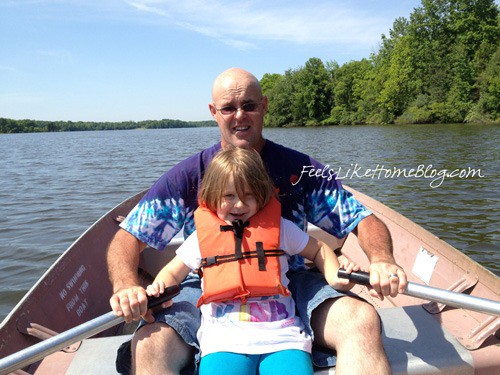 It couldn't have worked better.

Grace's habit of getting out of bed interrupted, she stayed in bed through the night.Ã‚ That's not to say she never woke up again, but it only happened occasionally after that. We never went back to nightly fights over going back to bed.

What rewards work best for your kids?

This post is sponsored by KidPointz, and it enters me in a competition to be the next KidPointz blogger. Still, it is exactly what happened in May of this year.