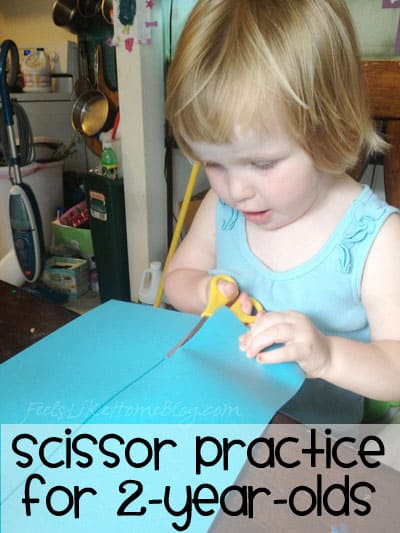 Do all 2-year-olds have an obsession with scissors? Allie sure does, and I remember Grace having one at 2, too.

Every time Allie walks through the dining room (where her special yellow scissors are), she says,Ã‚ I cut paper? I want to cut with scissors.

She once cut some contracts in half, but fortunately, keeping the scissors out of her reach has prevented much collateral damage.

She has been erratically cutting paper for a few weeks, so I wanted to see how well she could use the scissors. 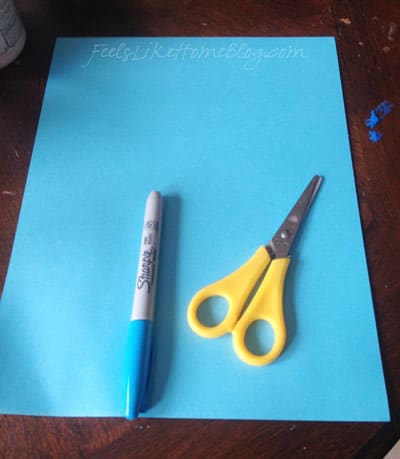 I forgot half of the materials in my photo. Sorry.

This was so easy; I almost didn't write this blog post. But, I thought it might be helpful to someone, so I went ahead and did it.

1. Draw a line dividing the paper in half. It doesn't matter whether you make hot dog sections (long and skinny) or hamburger (short and fat) halves. 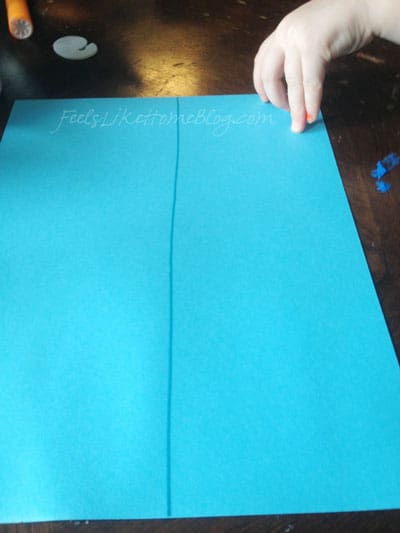 2. Help your kiddo to cut along the straight line. See those fingernails? Grace painted them for her before I woke up one morning. (!!!) 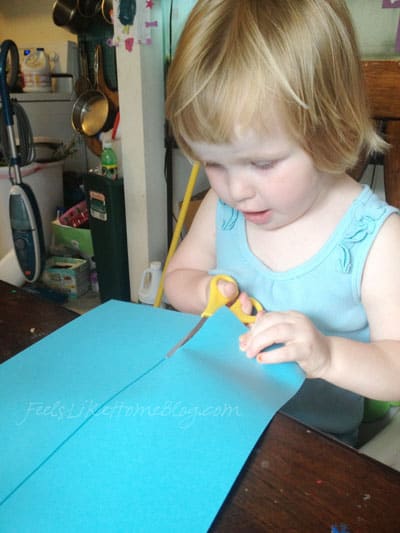 3. Draw more straight lines, to make squares, rectangles, and triangles. Be sure to narrate the shapes as you help your little one to cut them. Also talk about bigger and smaller shapes. 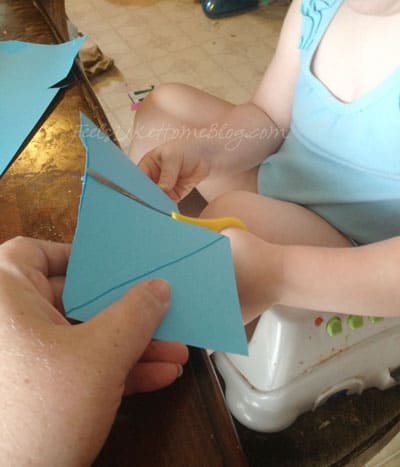 4. Arrange the shapes (as she one cut them - don't even them up or trim the edges!) into something on a piece of paper. I talked Allie into making a fish. I laid out a square and a couple of triangles, and I helped her to glue them down. She had a hard time getting any glue to come out of the bottle. 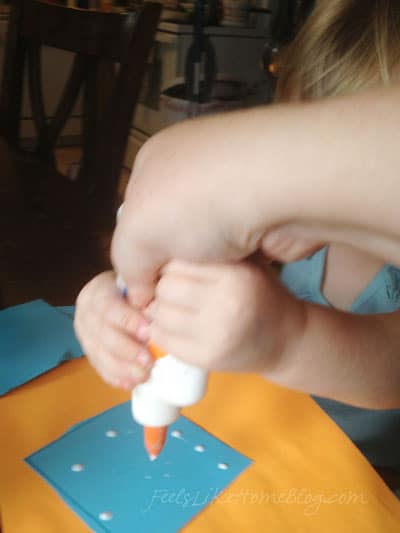 5. Press, press the shapes down. 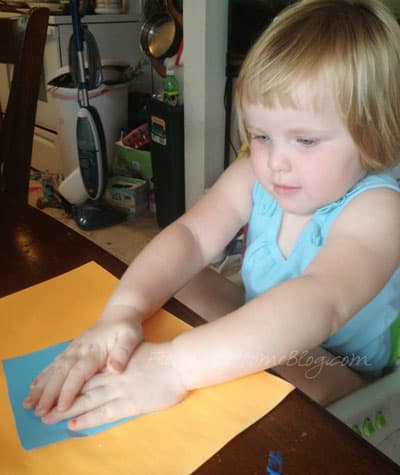 6. Even though my fish was finished, Allie was not finished. She wanted to keep gluing shapes onto the paper. I really wanted to be done and photograph my fish made of shapes, but I {reluctantly} went along with her vision. 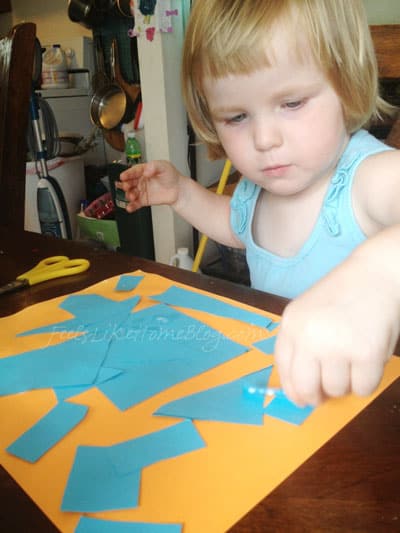 7. When she said we were finished, I asked her where the fish's face should go. She pointed and saidÃ‚ eyesÃ‚ andÃ‚ moufÃ‚ and teef, so I put them where she wanted. She was happy. 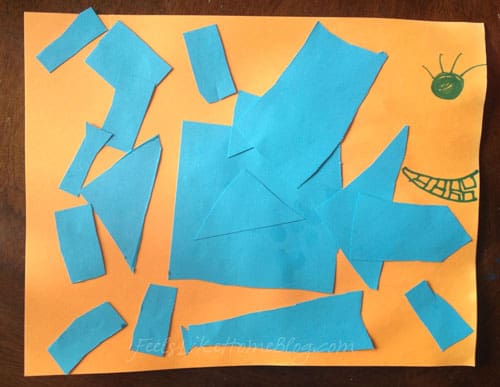 Here's the simple little fish I was imagining when we started. Maybe next time. 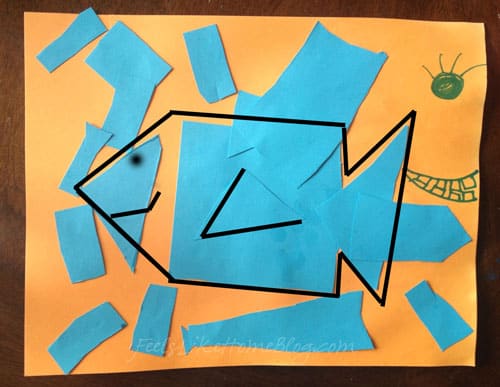 This website uses cookies to improve your experience while you navigate through the website. Out of these, the cookies that are categorized as necessary are stored on your browser as they are essential for the working of basic functionalities of the website. We also use third-party cookies that help us analyze and understand how you use this website. These cookies will be stored in your browser only with your consent. You also have the option to opt-out of these cookies. But opting out of some of these cookies may affect your browsing experience.
Necessary Always Enabled
Necessary cookies are absolutely essential for the website to function properly. This category only includes cookies that ensures basic functionalities and security features of the website. These cookies do not store any personal information.
Non-necessary
Any cookies that may not be particularly necessary for the website to function and is used specifically to collect user personal data via analytics, ads, other embedded contents are termed as non-necessary cookies. It is mandatory to procure user consent prior to running these cookies on your website.
SAVE & ACCEPT
586 shares