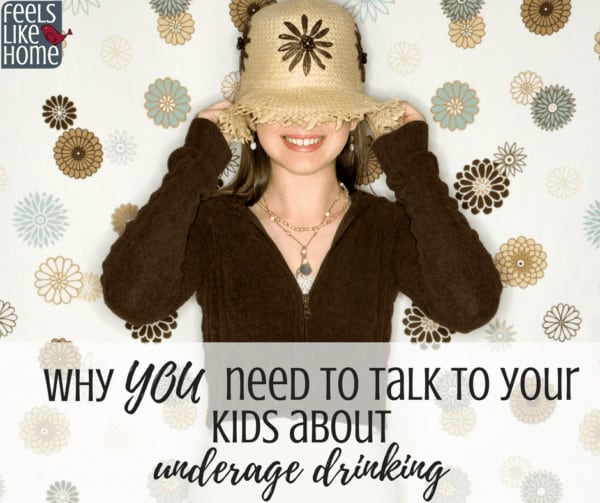 Thank you Pennsylvania Liquor Control Board for sponsoring this post. Learn more about how you can prevent underage drinking at KnowWhenKnowHow.org.

A few weeks ago, I attended the funeral of a former student. He was 27 when he died as the result of a heroin overdose. I am friends with his grandmother, and I knew a little about the struggles he had been having with alcohol and drug addiction, but I never expected to hear that he had died.

Carl was a vivacious young man. He was handsome, funny, and very charming. He was in my class in the ninth grade at a time when a lot of kids are awkward, but Carl was never awkward. He was self assured, confident, and always wearing a dazzling grin.

In those days, I used to pick up a coworker in the morning before work, and there were plenty of occasions when Carl, who lived on her street, would run out in front of my car, begging for a ride to school so that he wouldn't have to ride the yellow bus. I had a soft spot for Carl and often did give him a ride.

At his funeral, I had to wonder at what point this very good and kind person became an addiction statistic.

Did he experiment with alcohol as a tween? Was he drinking yet when he was in my class? If the statistics hold true, most likely he was. In fact, alcohol is the single most abused substance by kids and teens.

I'm sure that his mother has often wondered over the years what she could have done differently to prevent his addiction.

Let me be clear. I don't blame Carl's family for his addiction. It wasn't their fault. But it is true that the earlier a kid starts drinking, the more likely he is to have a drinking problem later in life. 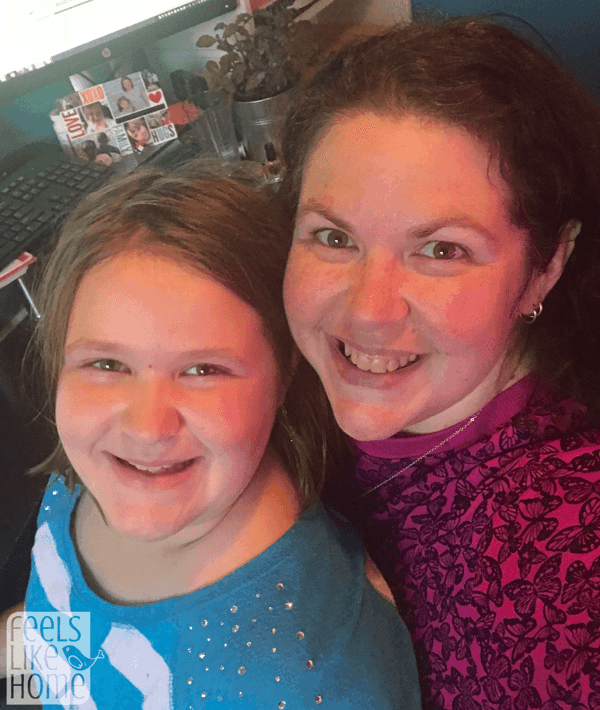 How much influence does a parent really have? Research has shown that 80 percent of children feel that their parents play a major role in their decision to drink or not.

Bariatric patients are strongly discouraged from drinking alcohol, so I don't drink at all anymore. Joe will very occasionally have a beer at a restaurant, but he's never been much of a drinker, either, despite the fact that we have a very well stocked alcohol cabinet in our kitchen.

The subject of drinking alcohol has never really come up with our kids.

It's scary to think that kids my sweet Grace's age are already trying alcohol and getting drunk. She's 10 but, because she doesn't go to school, she is a very young 10. She has absolutely no interest in "adult drinks." She doesn't really even understand what they are or why people would drink them in the first place. 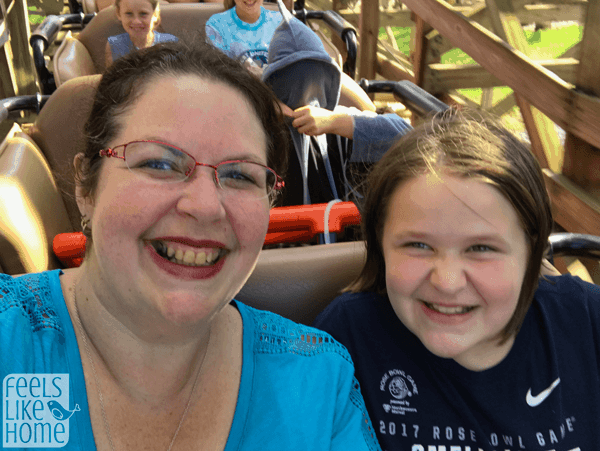 But then that means that I have to actually bring it up.

Fortunately for me, this is one area where there doesn't have to be one big talk. It can happen a little at a time as the moments arise, over months or even years. In fact, it should be an ongoing conversation and not a one time thing.

Research has also shown that kids ages 8-11 are most receptive to their parents' opinions on underage drinking, so this is a perfect time for me to bring it up with her. Approximately 37% of 8-year-olds have already had a drink of alcohol, and 66% of 12-year-olds have. If you wait until the teen years, you may have already missed the boat. 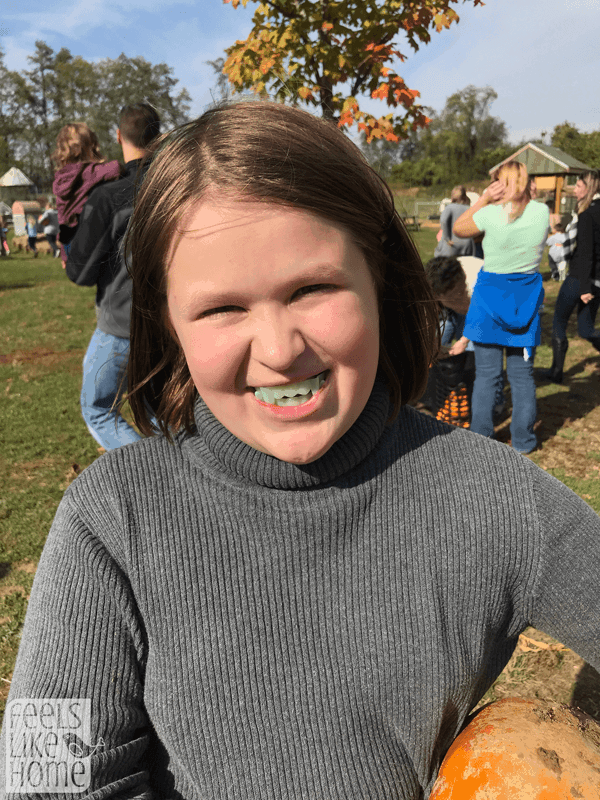 40% of Pennsylvania parents say that underage drinking is okay on special occasions. Even if you aren't one of those, your kids' friends' parents might be. We attended a high school graduation party over the summer where the graduate and all his friends were drinking quite casually. I couldn't believe it. I was wondering if the parents of all those kids knew they were drinking, and whether the hosts knew the possible consequences for allowing underage drinking at their party.

Underage drinking is illegal, plain and simple. An adult who is caught providing alcohol to minors risks stiff penalties including fines and jail time.

Underage drinking carries serious risks that can negatively impact kids' development, causing nerve cell and brain damage. Underage drinking is associated with decreased participation in sports and activities, and, as I wrote earlier, significantly increases the risk of addictions later in life.

As parents, we are called to be responsible role models for our kids in every area including consumption of alcohol. It's completely up to you whether you do or do not drink alcohol, but we all need to use everyday opportunities to discuss the risks and consequences of underage drinking with our kids.

Here are some facts to help get your conversation going:

To learn more about underage drinking and how to talk to your kids about it, go to the Know When. Know How. webpage from the Pennsylvania Liquor Control Board.

So tell me, have you started to talk to your kids about underage drinking yet?

I was selected for this opportunity as a member of CLEVER and the content and opinions expressed here are all my own. 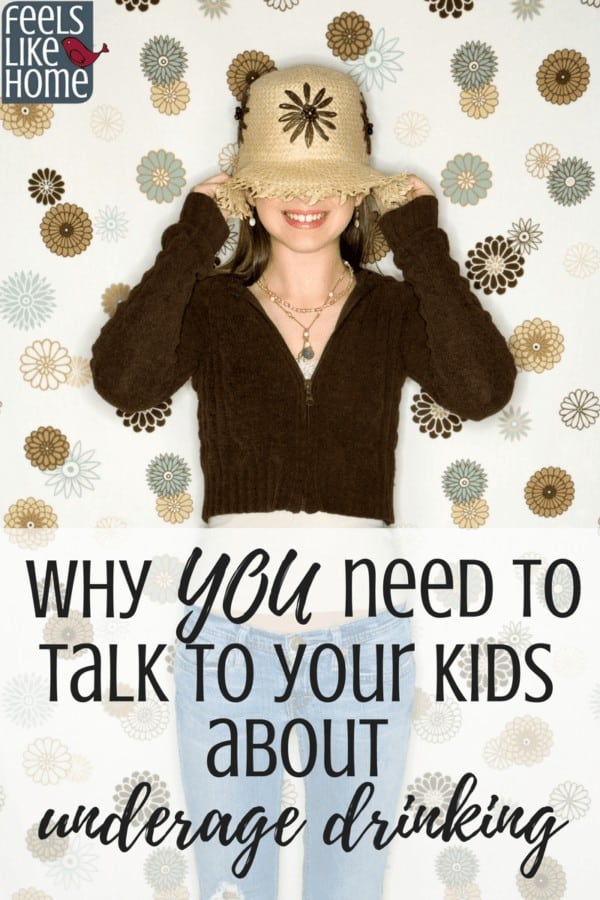