My kids are weird.

Last week, Grace was grumpy and tired and - being too old to lie down and take a nap - I suggested we watch a movie and just relax for a little while. 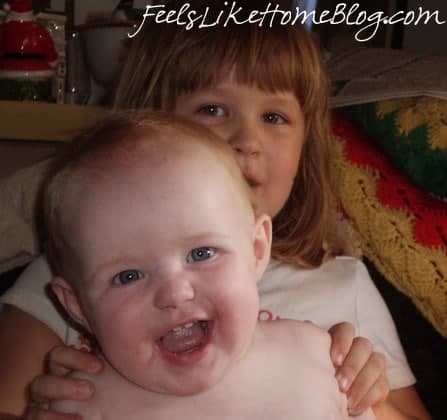 "How about Tangled?" I asked, trying to come up with something we hadn't seen in a while.

No, she responded. Looking over the DVDs, she asked, How about the Sound of Music?

We watched The Sound of Music. On one hand, I was proud of her for choosing a quality classic film over a Disney Princess flick, but... that's kind of weird, don't you think?

The next day, the girls and I were eating lunch together when Allie noticed my moussaka.

Allie thought so, too.

But she loves moussaka. That's kind of weird, don't you think?

I remember clearly a remark my brother-in-law, my older sister's husband, made when I was about nineteen.

At the time, I scoffed. "You're much older than me!" I objected.

"Maybe I was born before you, but you're about sixty-two!" he reasoned. "You listen to Louis Armstrong. You play Yahtzee and Scrabble with Grandma. Those aren't normal teenager things.

Even then, I had to admit that he was right. I'm not a normal person my age, and I never have been.

My kids are old souls.

At least we're in good company.