A few weeks ago, I filled a couple of mini muffin trays with baking soda and gave each of the girls some colored vinegar and pipets to play with. It kept them busy and experimenting for hours, filling and refilling and dripping and pouring. I'll write about it and share pictures another time.

After all the playing was done, Grace asked for a plate of baking soda.

I gave it to her.

She smoothed it all out and began dripping red and blue vinegar onto the plate. 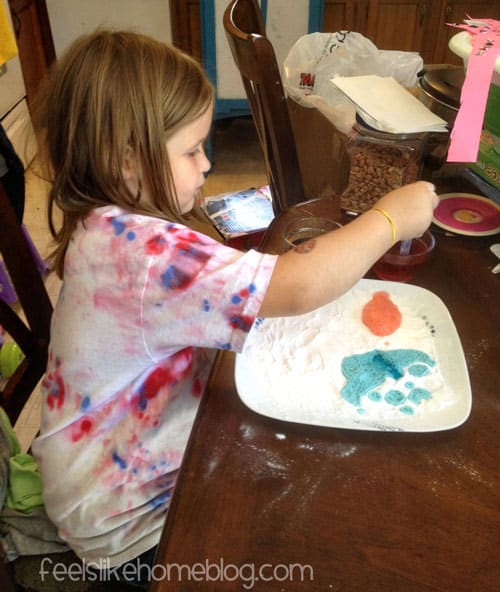 A few minutes later, she allowed me to see what she'd been working on.

From baking soda and vinegar. 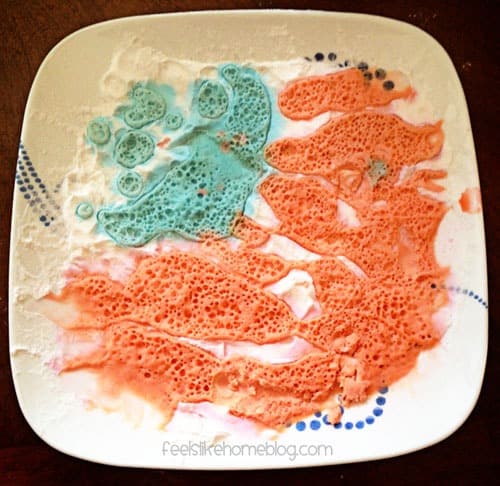 Pretty fitting for today, too, I thought.

Do you remember where you were that morning? I bet you do.

I remember where I was. It was the second day of the third week of my first year teaching high school astronomy.

I was sitting at my desk at 9:09, when students began pouring into my classroom. It was the beginning of the second period of the day (I didn't have a class during first period.), and my students were filling me in on what they'd just seen on the news. We turned the tv on for a bit, saw recaps of the planes and the explosions, and then I turned it off and gave them a test.

Whatever it was, I told them, it could wait until after the test.

After the last student handed in his paper, I turned the news back on and we watched as people streamed out of the buildings and then as the towers collapsed into clouds of ash.

I still feel the shock in the pit of my stomach even today.