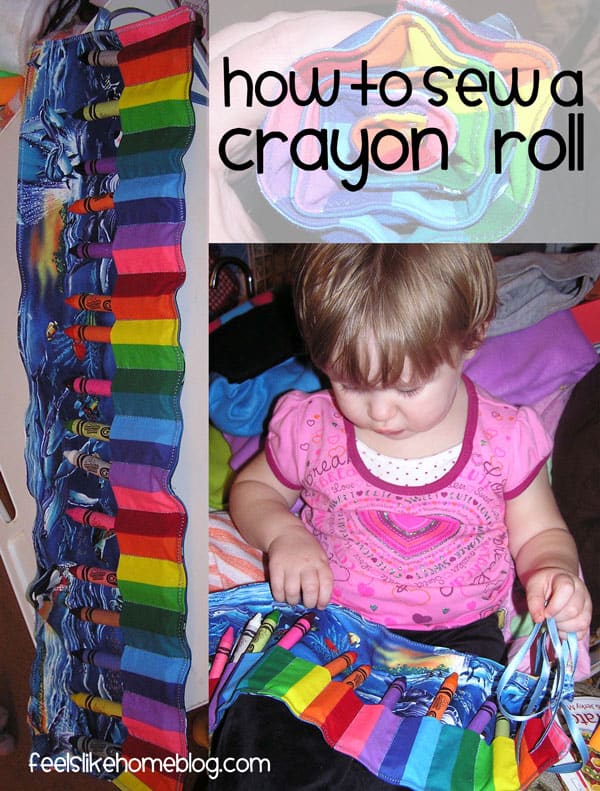 Grace's daycare is having a little party for the kids this week. Grace is very excited about the goodies in her future.

I'm less excited about buying a bunch of flimsy character-themed "cards" that will be trash in minutes or, just as bad, spending gobs of time and money on cute homemade cards that will also end up in the trash.

I don't think the other parents will mind if we skip the cards and candy that go with them, but I don't want to make Grace forgo the whole Valentine's tradition.

I considered making little stuffed Elmos for the other 7 kids in the daycare, but I wasn't confident in my Elmo-making skills.

I found awesome instructions for making a crayon roll at Skip to My Lou. The first two crayon rolls I made were for Grace's cousins, and I made them exactly as Cindy's tutorial suggested. (I'd like to note that she has a second set of instructions in which she ironed vinyl onto the inside to keep it looking nicer. Brilliant!)

Grace and her friends are younger than Cindy's intended audience. They are rougher on their stuff, and they use extra fat toddler crayons. As a result, I had to make some adjustments to Cindy's crayon roll. 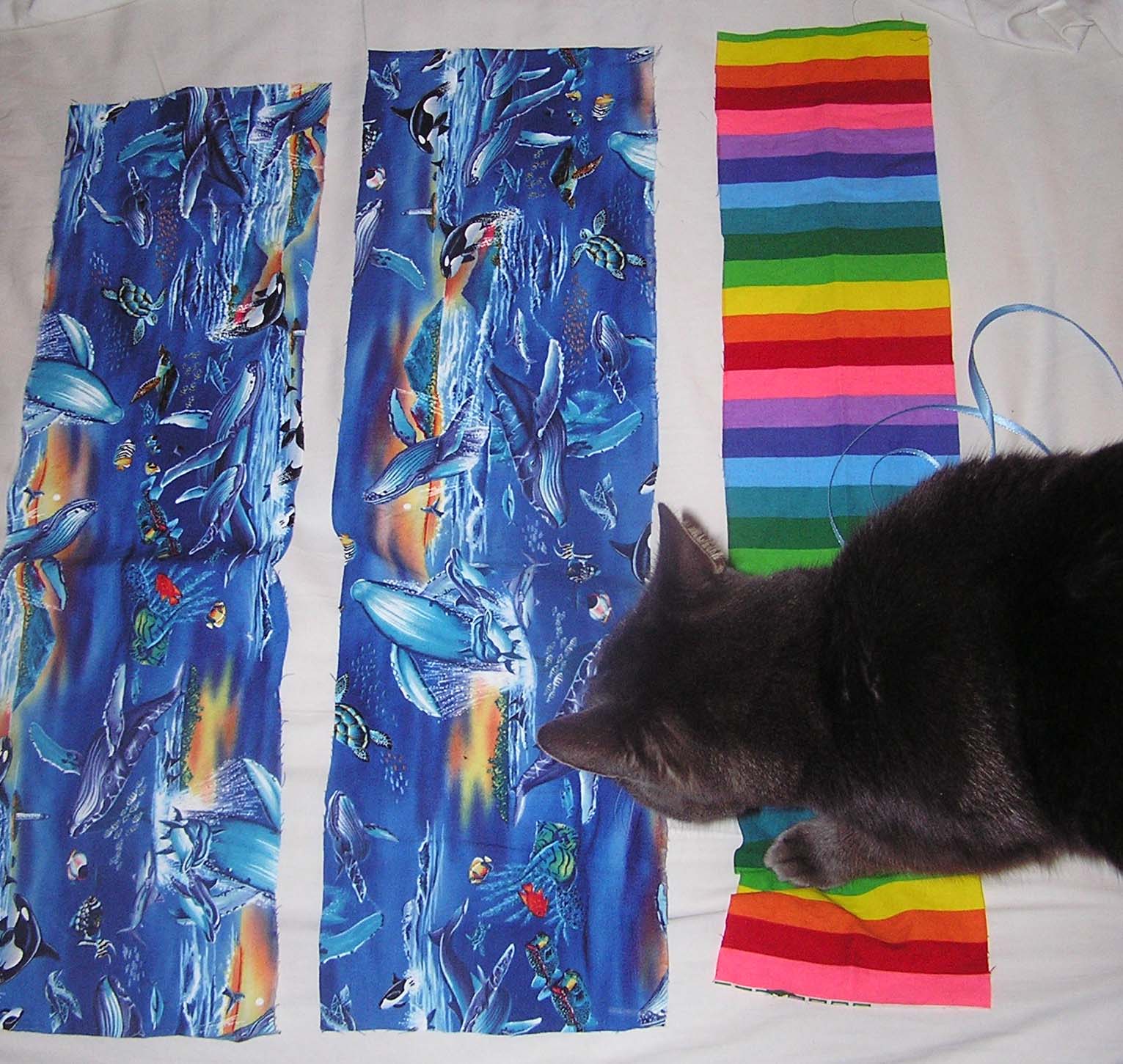 You see how much help I have around the house? 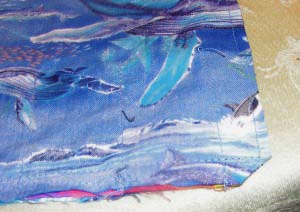 I love how the finished crayon rolls turned out! 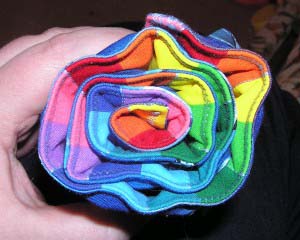 I hope the kids (and parents) at day care like their crayon rolls as much as I do!

This website uses cookies to improve your experience while you navigate through the website. Out of these, the cookies that are categorized as necessary are stored on your browser as they are essential for the working of basic functionalities of the website. We also use third-party cookies that help us analyze and understand how you use this website. These cookies will be stored in your browser only with your consent. You also have the option to opt-out of these cookies. But opting out of some of these cookies may affect your browsing experience.
Necessary Always Enabled
Necessary cookies are absolutely essential for the website to function properly. This category only includes cookies that ensures basic functionalities and security features of the website. These cookies do not store any personal information.
Non-necessary
Any cookies that may not be particularly necessary for the website to function and is used specifically to collect user personal data via analytics, ads, other embedded contents are termed as non-necessary cookies. It is mandatory to procure user consent prior to running these cookies on your website.
SAVE & ACCEPT
211 shares