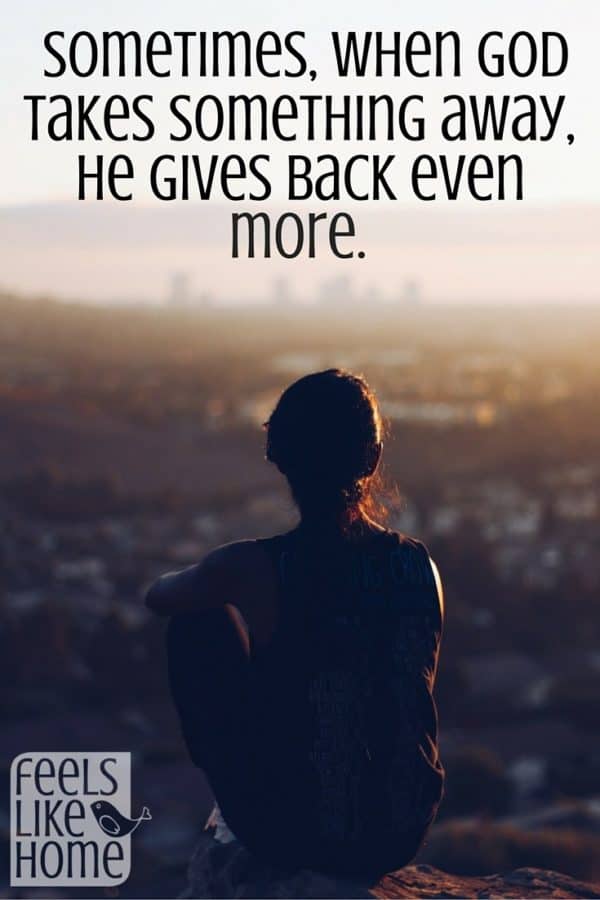 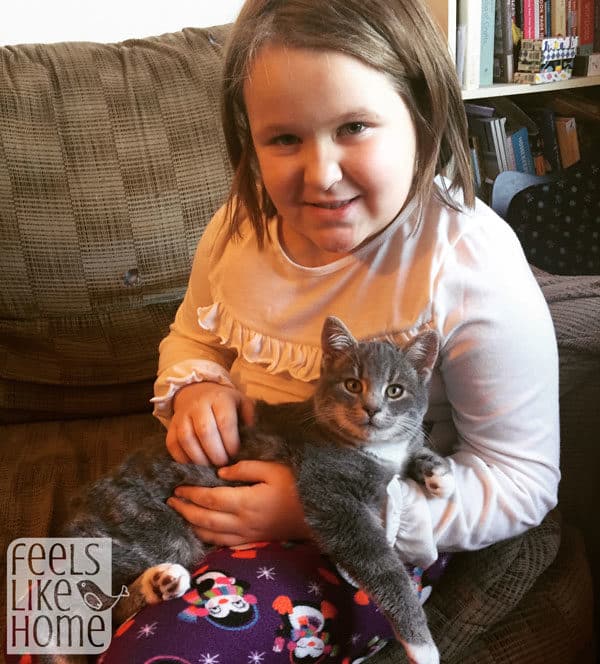 Last Wednesday, we had to put our beloved Zeus to sleep. He was almost 15. He predated my kids, my husband, and even my house. We had been together longer than anyone in my adult life.

What's more is that he died on December 30, two years to the day after I had to put his sister to sleep.

To say I was sad that day is an understatement. I was devastated. I'd had a feeling he was sick, but had been living in denial for a few weeks. In the end, it turns out that he really was sick, and the illness was incurable.

I went through a range of emotions from sobbing in the veterinarian's office to sniffling in the shower later on. From the beginning, almost before the vet said humane euthanasia, I knew I wouldn't get another cat. It was too soon. My emotions were too raw. 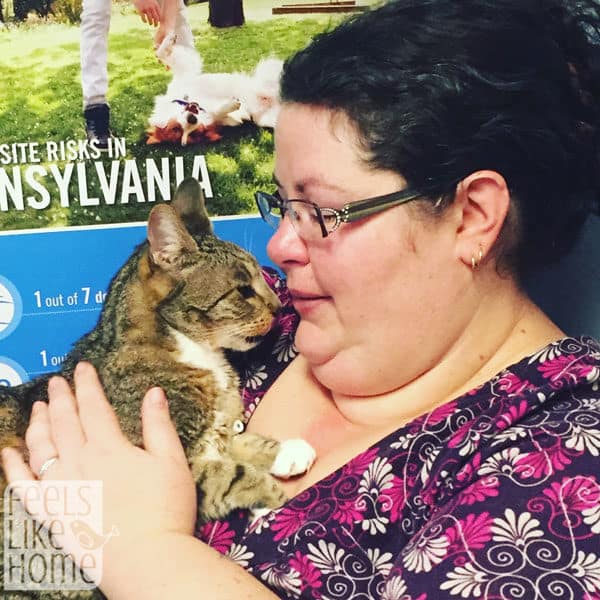 Then the day went on. It was like any other day. I worked from home and took care of the kids and did a little knitting. It was a completely unremarkable day except for my great sadness.

And then I had an idea.

What if the cure for my sadness was new life.

I thought we might get some kittens someday down the road.

And then, the longer the idea percolated, I realized that I wanted to get some kittens maybe soon.

I remembered a post on a local homeschool board about some kittens in need of a loving home. I called the woman, and she still had the kittens. It was serendipity, except that she had 3 kittens and I only wanted 2. They were boys (we wanted boys), they were 4 months old (big and sturdy enough to be handled by an overzealous 5-year-old), they were raised by a family, and they were available the next day.

I woke Joe up from his slumber to tell him. 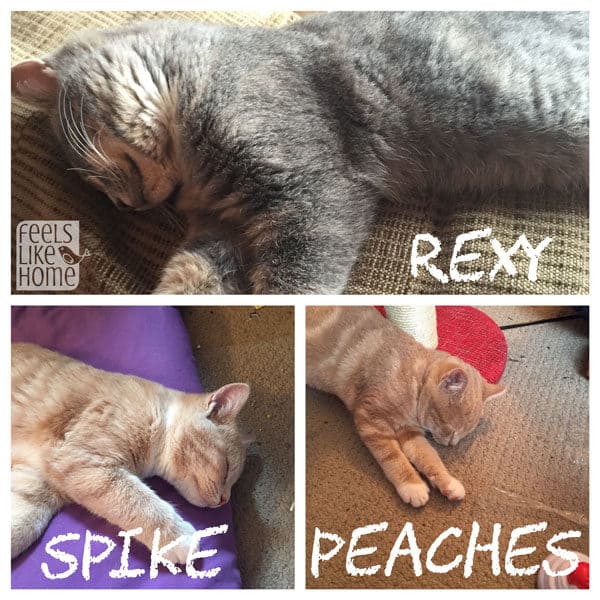 The next day, we went and picked up the kittens, who turned out to be outside kitties who didn't use the litter box. Undeterred, we brought them home and loved them.

At first, the kitties were cautious and standoffish. The kids wanted to hug and kiss and carry them around, and they just wanted to explore their new surroundings and get comfortable. 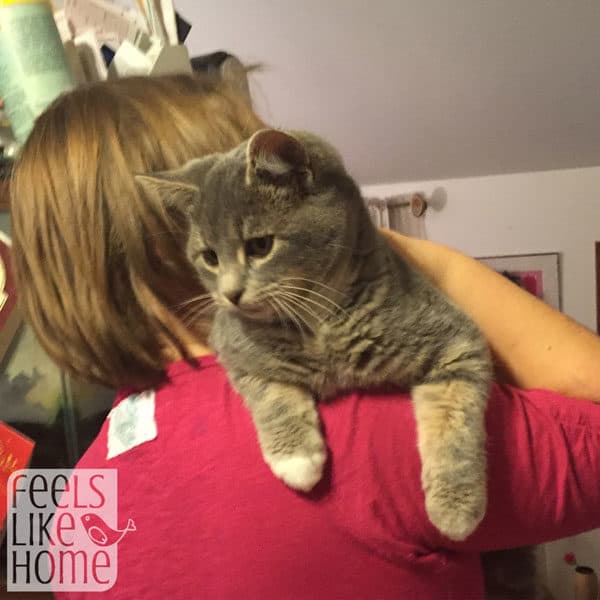 It's been 7 days now, and the little boys are settling in. Yesterday, one of them crawled up in my lap, then up to my neck, and snuggled there for a bit. He nuzzled me and gave me kisses and purred and purred. 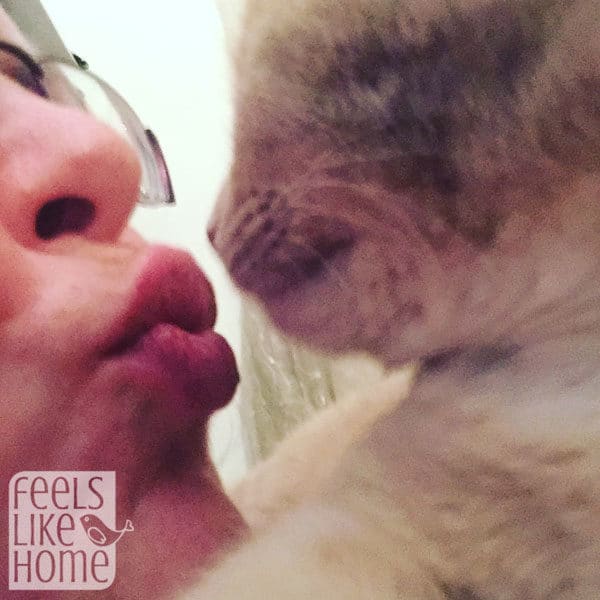 Babies laughing and kitties purring have got to be my two favorite sounds. Nothing beats them.

Tonight, a different kitty came and sat by my chair, squeaking a tiny meow and looking at me. I picked him up and he climbed my chest the same way, settling himself with his face next to my face, rubbing my chin and purring for a half hour. 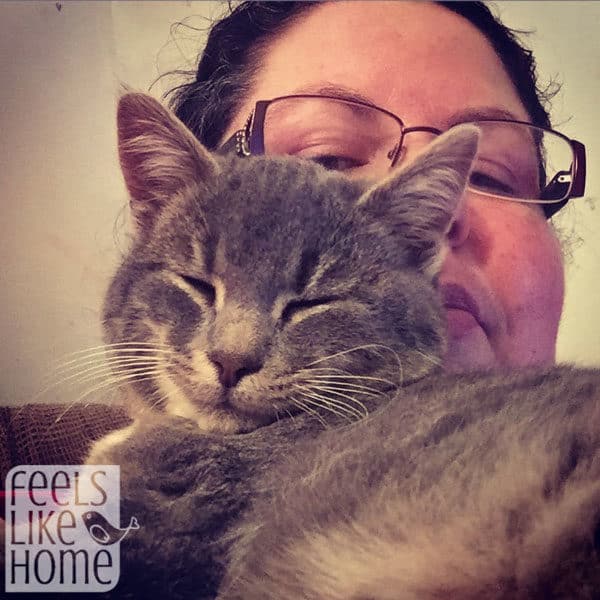 But the babies are here now, and they are real and sweet and playful and energetic. 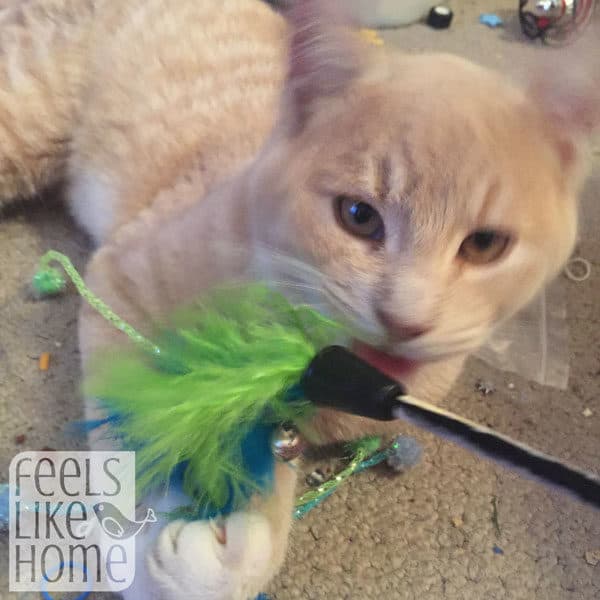 Isn't God just like that? He takes away something we hold so dear, and that makes us so sad. But then He gives us something even bigger and sweeter in its place, something we didn't even know we wanted until it was right there in front of us.

He is good. His timing, His plan, and His ways. All good, all the time. 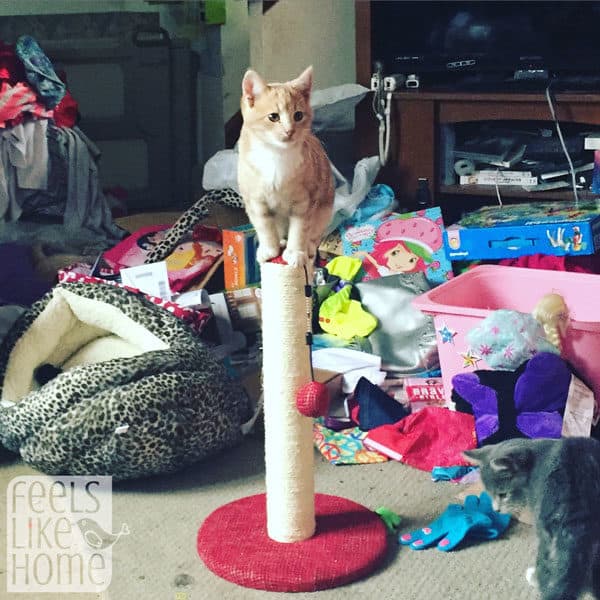 The story of our new kittens goes way beyond my sick elderly baby to a family whose cat wandered away and returned home pregnant. Already having 4 cats, they struggled with the new litter and a houseful of cats. The mother wanted to get rid of them - needed to get rid of them - but couldn't bring herself to advertise, not knowing who might come along or what they would do to the precious babies she had raised.

Her kids were in love with the kittens and very sad to give them away. She posted about the kittens on a homeschool message board, the same post I found three whole weeks later. She had prayed that the right person would see the post and contact her, and I did. 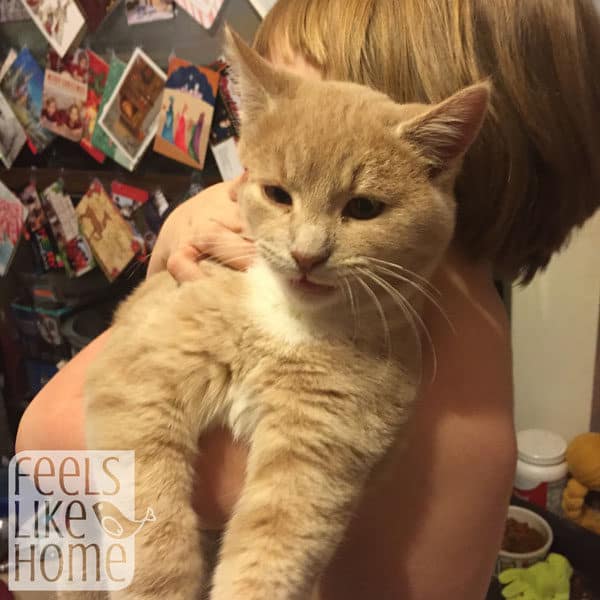 I don't explain her side of the story nearly as well as she does, but suffice it to say that my losing Zeus and gaining these three busy boys was a God sighting on both sides of the fence. That family needed us, and we needed them.

I always have trouble giving a testimony at church, because I don't know how to wrap it up. I'm having the same problem here. I don't have anything witty or deep to end with, just my story of loving and losing and gaining even more. That's all there is.