My kids say I'm neglecting them in favor of my new Silhouette CAMEO, which is absolutely not true at all. I totally involve them in almost all my crafty projects.

And also, this is not going to become a Silhouette projects blog. I'm just excited about my new toy, so I want to share some of the things I have done. 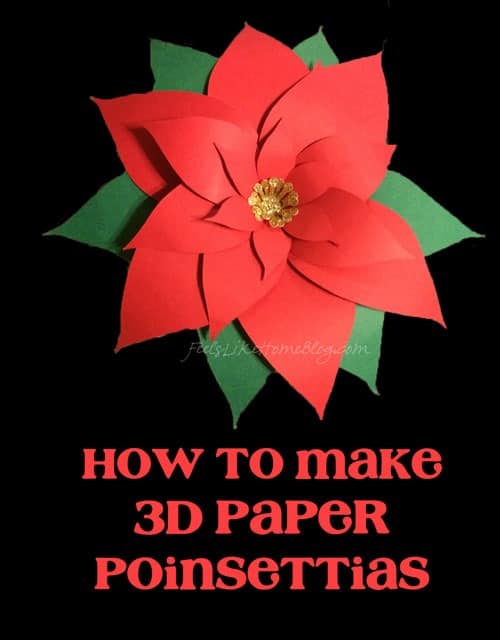 I love this poinsettia so much (I knew I would as soon as I saw the file for it on the Silhouette store.), and it came out perfectly the very first time I made it.

I think you could probably figure out how to make it on your own without a Silhouette machine, which is why I decided to make a tutorial for it, but it is going to take a whole lot of cutting with scissors. You may not make it to the end because you will curse me halfway through and quit.

With the Silhouette machine, though, it takes about three minutes to cut out.

How to Make 3D Paper Poinsettias

I forgot to take a picture of the materials, but I used the following: 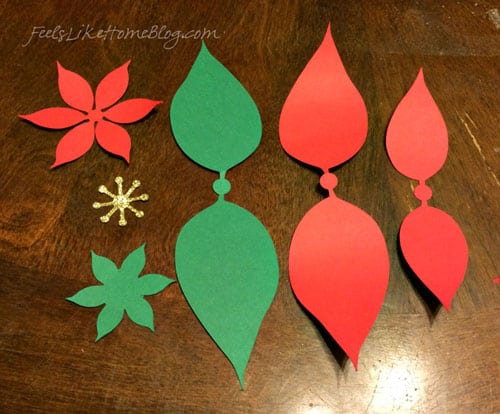 The total pieces you'll need for one 3D paper poinsettia: 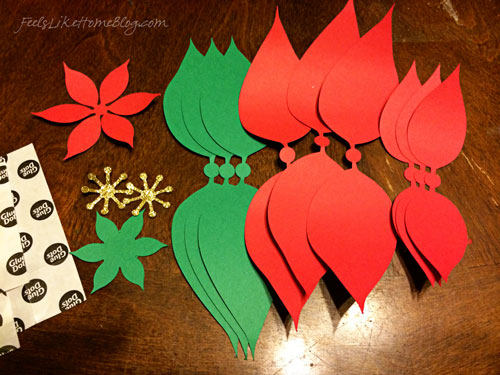 How to put the poinsettia together:

1. Before you do each step below, you will want to roll the leaves under so that the curve down. I experimented with a bunch of different ways. I tried rolling the leaves like this, and that worked the best for me. I also tried rubbing the leaf against the long edge of my scissors (that gave me a smooth curve but not curvy enough), rolling the leaf around my glue pen (made too many little creases in the leaf), and rolling it around my finger (also creases). I didn't do this all at once, but just before I used each piece. 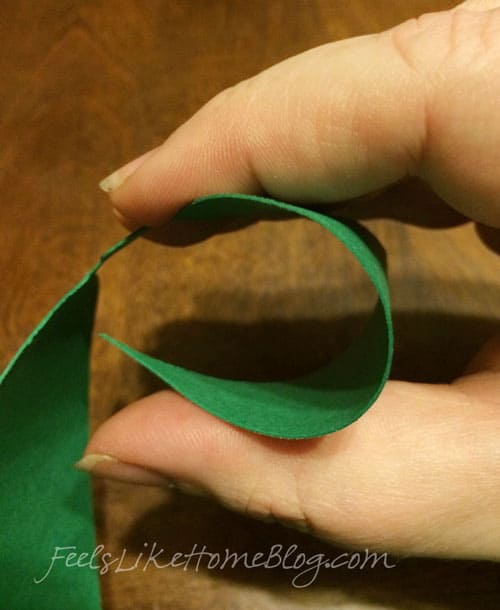 2. The small green shape is going to be the back of the poinsettia, the part that anchors the flower and keeps it stable. Put a glue dot in the center of the back. Roll the first set of green leaves and stick them onto that first glue dot. Repeat with the other two green leaves, rotating them so they spread out in a nice circle.

This is such an easy project that even little kids can help with it. Grace enjoyed sticking the glue dots in the center over and over. (She was tired, and it was almost bedtime. She really was having a good time here.) 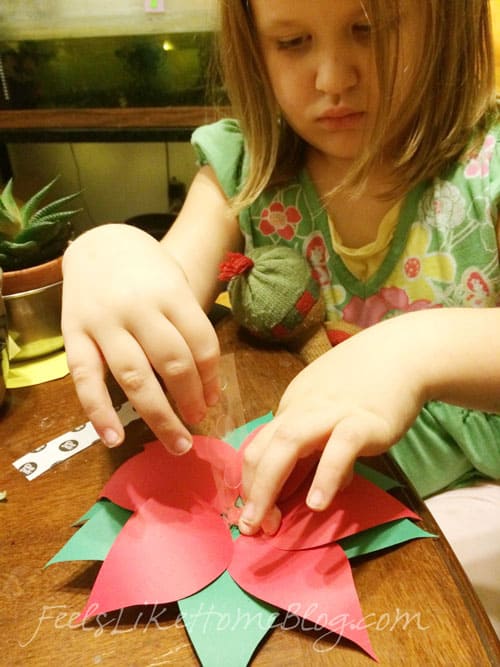 Did you know that the red part we call the flower is really just a set of red leaves on the ends of the branches called bracts? The only part of the plant that's a true flower is the tiny yellow part at the end. It's true. Read more about it from the University of Illinois.

Here are a few more interesting facts about poinsettias from that page:

Back to the instructions:

3. Keep putting glue dots in the center, and start adding the large red leaves. Remember these aren't petals but bracts. 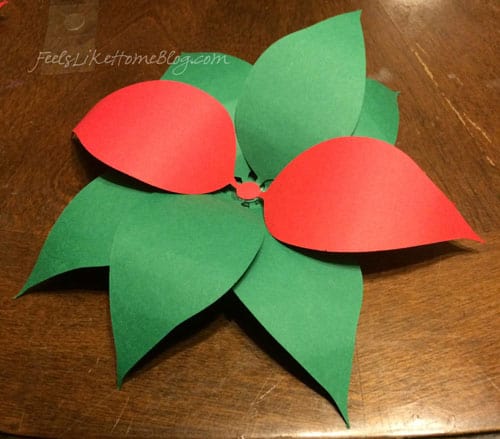 5. I had to fold my ½" glue dots in half to attach them to the gold flowers in the center of the bract, but folding it did work out just fine. Glue the two centers, one on top of the other, adjusting them so that the petals alternate rather than overlapping. Adjust as you see fit so that the center is all bunched up or spread out or whatever you like. 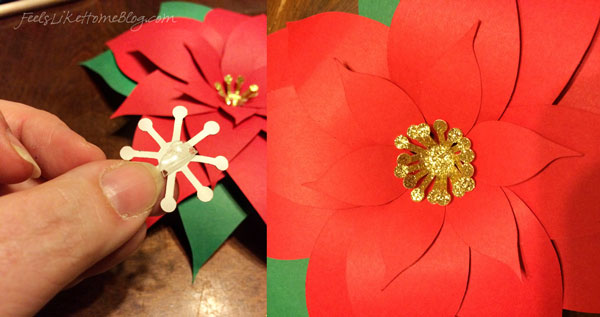 6. Put glue or glue dots on the back and attach it to something. If you're attaching it with string or ribbon to something (like if you want to hang it from a hook on the wall), you may want to attach that before you actually start building the flower in step 1. Otherwise, just glue or tape it onto a package, a stick (to make a bouquet of them), or random things around your house.

I stuck mine to the top of my turtle's tank. It makes him look festive.