Now that her new and improved bedroom is finished, Grace wanted to have a big public reveal. We invited a few friends to come over and enjoy a little party.

When this sponsored campaign with Disney and Glidden began, I assumed that Grace would want to makeover her pink bedroom into a sparkly princess bedroom. I committed to have a princess reveal party - and then she decided that she wanted Peter Pan and Tinkerbell on her ceiling. It was too late to switch to a fairy party.

We stuck to the original plan - a princess party - and we oohed and ahhed over Peter and Tink in the actual bedroom. Nobody complained. They were too busy eating cupcakes and creating crowns to care.

We know a thing or two about throwing a princess party at my house. We're seasoned professionals.

The firstÃ‚ activityÃ‚ was to make princess crowns (so that the princesses could wear them for the rest of the party). I had cut out foam crowns from hot pink foam (to match the bedroom walls), and the girls used sticker jewels, glitter glue, and regular glitter with cow glue to decorate them.

And then they got fancy when I wasn't paying attention. 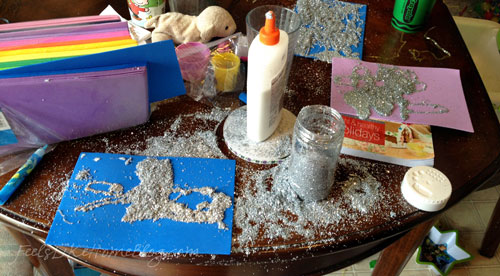 Never underestimate the mess-making potential of five small children with a bottle of glue and a can of glitter. (Mistake #1)

How about these fancy cupcakes? 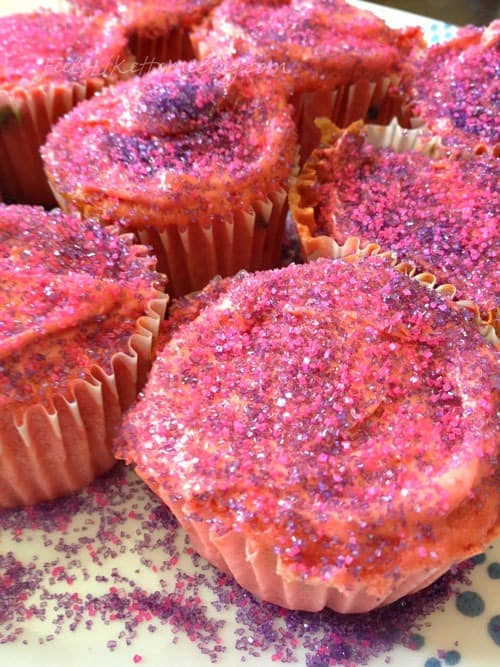 Grace wanted cupcakes that were the same color as her roomÃ‚ with glitter, and I was pleased with how they turned out.

Hot Pink All That Glitters Cupcakes

I mixed a box of cherry jello with a box of Funfetti cake mix, then I added the ingredients for the cake. I had never baked with jello before; I was just guessing.

To a can of prepared frosting, I added most of a second box of cherry jello. (Careful with how much jello you add to the frosting. If you add too much, it will be grainy in the frosting, and that will be strange. Kids won't complain, but adults will. I know from experience.) 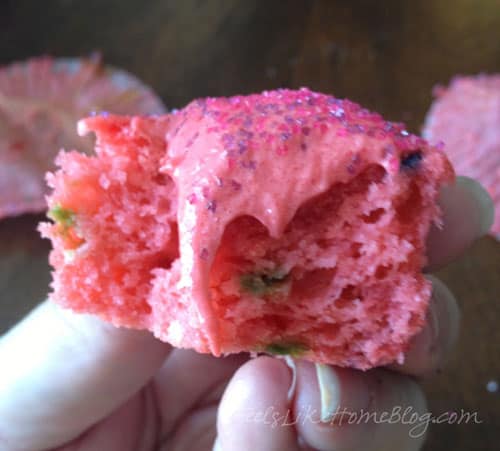 The pinkness was just right, although the cupcakes were a wee bit too moist. I think the jello alters the consistency enough that removing an egg or part of the oil is required. Again, just guessing.

Have I mentioned that the kids didn't complain about the weird cupcakes? They didn't.

Have I mentioned that the adults said the cake was a little strange? They did.

There you have it. For the next party, I'm only serving cupcakes to the children.

My cake mix made 12 cupcakes with enough batter left over to fill an 8-inch cake pan, so I made a small cake for the adults. (Mistake #2) 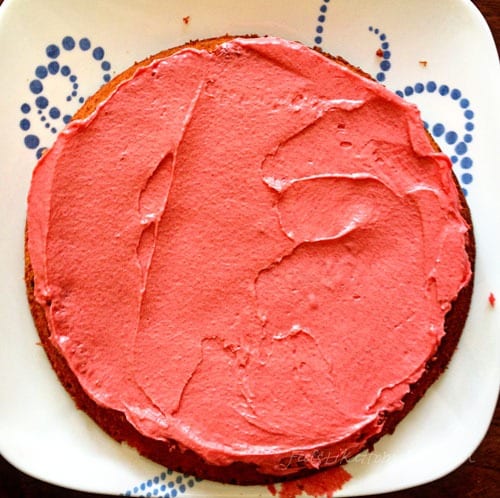 The pièce de résistance on these amazing hot pink glitter cupcakes is colored sugar sprinkles. We just happened to have hot pink and purple sugar, so that's what we used.

As with all glitter, apply the sugar generously.

After eating cupcakes, the children washed their hands and played dress-up in Grace's new fancy room and paraded out into the living room in fashion show after fashion show.

I'm thinking about turning Grace's bedroom into a playroom and moving her bed into Allie's room. The pixie dust glittery room would make a great playroom, don't you think?

The flock of princesses thought that was a fine idea. I just might do the furniture moving one day next week, while Joe is at work. Won't he be surprised?

Peter Pan, Tinkerbell, and the All That Glitters fairy dust extravaganza

Peter and Tink are above your head. (Amazing to me that the pink reflects on the white ceiling in this photo. Crazy pink walls.) 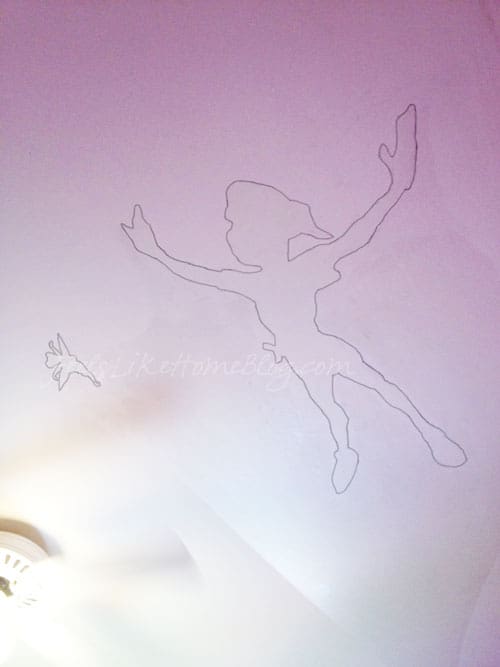 Their trail of pixie dust surrounds them (see how Joe cut in and finished them? I love it.), goes across the ceiling, down onto the right wall, back up onto the ceiling, 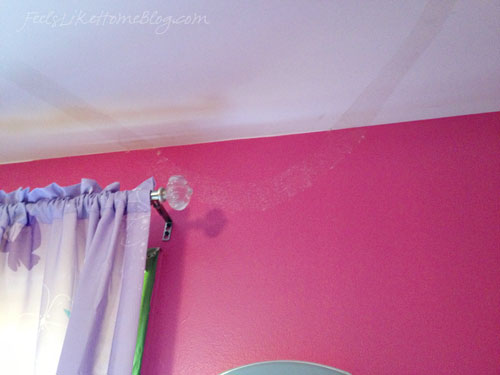 across to the far pink wall, down,

curves under the shelf, back up the wall (around in a loop), turns the corner, expands from a thin trail to cover half the wall,

and then widens further as it covers the entire wall behind you, behind Grace's bed and dresser.

I am certain that Grace's friends are all begging for their own glittery bedrooms. I'm sure their mothers will thank me later.

I must be philosophical for a moment.

Childhood is so fleeting.

Grace, who yesterday was two and throwing a fit in the fabric store, is two weeks away from turning six, and tomorrow will be too old and too cool and too wise for Peter Pan and Tinkerbell.

Perhaps this is a logical argument for not painting fairy dust on the ceiling and all across the room.

I don't think so.

Grace believes in fairies and the magic of Peter Pan. In her imagination, they are real people, and I like to think of her, pretending to fly with them across her room and out the window, off to Neverland.

One night last week, she asked me to point out the second star to the right. I showed her a bright one (Arcturus, if you know stars), and she was awed.

I thumb my nose at her growing up too soon. She may have figured out Santa and the Easter bunny, but I win this battle.

She still believes in Peter Pan.

And I think there's enough topcoat left in the All That Glitters can to apply some fairy dust to her dresser and cabinet. I think I'll do that while Joe's at work, too.

Compensation and products for review were provided by Glidden via MomTrends. The opinions expressed herein are those of the author and are not indicative of the opinions of Glidden.