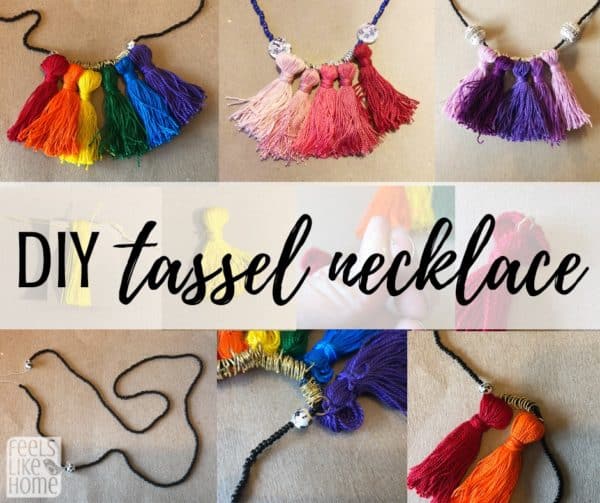 I love bright colors. All colors. Well, maybe all colors except yellow. Yellow is not my favorite.

Tassels have been the in thing in jewelry for quite a number of years now, and I have a few different pieces of jewelry with tassels on them, but I saw a colorful tassel necklace at a store recently and was inspired to make my own.

I thought these necklaces came out so well that I made six of them - three for me, two for Grace (who's 10), and one for Allie (who's 7).

I love how easy these necklaces are to put together, and I love how cheap they are to make. Embroidery thread costs between 30¢ and $2 depending on the thickness of the thread and where you buy it. I paid $1.69 for my large hanks, and I got 2 tassels from each one with some thread left over. I think a regular-sized hank of thread would probably only make 1 tassel. Each necklace takes 3-6 tassels.

So there you go, you will need 3-6 hanks of embroidery thread for each necklace. 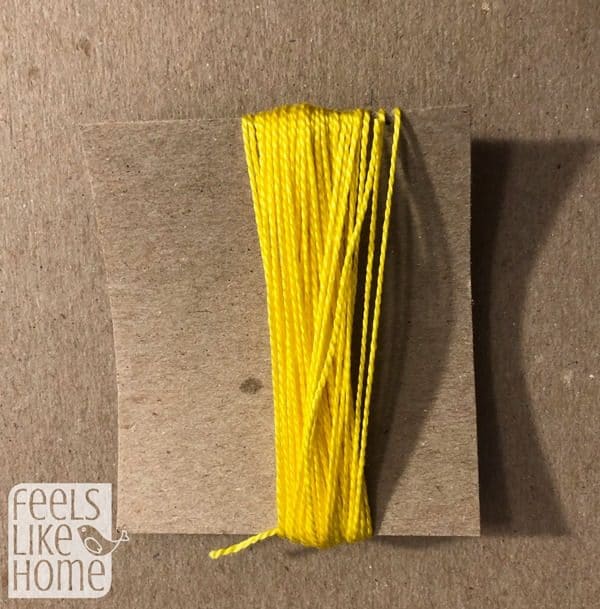 That's it! Enjoy your pretty necklace! 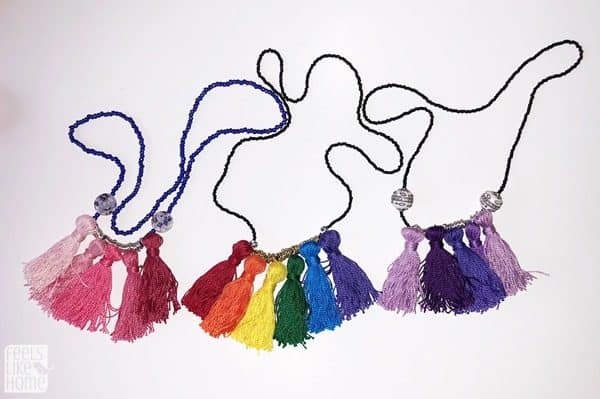 I have made a variety of these now with big and small accent beads, and I think every one is gorgeous. I can't wait to wear them all!

This was my initial design, but I sort of think now that it's a little too bright: 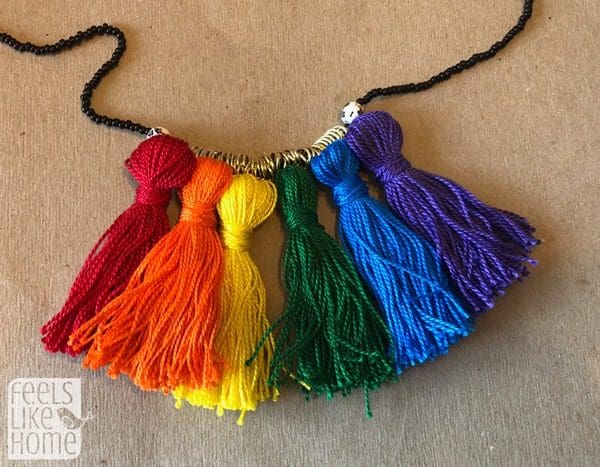 This was my second go 'round. I was thinking it had a more understated ombre look: 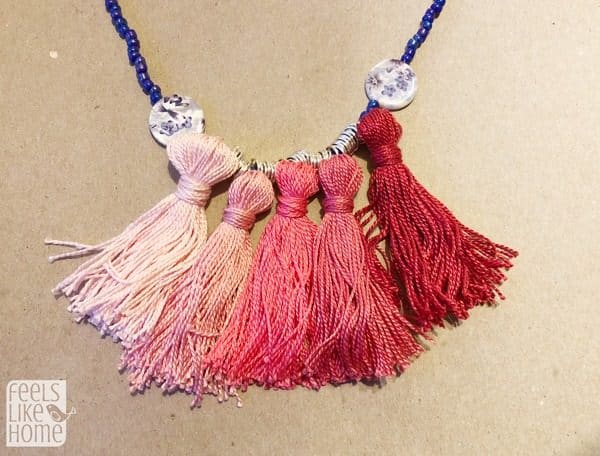 Grace picked out everything for this one on her own. I wouldn't have picked black beads (I had a pretty iridescent blue), but that's what she wanted. 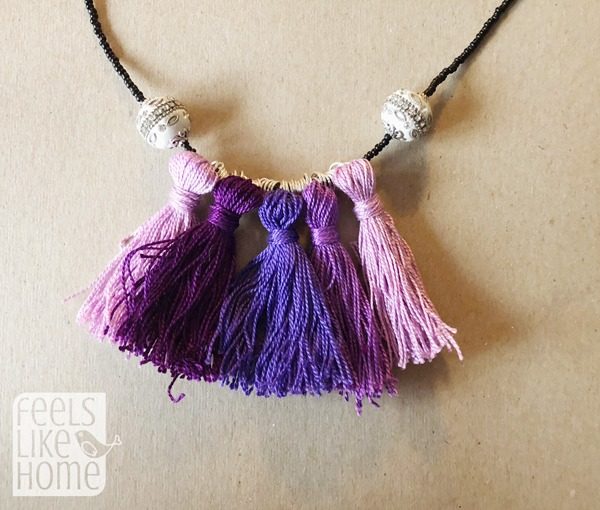 And here she is wearing it. She was so excited! 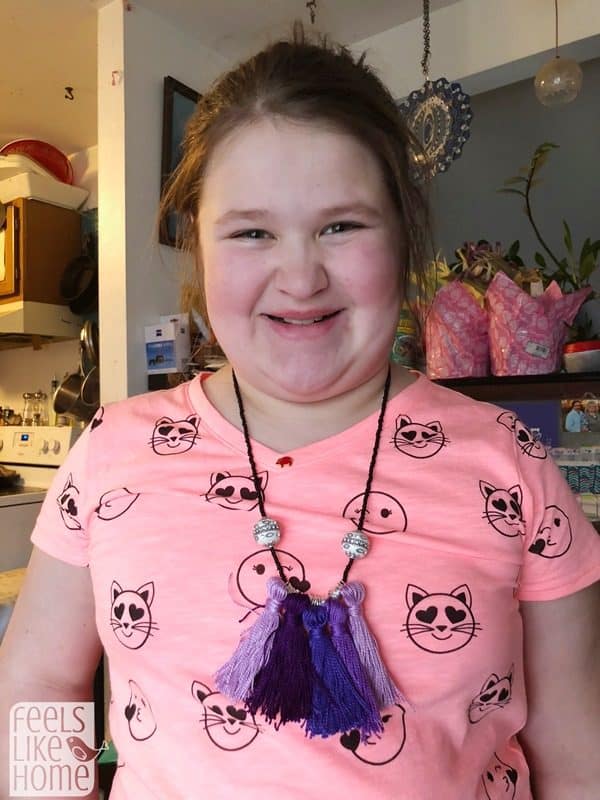 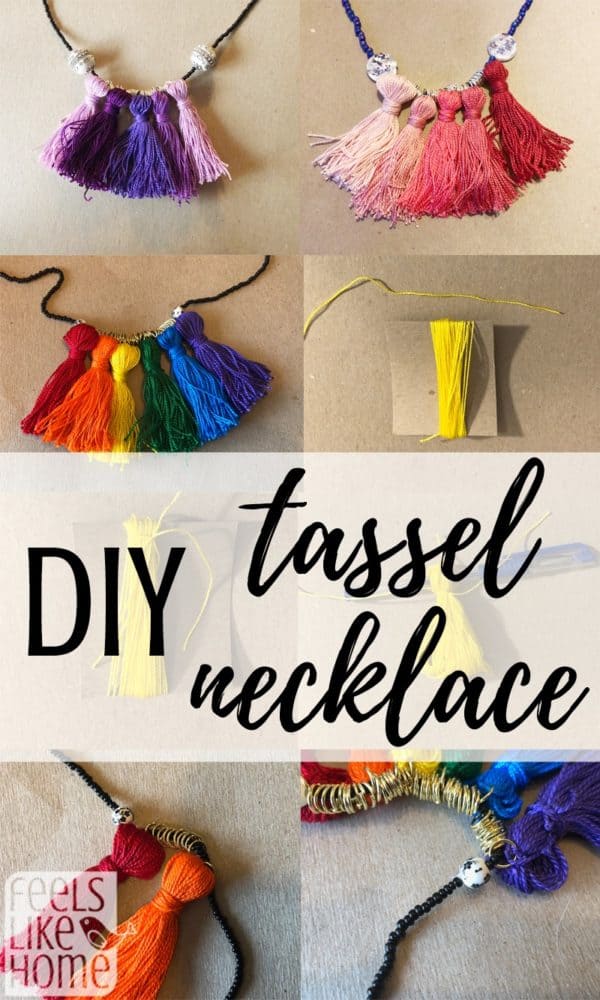 This website uses cookies to improve your experience while you navigate through the website. Out of these, the cookies that are categorized as necessary are stored on your browser as they are essential for the working of basic functionalities of the website. We also use third-party cookies that help us analyze and understand how you use this website. These cookies will be stored in your browser only with your consent. You also have the option to opt-out of these cookies. But opting out of some of these cookies may affect your browsing experience.
Necessary Always Enabled
Necessary cookies are absolutely essential for the website to function properly. This category only includes cookies that ensures basic functionalities and security features of the website. These cookies do not store any personal information.
Non-necessary
Any cookies that may not be particularly necessary for the website to function and is used specifically to collect user personal data via analytics, ads, other embedded contents are termed as non-necessary cookies. It is mandatory to procure user consent prior to running these cookies on your website.
SAVE & ACCEPT
272 shares