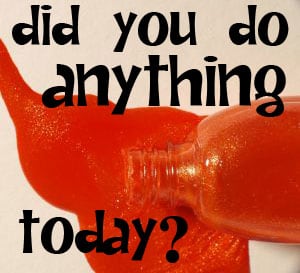 There are a few classic questions that no one should ever ask his stay-at-home spouse.

Last Wednesday (the day after the election), I was perusing my Facebook feed, annoyed by all the political bickering but procrastinating doing real work, when Joe walked into the living room and asked me the A-#1 question from that list.

Did you guys do anything today?

I tilted my head down, looking at him from the tops of my eyes with raised my eyebrows.

"Did we DO anything today?" I repeated, incredulous.

"Well, yeah. You know, did you guys do anything today?"

I'll freely admit that I looked like I'd laid around in my pajamas all day. The kids were still wearing the clothes they'd slept in. I had changed my clothes, but I put on some ratty pajama pants and a sloppy t-shirt. My clothes were clean, but not public-ready.

Because I was already on Facebook, I began typing out all the things I could remember doing that day: 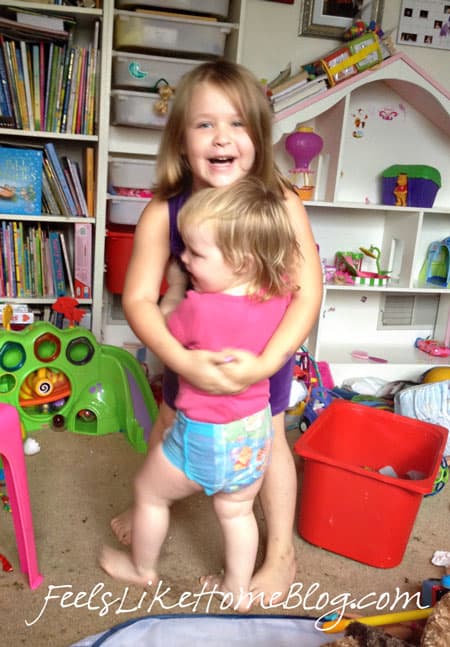 I looked back up at him and said, "Yes, dear. I did something today." and read the list from my Facebook wall.

Sheepish, he said, "I didn't mean it like that! I meant 'What did you do today?' or 'Did you do anything exciting today?' I was just being interested in your day!"

I reminded him that he may have meant those things but what he said was, "Did you do anything today?"

This is a question that pierces a nerve amongst women (and probably stay at home men, too); my Facebook post was liked by 52 people.

Joe is very well-meaning, and he would never imply that I didn't do anything all day. He has said many times that he wouldn't want my job (neither the work from home part nor the stay at home with the kids part).

So why did that one poorly-worded but well-meaning question make me feel like I had to defend myself?