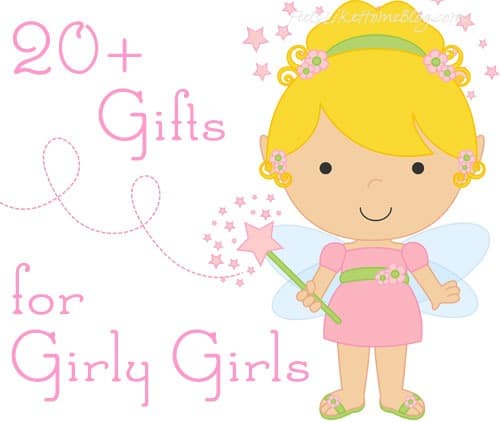 When I was pregnant the first time, I was certain I was going to raise my daughter in a gender-neutral way.

There would be no pink, no purple. No princesses.

There would be baby dolls and a dollhouse, but no Barbies. There would be stuffed animals and My Little Ponies, but also cars and trains and guns and pirates.

I knew that gender is a cultural phenomena, that the princess mentality is learned, and that girls absent Barbies and princesses and lives swathed in pink could grow up to be strong, confident, independent women.

I have two daughters now, and the oldest is 6 (and a half!). I was so wrong in so many ways.

Pink and purple and princess and Barbies reign supreme, and there's nothing I can do about it.

I will note, for the record, that Allie is a wee bit less girly than Grace. Allie likes to play pirates and fight, and she prefers her Prince Eric doll to any of the girl dolls.

But this is a minor distinction. She's still very girly.

If you have Amazon Prime, you can order gifts right up until midnight on Saturday, December 21 and get them shipped free before Christmas. See below the gift list for details.

I know my list leans toward younger girls, and I didn't try to make a comprehensive list. Please feel free to add your suggestions below.