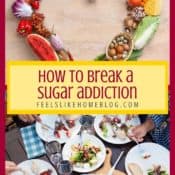 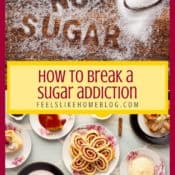 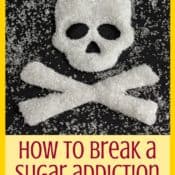 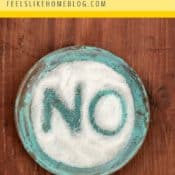 Sugar addiction is a real thing, and quitting can be as difficult as quitting smoking or hard drugs says current research. Learning how to quit is the key, and in this article, I explain how I did it, and how you can too.

Almost three years ago, I had bariatric gastric sleeve surgery. I initially lost 209 pounds, and I was both smug about and delighted with my weight loss.  I ate only protein and vegetables with no starchy foods and very little fruit. It was challenging but worked beautifully, and my weight dropped steadily week after week.

About nine months after surgery, I went on a fancy weeklong cruise, and my surgeon told me that I could eat whatever I wanted on the cruise. "Go crazy," she said, "but get back on your plan when you get back."

Well. That craziness went on and on after I got back, and I felt completely powerless to stop.

My previous sugar addiction, that had been broken when I was on a liquid diet for almost two months, was back with a vengeance. I felt powerless to stop and even started regularly binge eating sugary foods, something I had previously done a few times, but not often. It was happening almost daily: Girl Scout cookies, Walmart's brownie bites, donuts, Hershey bars, you name it, if it was sweet and chocolatey, I would binge eat it.

Granted, a binge after gastric sleeve surgery does not involve the same volume of food that a binge for normal eaters does, but I was still able to eat thousands of calories at a time thanks to these sweet and fatty foods.

I tried to stop overeating and tried to stop carbs countless times over that two year period. I joined Overeaters Anonymous, and that make the binge eating worse as I felt a sense of helplessness and inevitability. Countless times, I would lie in bed with a painfully full stomach and berate myself about all the eating I'd done, and I would promise myself that I would stop the next day. I read self help book after self help book on stopping bad habits and regaining control. I talked to my therapist about it regularly. Nothing helped, and I continued eating all the foods I knew were wrong for me.

The Book that Changed It All

About two months ago, I stumbled onto a book called Brain Over Binge thanks to an Amazon recommendation. When I found it, I bought the audiobook and a paperback copy of the Recovery Guide that goes with it.

Those two books changed my entire perspective. The author is a former bulimic who used a brain-based method to recover from her eating disorder. Her book is primarily a memoir, but it's also got a big self help angle as it explains how she quit and how the reader can do the same. I found the book to be extremely motivating and encouraging, and every time I listened, I would feel buoyed by her experience.

I'm not sure if I have binge eating disorder, but I am sure that my eating was out of control. It doesn't really matter what label I put on my eating or whether I label it at all. I was eating too much and eating the wrong kinds of foods.

My health was suffering; I was chronically low on protein, iron, and vitamin D. My hair was falling out in clumps. My fingernails were weak and ripped easily. My whole body was feeling the effects of my poor eating habits. I gained 116 pounds of the 209 I had previously lost, and I felt terrible about myself. I had to buy all new clothes several times as my weight went up and up.

The result of my reading that book and working through the recovery guide is that I am able to separate myself from the impulses I have to eat foods that are not part of my plan. I know that I don't have to act on the impulses, and I don't. It sounds so very simple, and it is, but I was unable to do it until I read the book and put its plan into action.

It took a few weeks to both digest the book and let it really percolate into my brain, heart, and life, but once I decided to quit sugar for good, I felt total peace. I knew in my heart that I didn't have to eat the wrong foods anymore, and I didn't even feel afraid of deprivation anymore. I just felt good about my decision to stick to a plan and eat the right foods that would nourish my body.

I don't know exactly what changed in my brain, to allow me to see the impulse to eat differently. It was a very odd thing. But now, I can see those cravings as simple impulses from my lower brain (you might have to read the book to understand the brain part) to continue a habit that I've long followed. Once I could separate those lower brain impulses from what I, Tara Ziegmont, really want for myself, my body, and my life, they were really easy to dismiss.

The things that used to trigger me to binge eat no longer trigger me. In the past, every time I would drop off a kid somewhere and find myself in the car alone, I would swing by the donut shop and buy two or three double chocolate donuts. I would eat them in the car before going home. I still get that urge when I'm in the car alone, but I no longer do it because it's not what I really want. I notice the urge, I tell myself that it's just the old habit trying to get me to do something I don't really want to do, and then I go home.

Another trigger in the past was going to Walmart. They sell the most delectable brownie bites in the bakery section, and any time I had to walk past the bakery, I would buy a box or three. Now, I notice the brownies (I even still look for them), I notice that I want to put them in the cart, and I remind myself that I don't really want to eat them. It's just an impulse prompted by my old habit, and I don't have to do what it suggests.

It really has been that simple. I can't explain it other than to say that my normal human brain is now in control of my eating habits rather than deferring to my lower animalistic brain that is concerned only with following established habits.

If you are stuck in a pattern of overeating or binge eating, I would encourage you to pick up a copy of Brain Over Binge and the Recovery Guide. They work. I've also been using these positive affirmations, several of which are taped to my bathroom mirror.

I started dismissing impulses to eat gradually over a couple of weeks. Now that I'm pretty good at it, I decided to restart my old bariatric diet. I have lost 8 pounds so far. It's a far cry from the 116 pounds I gained, but it is a good start, and I am ecstatic that my weight is moving in the right direction again. I have confidence that I can continue to dismiss the impulses and follow my eating plan.

I'm not going to lie and say that it was all easy to quit sugar. I experienced some withdrawal symptoms as my body freed itself of the need for it. I had headaches and felt generally cranky on days 4 and 5 after quitting it for good, but I treated myself gently and persevered. After day 5, I didn't notice any other symptoms.

You can quit sugar too, my friend. I promise you that you can!

For more posts like this, check out the physical health index.