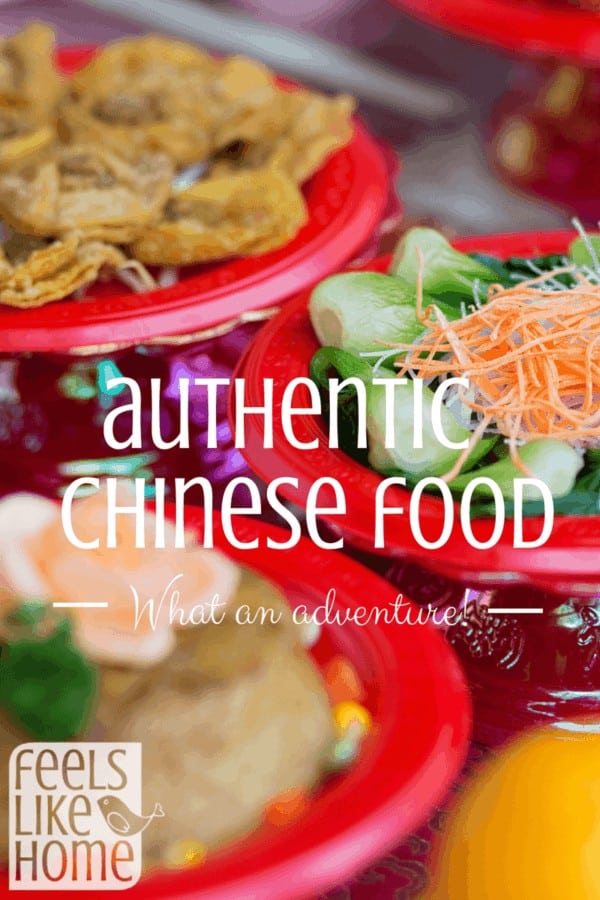 We went to Philadelphia for an overnight mini vacation the weekend before school started. Joe was working an odd shift and had Thursday and Friday off, so we left at 7am on Friday and came home late on Saturday night. We packed a lot of fun into two days and one night. I'll write about all that as soon as I process the 700 pictures that I took during the trip.

It won't be any time soon because the start of the new school year and our impending weeklong vacation have me busier than I care to be.

One event in Philly that I did not photograph (only because I couldn't think of a way to photograph it without making the whole thing even more awkward than it already was) was our experience with authentic Chinese food.

You see, my family loves Asian food. We frequent 3 Chinese restaurants regularly, plus a handful of Thai, Vietnamese, and Indian ones.

When we were going to be in Philadelphia and just a couple of blocks from Chinatown, Joe and I decided that we had to take the kids for an authentic Chinese meal.

The first time I was in Chinatown, over fifteen years ago, we stopped and asked some (white) people where we should eat. They told us. We ate there. The place served cheesesteak egg rolls, which were delicious. We were convinced that we'd eaten authentic Chinese food because we ate food in Chinatown.

I remembered the name and location of that restaurant, but the kids and I were all hot and tired, and we didn't feel like walking the extra four blocks to find it.

"Let's just pick a place that's closer," I said, keenly aware that my black sequined flip flops were the wrong shoes for the trip.

We looked up the street.

All the signs were in Chinese.

Actually, I don't know enough to know whether they were in Chinese or some other language. They were written in a language that did not use the Roman alphabet as you and I know it.

So how do you pick a restaurant when you can't read any of the signs?

I peered into the windows of a few places. One was packed with customers.

"Let's go here," I said, thinking that packed with customers was a good sign.

Maybe it would have been a good sign if I had been able to speak the language of the shopkeepers. Or the other customers. Or if I knew something about the food. Or was something other than uninformed and confused.

The people behind the counter greeted us warmly even though we didn't know their words.

The food was spread out, deli-style. All the dishes were in a steam table or on ice. Some had signs to identify them, but only three had English on them.

We stood for a moment scanning the food options. In addition to the above, there were peeled hardboiled eggs colored dark brown, something that looked like raw spareribs, shellfish with black eyes cooked in their heads, many more things I could not identify, and sautÃ©ed green beans.

And some kind of giant meatballs.

Much chatter came from behind the counter as we were obviously holding up the line. I was confused and needed more time to pick out something palatable and safe.

Let's just agree to throw authentic out the window. I wanted safe and Americanized.

The lady from the counter walked to the last table in the small seating area, a table occupied by a young teen. "You, seat," she said.

We walked to her, more confused than ever.

She turned to a second table, bigger than the first, but also occupied. She spoke and gestured wildly to the table. I got the impression that she wanted us to sit there too.

Thankfully, a tall man in a light blue polo shirt took pity on the lot of us and spoke to her in her language. She stopped gesturing to the table and went back to the counter.

I asked Allie what she wanted to eat. "Meatball and watermelon!" she said. I relayed the message to the lady.

After she put white rice on a styrofoam tray, she added the meatball (which I though a dubious choice - who knows what was ground up in there) and watermelon, but there were two sections left.

"But she doesn't want two more. She wants just that."

I scanned the selections, afraid of ordering something I couldn't (or daren't) eat. My eyes fell on something that looked like chicken, squash, and chile peppers.

"You want spicy chicken!" she said, noticing my gaze.

It's a good thing I was amenable to it since she'd already heaped it on the tray. She followed it with some green beans.

Joe attempted to order something resembling sesame chicken for Grace, but he had the same result. We ended up with two trays full of food we hadn't really ordered. The clerk happily placed each styrofoam tray on a plastic tray and added a steaming soup container.

I tried to think of a way to put the seaweed soup back without offending. I couldn't think of anything, so I took the bounty and headed back to the table to which we'd been assigned. The teen had finished and disappeared, so the girls and I sat down to eat.

Meanwhile, Joe yelled from the front of the room. "Dear? Do you have any cash? They only take cash."

"Not a single dollar."

The woman behind the counter talked and waved and pointed in obvious annoyance.

Joe had no idea what she was saying, but he figured he wasn't going to find an ATM by standing there in the store. He left the restaurant and walked down the street in the direction she had pointed. Fortunately, a neon ATM sign was only half a block away.

When he returned, cash in hand, Joe asked how much he owed. The answer came in another language. Unsure, he handed the lady $10. She gave him 50Ã‚¢ change and waved him away with his tray of food and seaweed soup.

We laughed at our folly as we passed food around to one another. I suspect the locals were laughing at us, too.

"I'm not eating this," she grumped.

"Grace. It's sesame chicken. See the sesame seeds?" I tried to reason.

"Who knows what it is, Mom. There was jellyfish up there. And starfish. You have no idea what that is."

I tasted it and declared it, once and for all, sesame chicken, but I didn't argue with her. It's hard to say what it was exactly. She picked at it but never ate a bite.

Allie and I split the meatball which was tasty. She ate her watermelon and some of the rice, and I finished the rice with the spicy chicken which was very, very spicy, and the green beans which were chilled. Cold sautÃ©ed green beans are a little odd but safe nonetheless.

I don't remember what Joe had or what he ate.

As we left, Grace declared, "We are never eating in Chinatown again!"

We shushed her and said it was an adventure and we sure would eat there again some day, but I knew the words were empty, mostly for the people on the street. We won't be doing authentic Chinese food again any time soon.

Addendum after much thought - If it had not been the middle of the lunch rush or if we had been able to communicate with the staff, our funny family memory may have been a learning treasure. I'm not sure if one is better than the other, but I do wish we'd been able to show the kids a little more appreciation for differences and less revulsion about them.