I have two children, the kindergartener and the baby.

Okay, not really, but you get the picture. 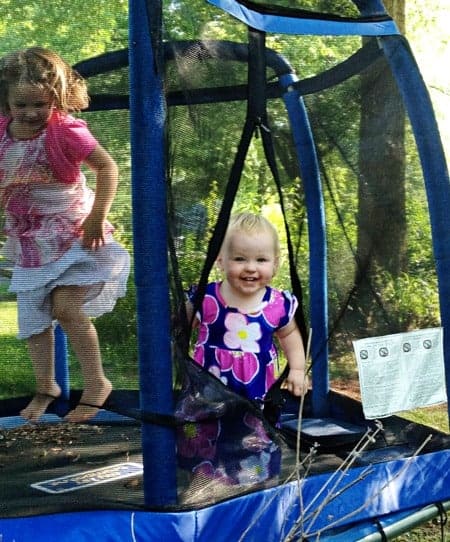 She doesn't always wipe her own butt, nor sleep in her own bed, but we are working on those.

The baby, too, does what is expected of a baby. She babbles. She claps. She plays games on the iPad and makes calls on my iPhone to inappropriate people at inappropriate times of the day and night. She throws giant tantrums in which she lies on the floor, throws back her head, and kicks her feet wildly.

I suppose we've treated her like the baby for a little bit longer than she felt was appropriate.

A couple of weeks ago, she revolted.

While waiting for our meal at a restaurant, she grabbed for my drink. When I wouldn't give it to her, she smacked the table with both hands and then plunked the salt shaker right into my glass.

In the ensuing fracas, I allowed my attention to wander from her for a few seconds. When I looked up, she was sitting in the middle of the table, clutching her sister's cup with both hands. She brought it up to her mouth and drank without spilling a drop.

I ordered her a drink of her own.

Have you ever tried for force a cat into a pet carrier? It grows four extra legs, and all eight appendages stick straight out from its body in an attempt to block its entry into the forbidden space. Stuffing the baby into the high chair was just like that.

I asked the waitress for a booster seat.

When Grace's food came, I handed Allie a French fry. She swatted it away and patted the table in front of her.

I asked the waitress for a small plate and a fork.

Allie sat so proudly, so tall in her booster seat, spearing French fries with her fork and drinking from her own little cup, that I marveled at the thought of calling her my baby.

When dessert came, I divided the large brownie in half, one for me and one for Joe. I split the ice cream and put his scoop on a plate with his brownie.

My! My! My! Allie shouted in excitement.

"Daddy give you some!" I told her.

NO! MY! she yelled, grabbing all of the spoons on the table and reaching for the plate.

While Joe wrestled the spoons from her clutches, I wiped off a small plate, cut a slice of brownie and a spoonful of ice cream from Joe's dessert, and slid them onto it.

"Allie, look! Your own desert!"

She sighed a long, audible sigh and smiled. My! My! she said, hugging the plate and releasing the spoons.

She mashed her brownie and creamed her ice cream, all with her own spoon. She ate a little of both and smeared a little on her hands, face, and t-shirt.

Allie is not a baby any more, despite how easy that label made her to manage.

Allie is a big girl, ready to eat and drink and do things just like her sister.

I thought doing things for her would make my life a little easier, but I now understand that it's allowing her to do things for herself that will make her happy.

I even got out the potty seat. I think she'll go for it.

Who knows. Maybe I can teach them both to wipe their bottoms at the same time.