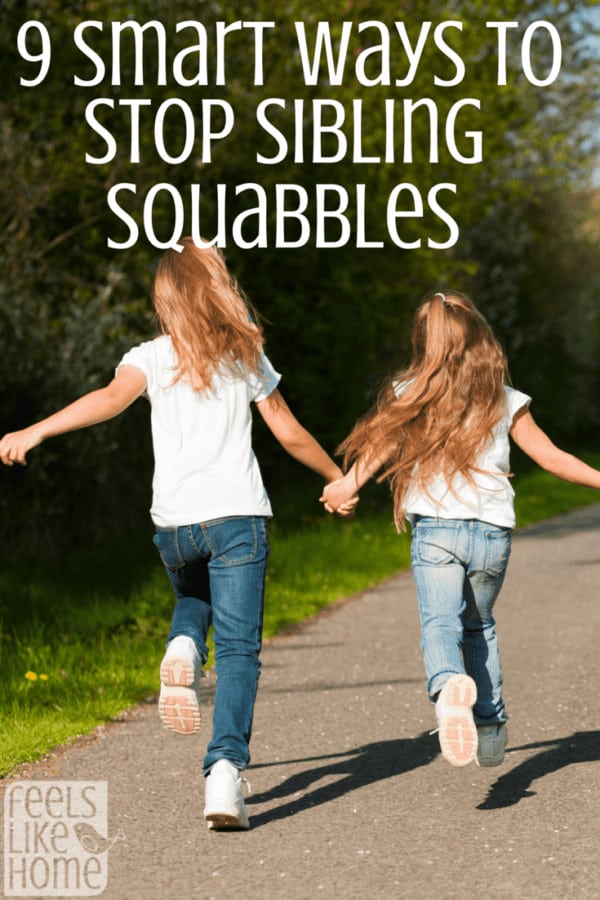 All siblings argue. If you're looking for a quick and easy magic bullet to end the fighting, you aren't going to find it here.

My kids do it. It's the messy part of our beautiful, messy life. They argue over toys and space and who gets to sit with mom in the evening. It happens.

But my kids fight a lot less than most other siblings I know, and I think it's due to 9Ã‚ simple things I do on a regular basis. Here they are:

If you put these nine strategies into practice in your parenting, you are going to see and hear fewer sibling squabbles. They will dwindle and nearly fade away.

Check out my post on 30 ways to help your kids get along.