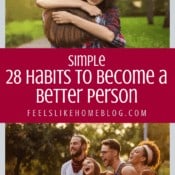 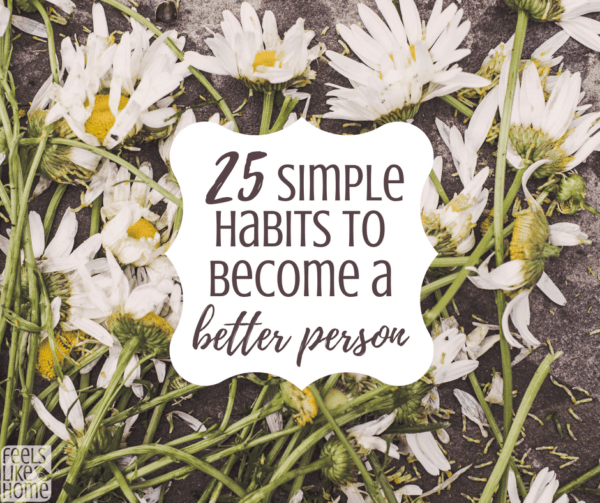 There is a line from a movie that goes something like, "You make me want to be a better man." I think Jack Nicholson says it to Helen Hunt in the movie As Good As It Gets. {If you haven't seen it, check it out on Amazon because it is tremendous (I think both Jack Nicholson and Helen Hunt won Academy Awards for their performances, but I'm not 100% sure.) I could gush about that movie for an hour because I've seen it approximately 87 times, but I'll save my breath and just tell you to go watch it for yourself.}

You make me want to be a better man (or woman). Who doesn't want to hear that, really?

But the fact is that we don't need to wait for someone special to come along to become better men and women. We can start now, today, by just changing one little thing in our lives, one little habit.

Choose anything from the list below, and do that thing for a week or two or three, until it is a habit totally ingrained in you.

Then come back and look at the list again and choose another little thing.

That's the way change is, right? You make one minute change, stick with it until it becomes part of you, and then you make another one. It's the only way anything ever happens.

I can totally vouch for this method as it is how I began my exercise routine. I started by walking the length of my neighbor's freshly paved driveway. I did it just once the first time, up and back, a couple of days after my bariatric surgery. I think I did that two or three days in a row. Then I walked the length of the driveway twice, up and back and up and back. I did that for a couple of days. Then I increased it to three times. By the end of that first month, the kids and I were walking to the stop sign at the end of our block, and then after a week or so of that, we went as far as the second stop sign at the end of our street. Then after that, we went a little further.

Before I knew it, I was walking two miles a day.

Now, most days, I walk between five and six miles a day.

There is absolutely positively no way I could have walked six miles in one day when I first started, and there is absolutely positively no way you can look at the list below and successfully do ten of them all at once. You may accomplish it one time (but probably not), and you'll never do it again because you'll be sore and burned out before you really even get started.

The only way to make any progress in personal habits is to do it like I started walking: a few tiny steps at a time.

No matter what you do to become a better person, the important thing is that you start doing it today. The Bible says we should work to become more like Jesus, and doing any of the above will help you to move toward that goal. Don't wait until tomorrow to get started. 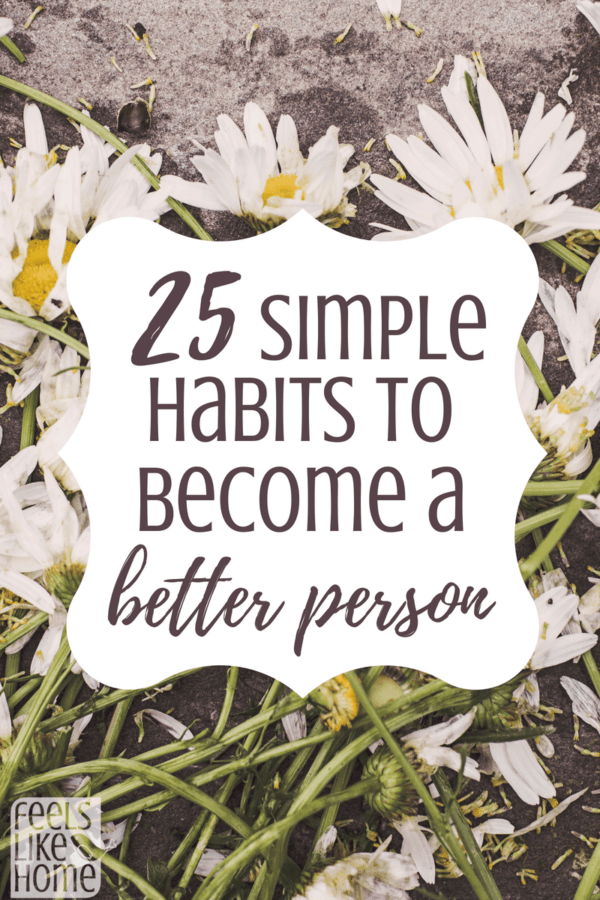 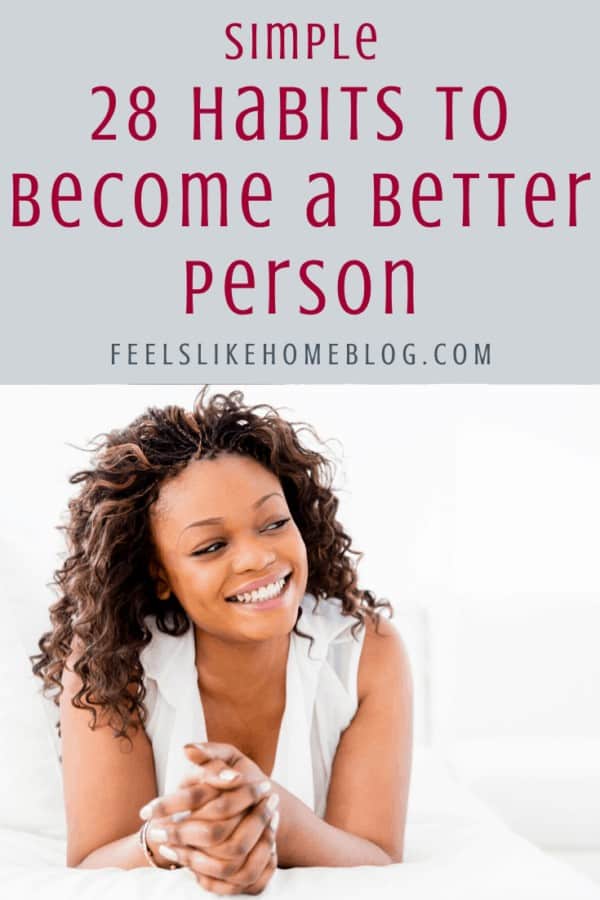 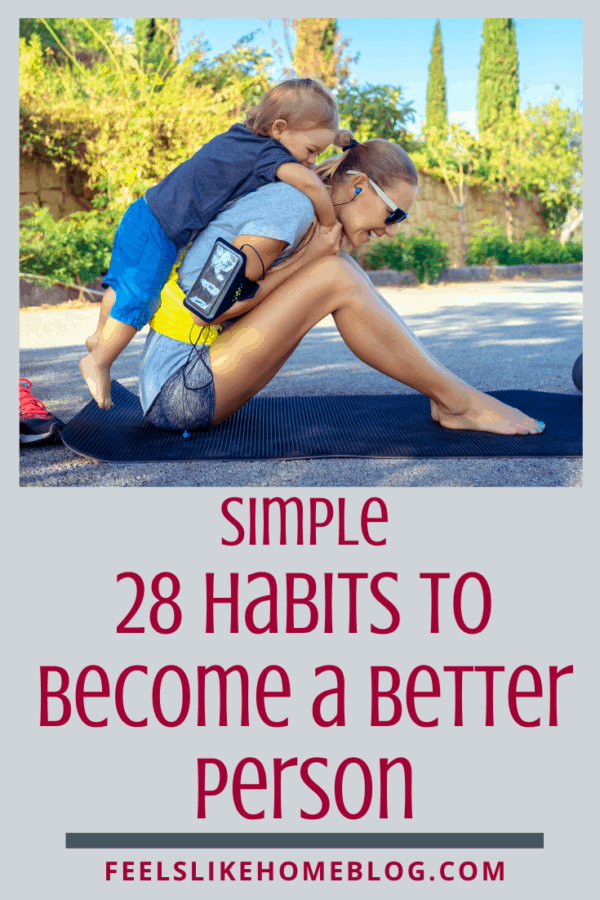 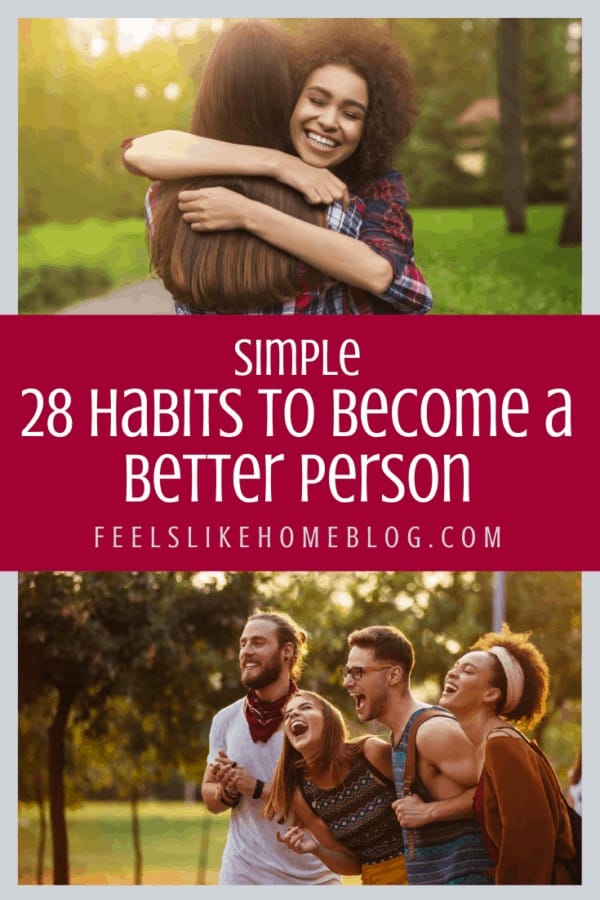