You are here: Home / Learning / Best of Homeschool / 20 Ways to Get Preschoolers Excited About Math 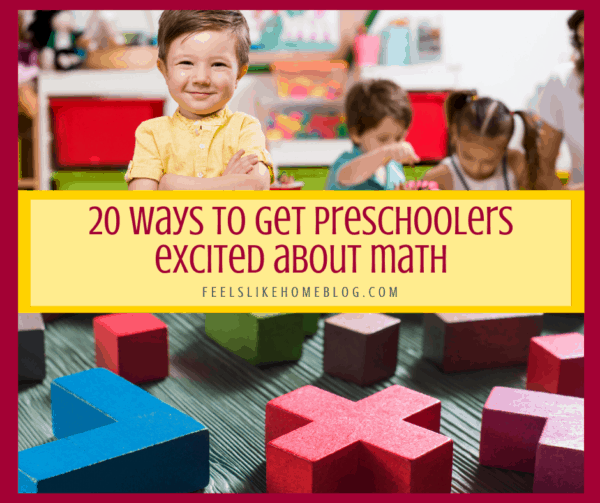 I have mentioned before (many times) that Grace resists “school time” every day.

It’s hugely unfortunate, and I haven’t been able to break that association in the three years since.

At the same time, Grace wallows in informal learning like an elated pig in a big mud hole. She can’t get enough of her lapbooks and nature walks and science experiments and mazes and brain teasers and educational apps. It’s amazing.

I have to carefully plan to get all the different subjects worked creatively into our days. I know there’s a time when she’ll have to “do school” simply because she has to, but for now, I’m trying really hard to rebuild her innate desire to learn.

Along the same lines, Allie just likes to play. She’s 2. She likes to count and do puzzles and sing and play on the iPad. She loves to watch tv and listen to music.

There’s no way I’m going to “do school” with Allie, but I do want to foster her love of learning before she gets to that point.

Because it’s on PBS KIDS, I feel confident that Peg + Cat will meet my high standards for content and quality. In the new series, premiering October 7, Peg and her sidekick, Cat, embark on adventures, solve problems, and learn math concepts and skills.

Math isn’t just about counting. Each episode of Peg + Cat features a story in which Peg and Cat encounter a problem that requires them to use math and problem-solving skills to move forward. The storylines also teach cooperation, perseverance, and resiliency – traits that are important both in and out of the classroom.

20 Ways to Get Preschoolers Excited About Math

Getting preschoolers excited about math isn’t – and shouldn’t ever be – about adding numbers on worksheets. Kids this age need movement and manipulatives and fun, not papers and pencils. The activities above will get you and your preschoolers moving along in the right direction by getting them interested and excited in math concepts without drilling the fun of math right out of their little brains.

I can’t wait to see what you come up with! 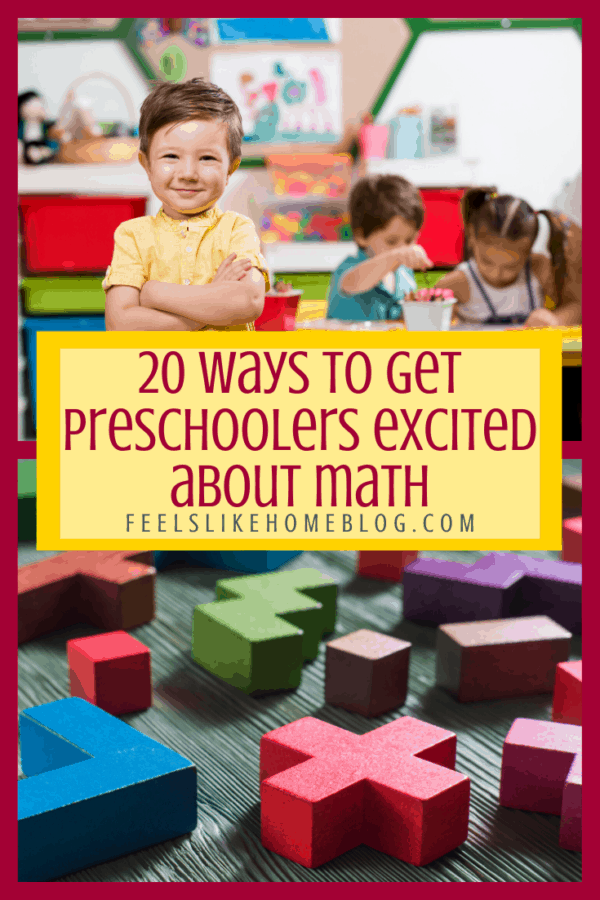