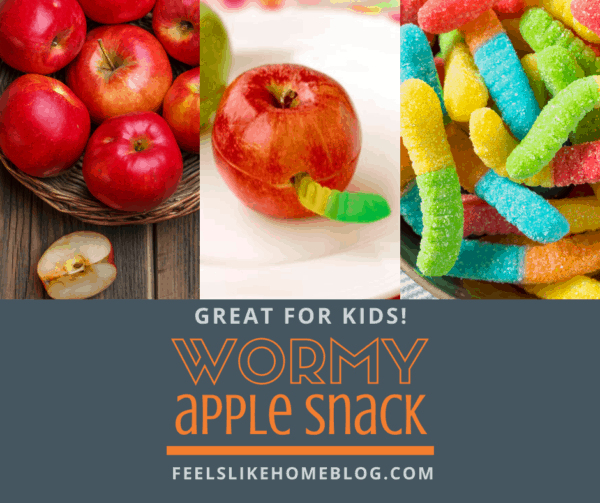 This creative and unique apple snack is silly and fun. Kids will love the gummi worm and gobble down the healthy apple with peanut butter. It’s a new take on an old favorite.

Isn’t this an awesome treat? I’d eat this wormy apple any day.

As soon as I saw it, I knew I’d make it for Grace’s bedtime snack.

When I handed it to 3-year-old Grace, she was – concerned. She didn’t know what to think of it. She looked the snack all over, without touching the apple or the worm. I could tell by the look on her face that she was perplexed.

“Is that a silly snack, or what?” I asked, grinning. She looked at me, then back at the apple. “Can you believe I put a gummi worm in your apple? What else is in there?”

That’s a successful snack in my book.

How to make a wormy apple snack 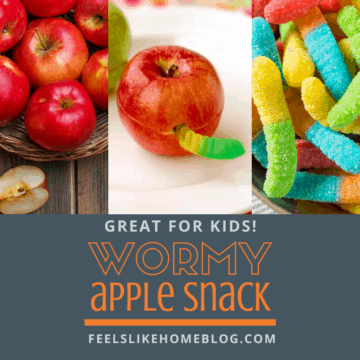 This creative and unique apple snack is silly and fun. Kids will love the gummi worm and gobble down the healthy apple with peanut butter. It's a new take on an old favorite.
Print Recipe Pin Recipe
Course Snack
Servings 1 snack 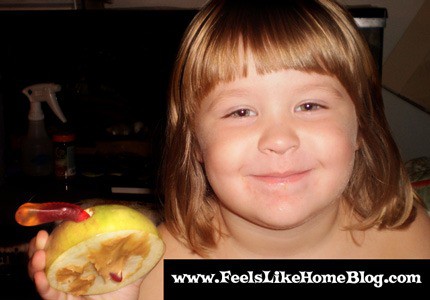 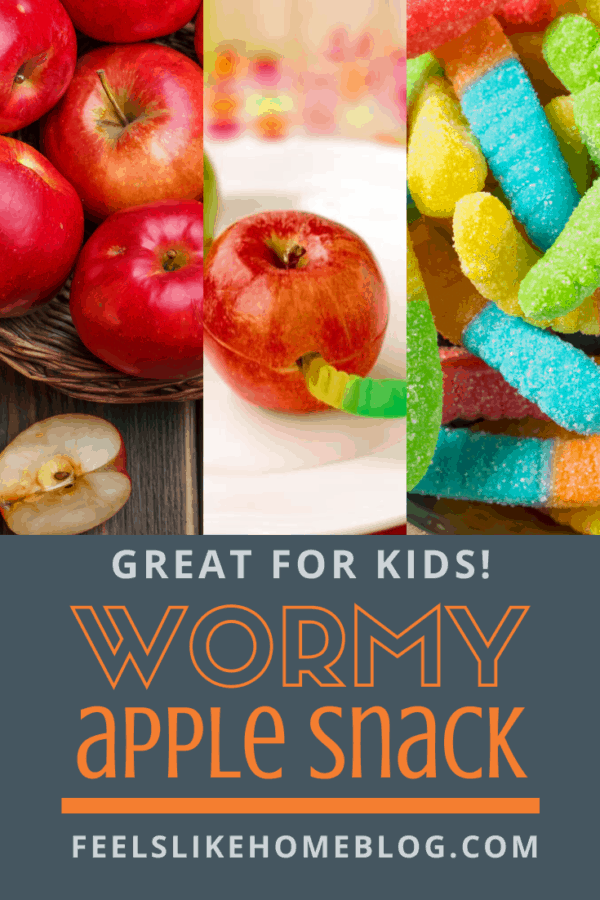 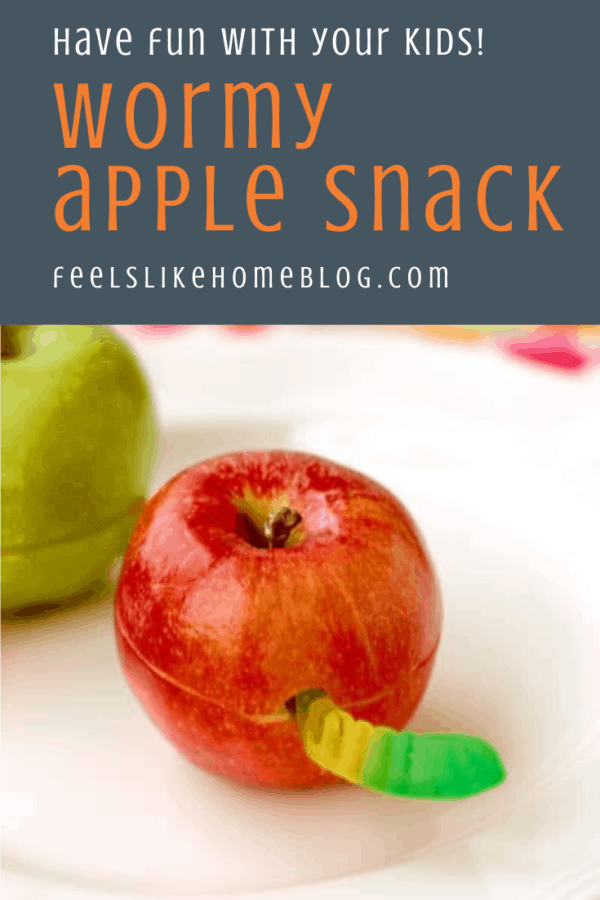 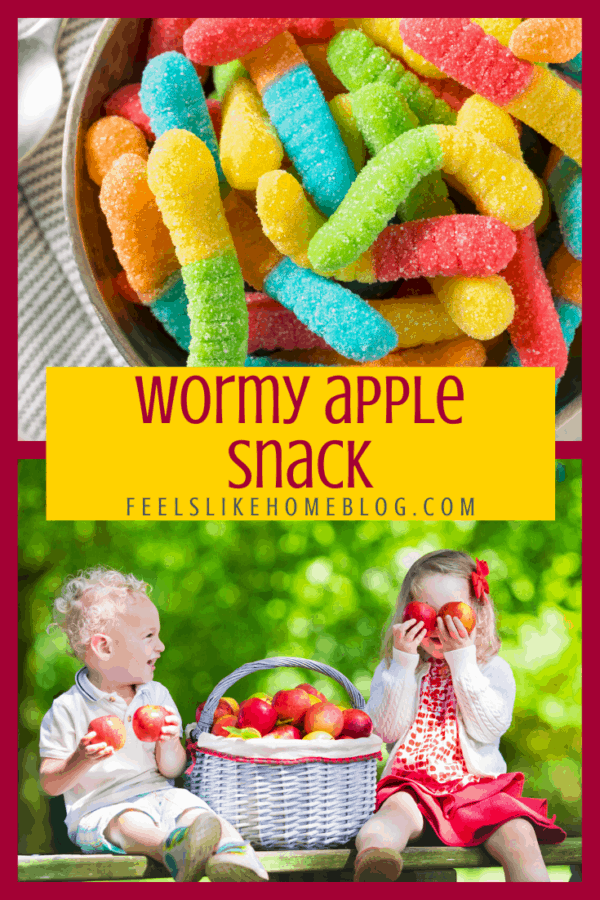 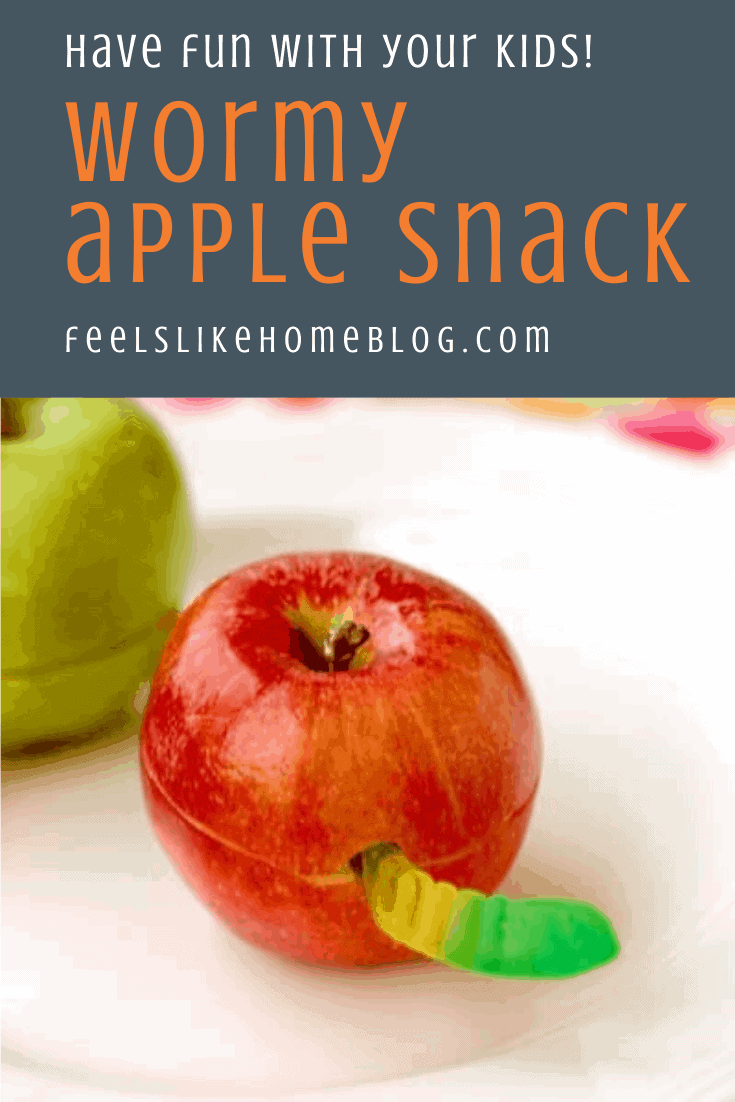 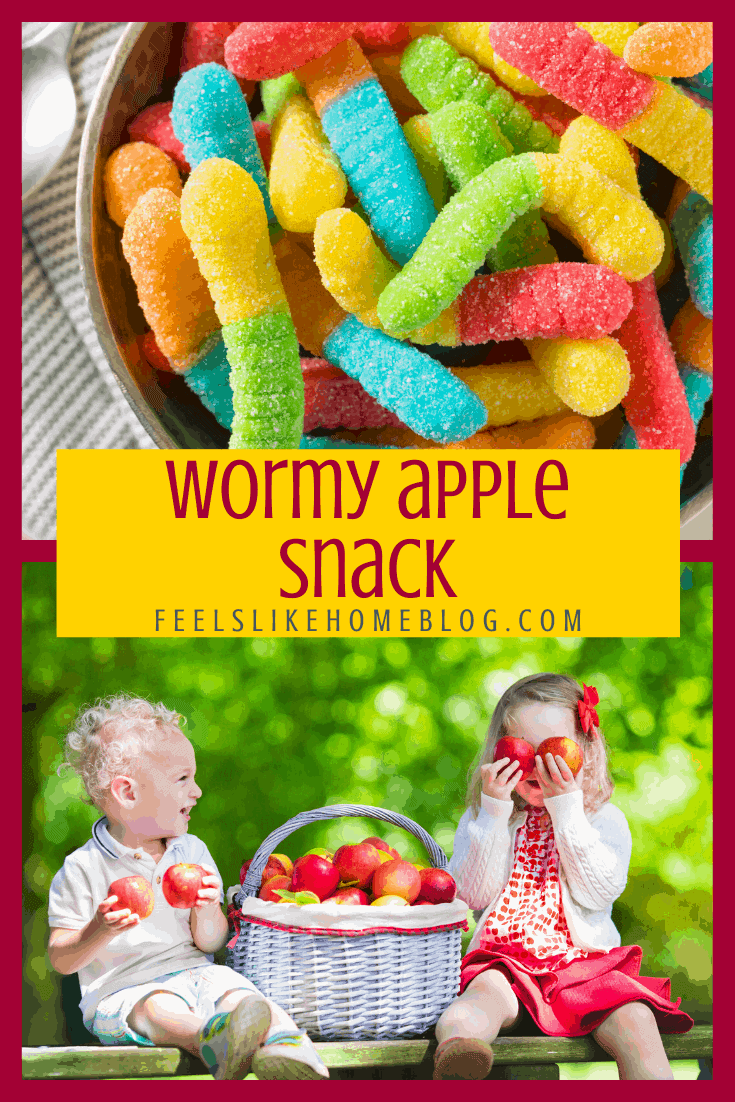 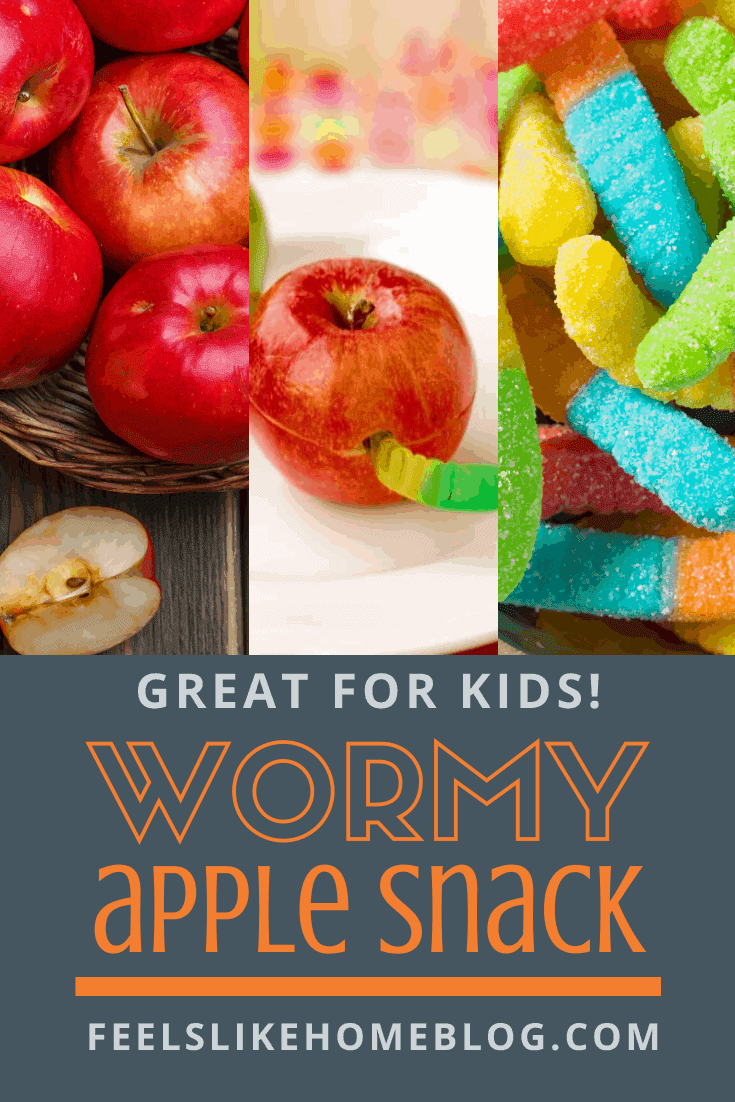 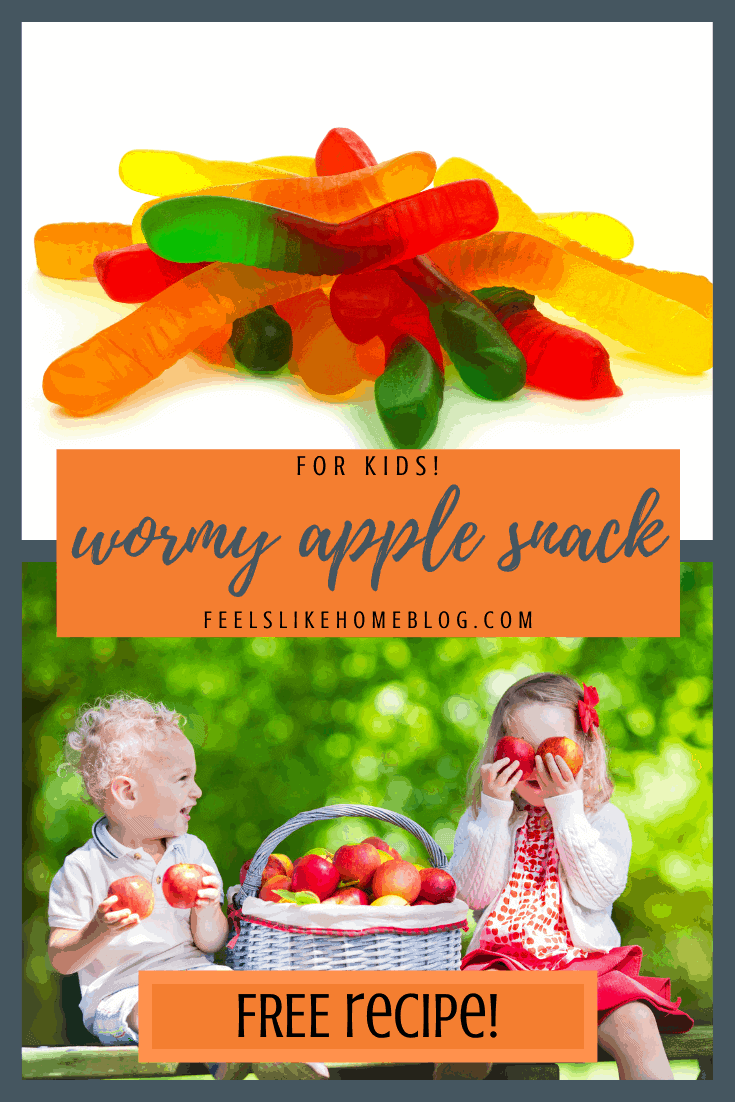