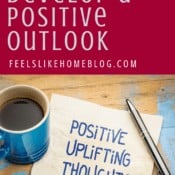 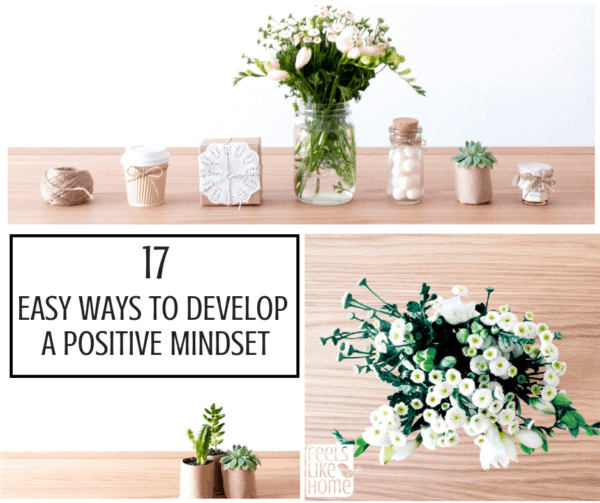 I wrote in a post in 2013 called 13 Bible verses to overcome disappointment. I said that I was not born an optimist, and I don't think anybody really is. What a depressing thought, but it was 100% true for me at the time.

I have good news for you. In the years since that, I have grown into an optimist.

I have developed those skills, and now I usually see the world through rosy glasses, though I will be the first to admit that I still have snarky and sarcastic moments once in a while.

Why does a positive mindset even matter?

And it doesn't just make you a more pleasant, likeable person (though it does that too);  it makes you healthier.

A recent study at Johns Hopkins University found that, all other risk factors being equal, patients with a positive outlook had a 30% lower chance of having a heart attack than their more negative counterparts. The reasons are not known, but researchers believe that the body's response to stress probably plays a part. It makes sense - people who experience the world as a negative place are more likely to feel constantly stressed and bring on all of the physical harms of all those stress hormones.

Using a Growth Mindset for Positivity

When I was in college, there was a girl in my student government organization named Jen. She had curly white blonde hair and glasses, and she was nice. Those are the only things I remember about her: her blonde hair, her round-rimmed glasses, and her being nice.

I had a strong dislike for Jen. She was too nice. She was sweet and kind, and she never said anything negative. Her personality was flat to me, just nice. And I distinctly remember not liking her which is pretty much the dumbest thing ever.

I think, deep down, I was jealous that Jen could be positive, upbeat, and nice to everyone, and I couldn't. I struggled mightily with depression in college, and I was snarky and sarcastic and negative and extremely insecure and I drank way too much. I am still snarky and sarcastic by spells, but I have developed over time the ability to see the positive and the good and the nice in most things and most situations, the same way Jen did all those years ago.

I have learned through the past five or so years that having an optimistic outlook is not something that we're born with; it's something that we learn and grow and develop over time. It's a habit, just like eating my feelings and exercising daily and brushing my teeth.

If I, someone who deals with the realities of bipolar disorder, can develop a positive outlook, I truly believe that anyone can. It is possible if you are willing to put in a little work and self-awareness.

I have been learning about a way of thinking called the growth mindset. More than 30 years of academic research performed by Dr. Carol Dweck shows that the brain is malleable - that is, it can change and grow in response to your thoughts and actions. It makes total sense: the more you do something, the stronger the connections get and eventually, a habit is formed.

Dr. Dweck's research focuses mostly on intelligence and attitudes on academic successes and failures, but I believe it extends to matters as simple as your outlook, whether you see the world as a mostly positive or mostly negative place.

For most of the first 35 years of my life, I had a negative outlook. I viewed the world as a scary place, probably due to the fact that our house was broken into when we were not home when I was about 8. I had repeated nightmares about the men who did it: what they looked like, how they got in, and what they took. Awake and asleep, I imagined them lurking inside and peering out at me through the windows or just outside my window in the dark, waiting for me to fall asleep so they could sneak in. The world, previously safe and secure, took on a nasty, terrifying cast.

This fear of break-ins and home invasion followed me well into adulthood. I would wake up in the middle of the night, after I'd moved out on my own, and I could have sworn there was a man standing in the hallway outside my bedroom. I played, over and over, how I would hide under the bed if someone broke in. It was horrible, and it didn't end until I stopped watching true crime shows like Law & Order and the nightly news well into my 30s. I never put this "entertainment" together with my irrational fears, but clearly, they were playing a part. Once I banished them, my fears eventually faded away, and today, I don't worry about home invasions or break-ins at all.

A lot of other scenarios went into my negative outlook. I have a fair amount of self-hate due to the fact that I believe my body to be fat and ugly, and I struggle with depression and anxiety and other issues as well. I know you also have your things and, while they may be different than mine, they are no more or less painful and impactful on your life.

I want to tell you, right here and right now, that it is possible to grow a positive outlook even in your circumstances, even with these burdens you're carrying. If I can do it, you can do it.

Try some of the strategies below to move towards the positive outlook you're hoping to find.

A Final Word on Developing a Positive Outlook

Positive people are not always happy. They experience the same setbacks and negative thoughts that the rest of us do, but they choose to receive them in a different way. They have different habits of thought that buffer them against gloom and doom.

Start today. Start doing just one of the things above, and do it until it becomes second nature. If I had to make a suggestion, I would say start exercising and see where that takes you. You'll help your brain and your body all at once.

Whatever you decide to do, do it today. Don't put it off until tomorrow, and don't go another day just surviving when you could be living a positive, healthy, happy life. 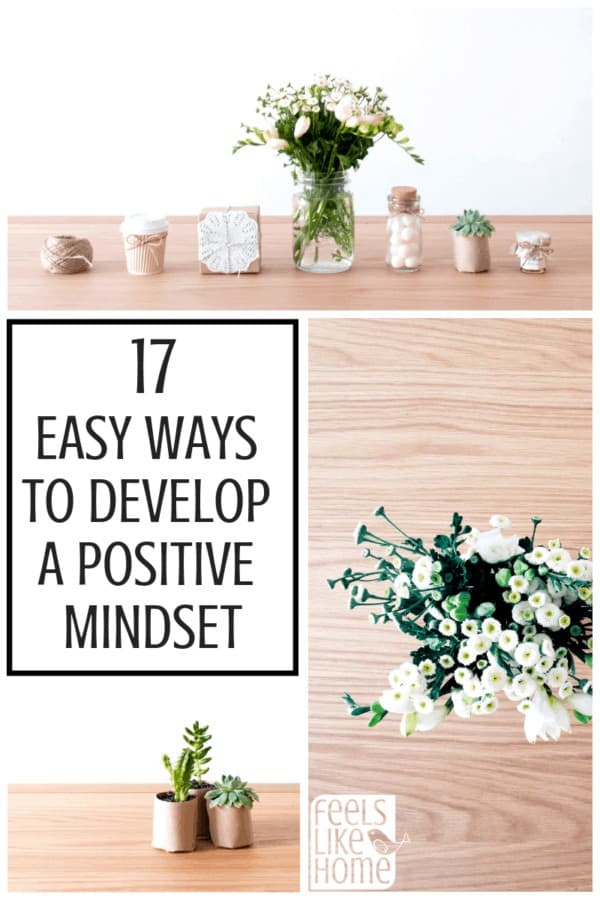 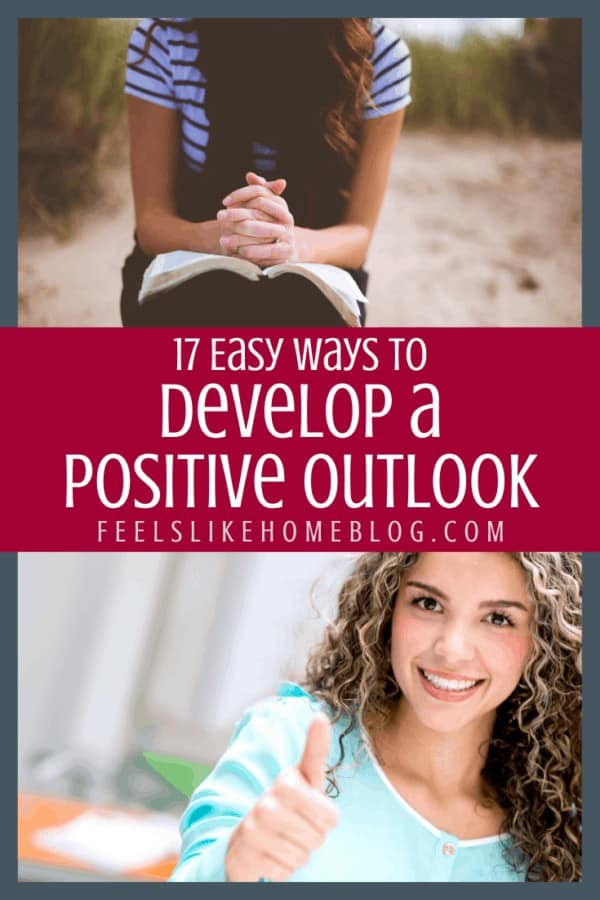 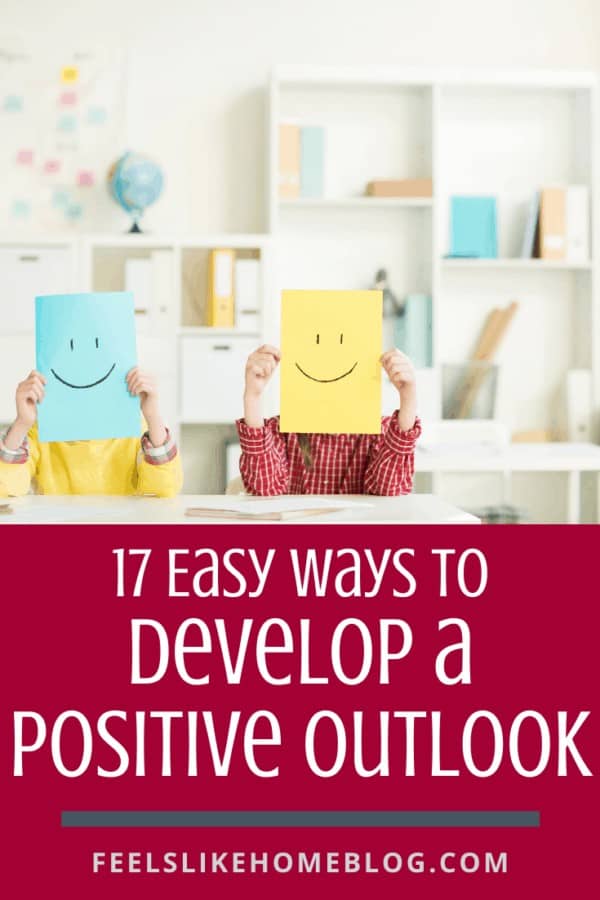 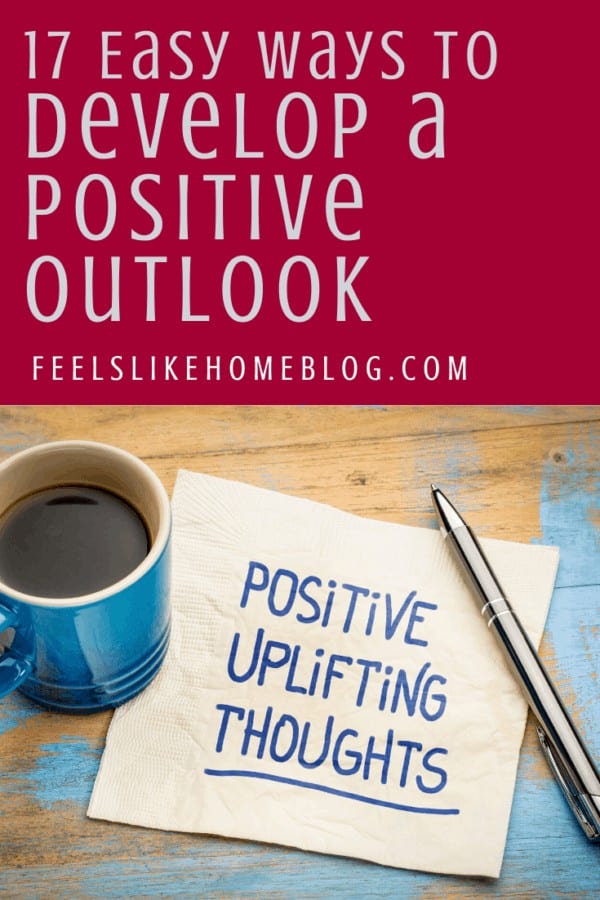