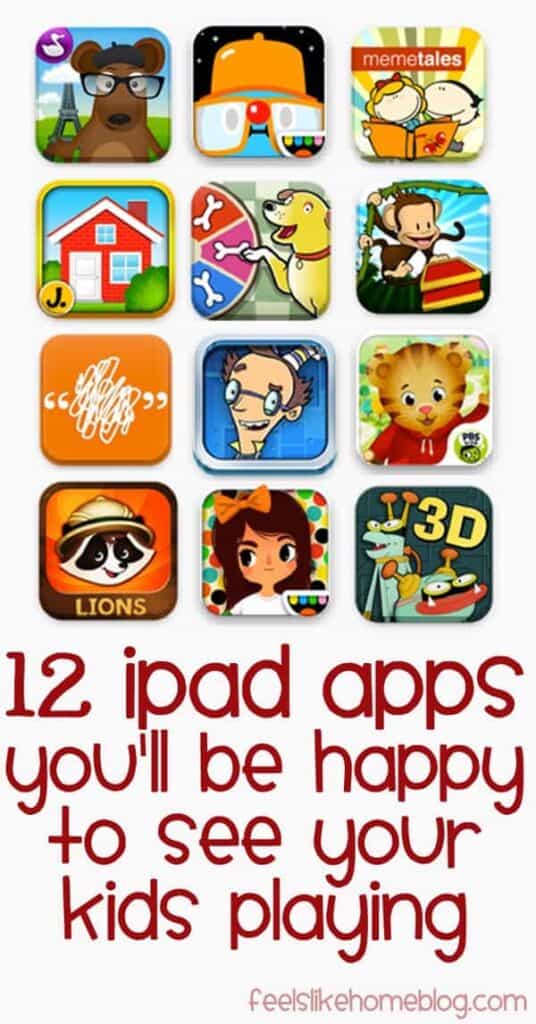 If you've been reading for a while, you know how enamored my kids are with the iPad.

They are veritable technophiles, those two. I've started hiding the iPad most of the time because I want them to do something besides sit and play with it.

The apps they use are awesome and educational, but too much of a good thing and all that. I limit their iPad usage to times when we're out (doctor's appointments, restaurants, etc.) and quiet moments when I'm involved with their sister. That's pretty much it.

Anyway, I am happy to see them playing with the following apps. They're all solid, educational (mostly), and engaging. Only the last 2 allow in-app purchases, and I've never seen ads in any of them.

I talk about which kid prefers each app below. Grace is almost six, and Allie is two and a half.

Disclosure: I received apps 1, 7, and 8 for free from PR reps. I probably would have purchased them myself eventually, and I only recommend them to you because my children absolutely love them.

The 10 Best Preschool Apps for iPhone and iPad