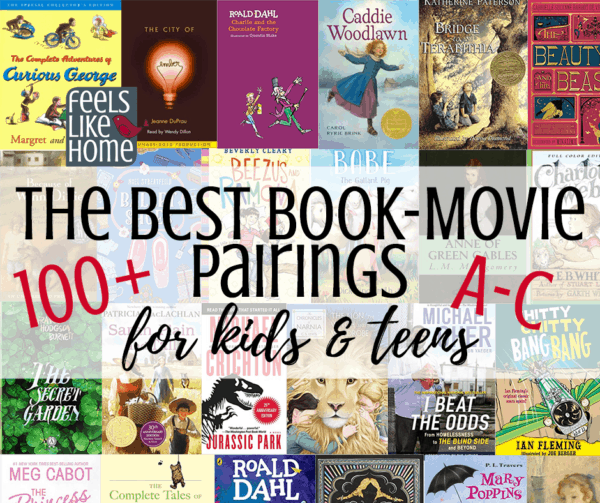 My kids are movie junkies. They love watching movies and tv. I'm not so much now although I have been at different times in my past.

What I do get behind 100% is books. I love love love books, and even my kids are totally in love with audiobooks. We listen every single time we get in the car, and we have listened to hundreds and hundreds of hours of books over the last five years. Every book we listen to is their new favorite (although I think Harry Potter might hold for a while).

When I taught high school science, I loved to pair books and movies. I had my science students read - READ! - and we watched movies and discussed how they were similar and different. It was all great fun.

I do the same thing with my kids now, and I love the big, juicy conversations that develop from the pairings. Kids very quickly learn that the books are almost always better and richer, even when the movies are really well done (as are the ones below).

I know this is a ginormous list (and they really are all very good!), but let me highlight our current favorites for you. Included with every book and movie pairing in the list is a brief description of it and why we like it (or don't, in a few cases).

Part 2 is posted! You can check it out here.

Our Favorite Book to Movie Pairings

I was going to make this enormous list of 117 book-movie pairings into a single post, but when I crested 6,000 words, I realized that no one would ever read that much of it and decided to break it into more manageable chunks. I'll link to part 2 here once it publishes. 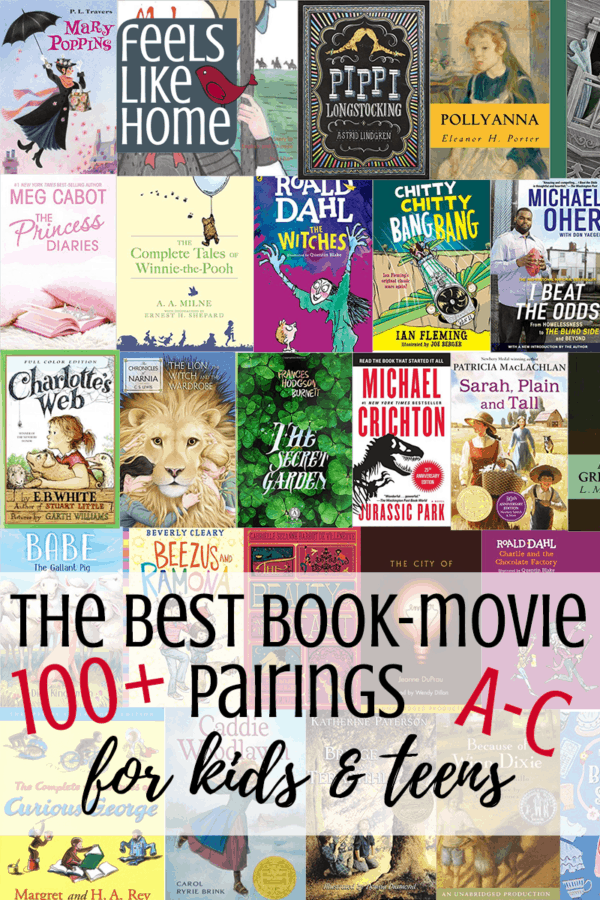 This website uses cookies to improve your experience while you navigate through the website. Out of these, the cookies that are categorized as necessary are stored on your browser as they are essential for the working of basic functionalities of the website. We also use third-party cookies that help us analyze and understand how you use this website. These cookies will be stored in your browser only with your consent. You also have the option to opt-out of these cookies. But opting out of some of these cookies may affect your browsing experience.
Necessary Always Enabled
Necessary cookies are absolutely essential for the website to function properly. This category only includes cookies that ensures basic functionalities and security features of the website. These cookies do not store any personal information.
Non-necessary
Any cookies that may not be particularly necessary for the website to function and is used specifically to collect user personal data via analytics, ads, other embedded contents are termed as non-necessary cookies. It is mandatory to procure user consent prior to running these cookies on your website.
SAVE & ACCEPT
837 shares