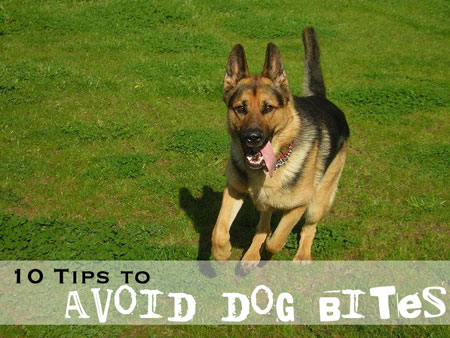 Pin
Around this time last year, Grace was bitten by a dog. It was a very small bite, barely a scratch on her leg, but the emotional wound will last a long time. Even now, she cringes and cries if a dog approaches.

Even if it's a dog she knows.

It breaks my heart.

Because May reminds me of that dog bite, I wanted to share some tips from dog trainer, Robert Cabral, known for his Black Belt Dog Training approach.

“Dog bites are statistically increasing. Peoples' reluctance to train their dogs or give them structure also contributes to the increase in bites,” says Cabral. “If you own a dog, enroll him in obedience classes; socialize him at an early age with people and other dogs.”

Please be safe and avoid dog bites this summer!